Sally continues to crawl toward the coast.  Now 110 miles south of Mobile, it’s moving NW at 2 mph.  Max sustained winds still 85 mph.  No significant change in strength is anticipated before landfall Wednesday, probably on the Alabama Gulf Coast.  After landfall, Sally will jog to the right and head toward central AL. 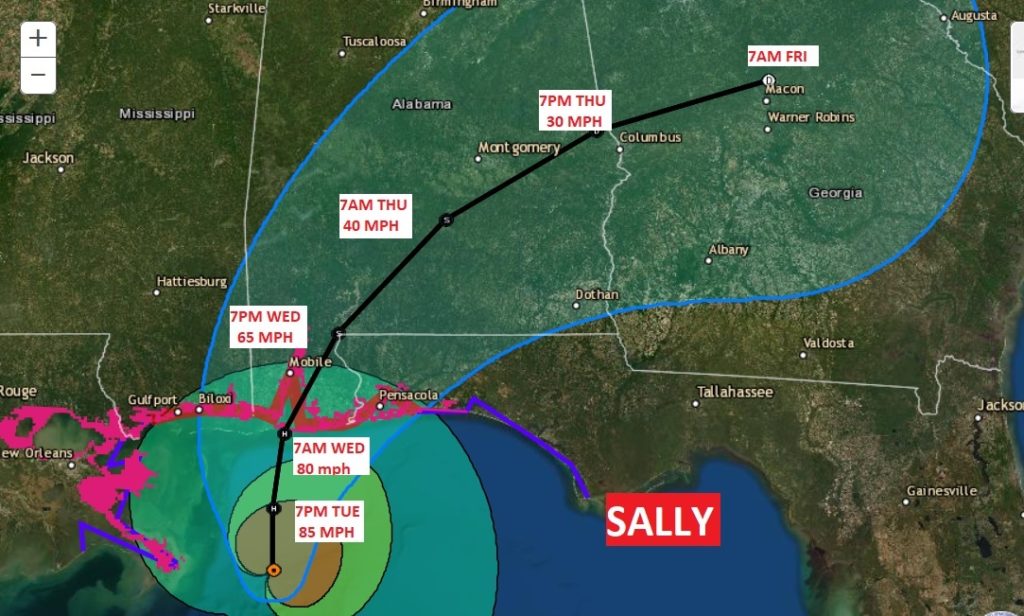 Updated projected rainfall totals are simply stunning, due to the slow movement of Sally.  Perhaps 8-10″ in places like Montgomery and Troy and closer to 15 to 20″ on the coast.  Flash Flood Watch continues.  NHC says: “Historic flooding possible” 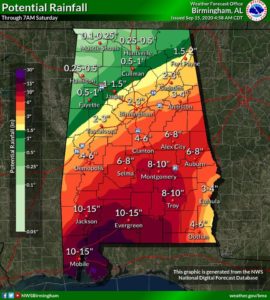 Hurricane Sally in the northern Gulf is an extremely slow mover.  Landfall on the northern Gulf coast could happen early Wednesday.  On it’s current track, it will have a profound effect our weather, especially Wednesday & Thursday, with excessive flooding rainfall amounts, gusty winds and the threat of Tropical Tornadoes.  On this video, will talk about the impacts, the risks and the timing.  Plus, we’ll look ahead to a nice weekend after we’re done with Sally.

Winds have come down a bit in Sally, now 85 mph, moving WNW at 2, expected to turn NNW and then north, and then northeastward across central Alabama.  Should make landfall on wither the MS or AL coast tomorrow.  Hurricane Warning as far east at Pensacola 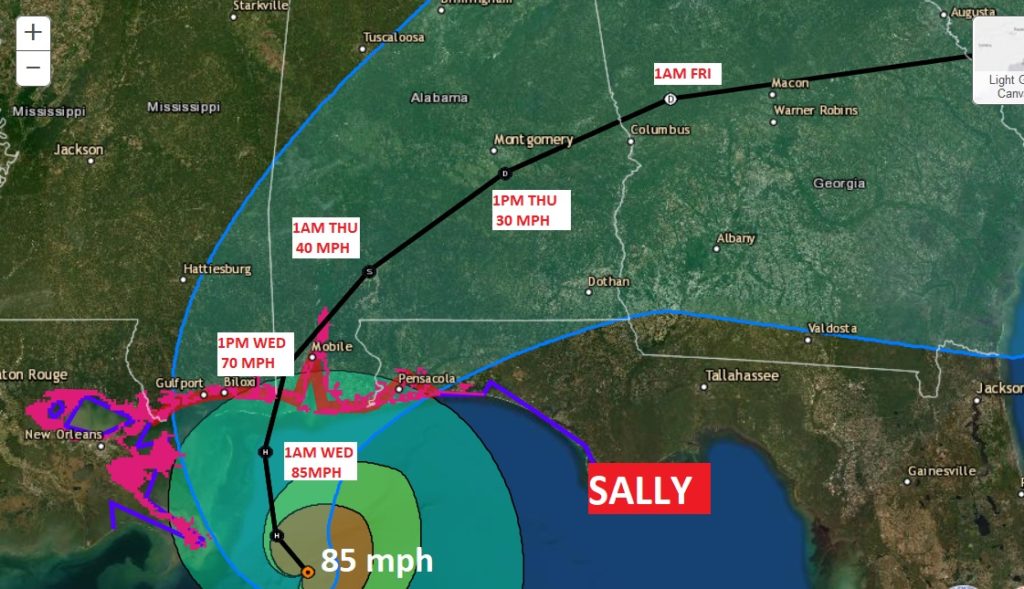 Rainfall amounts will be prolific.  Flash flood watch Wednesday and Thursday.  NHC says flooding will be historic in parts of the Gulf South. 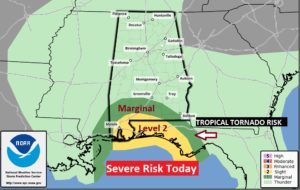 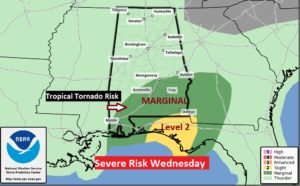 Sally will have significant impacts here in central Alabama. 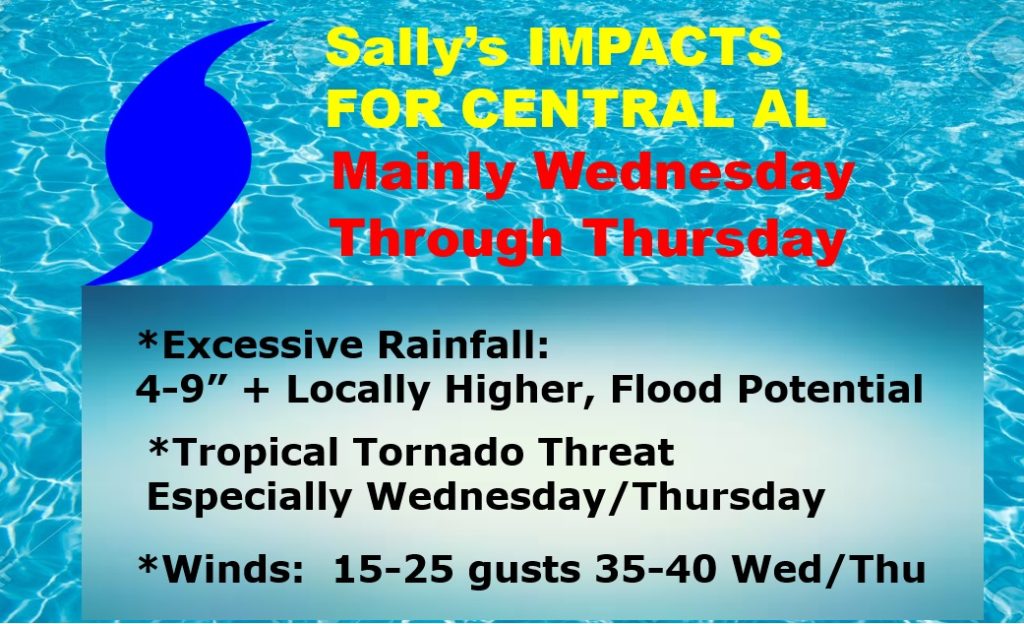 Nicer weather ahead this weekend! 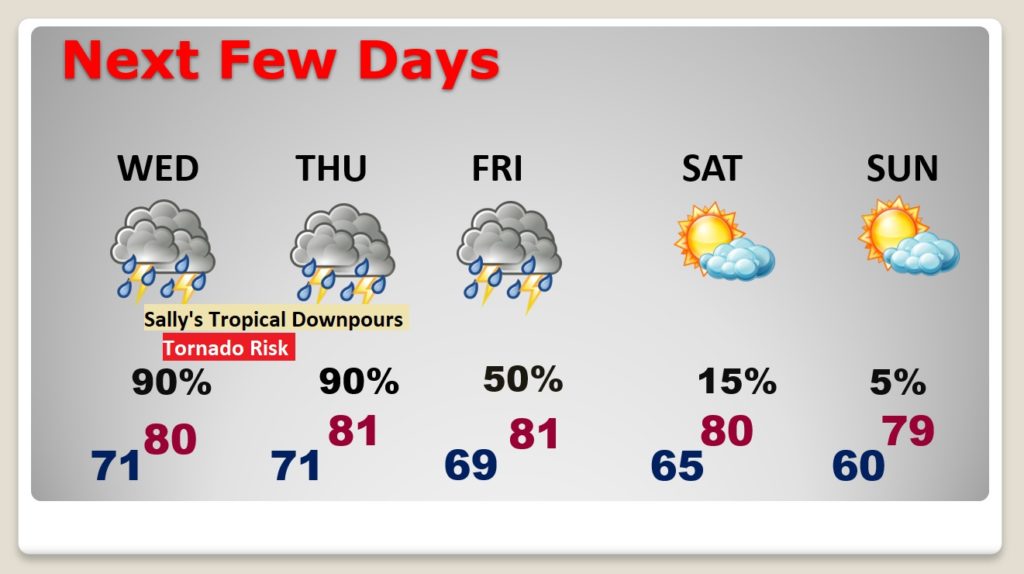 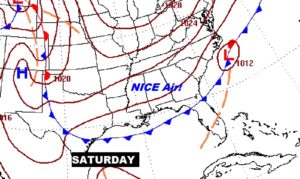 CRAZY in the tropics! 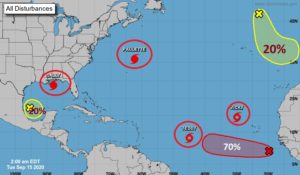