It’s a chilly start to Sunday morning.  Temperatures were in the low to mid 30’s at Dawn.  Should be a great day today, but we’re poised for a “bumpy” ride in the week ahead, with 2 storm systems: the first Monday and the second, stronger storm system Wednesday.  The Wednesday system is expected to be severe.  (details below) 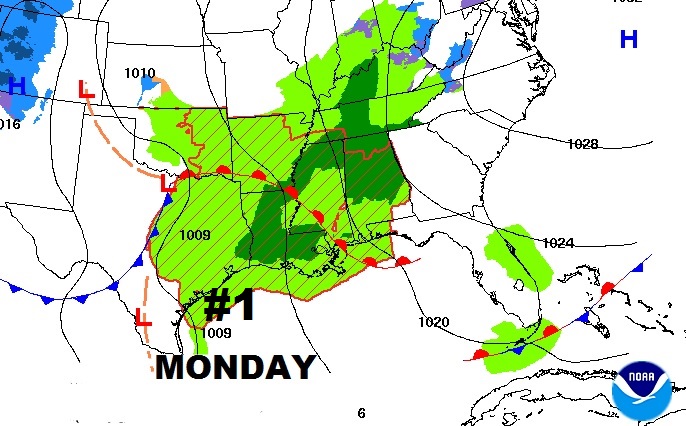 TUESDAY:  While we will be in between storm systems, we will be in the warm air sector.  High temperatures will soar to near 80.  Can’t rule out a stray shower or thunderstorm around.  We’ll call it mostly cloudy, but there will be some sun breaks, too.

WEDNESDAY:  Another very warm day with a high around 80.  Showers and thunderstorms will cross the state.  Some of the storms will be severe by afternoon & evening.  Details on the severe threat below.

SEVERE THREAT:  The Storm Prediction Center has most of the state in a severe weather risk on Wednesday.  The strongest risk is across the northern and northwest counties.  The primary risk will be damaging wind gusts, as a squall line with strong thunderstorms crosses the state ahead of a cold front, especially Wednesday afternoon into Wednesday evening.  While the tornado threat is relatively low, it is not zero.  A few tornadoes are possible. 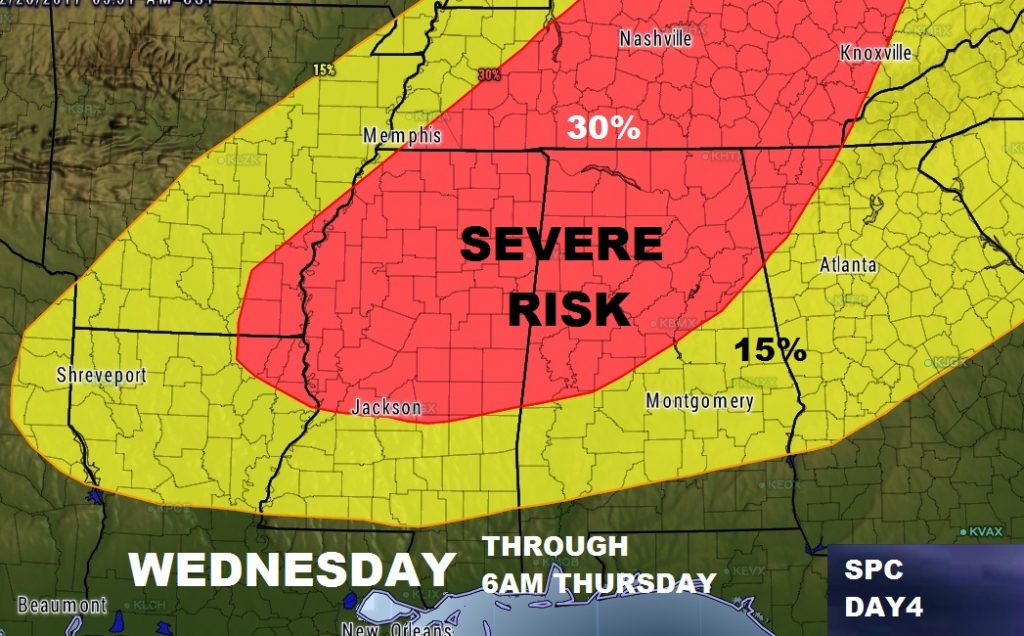 Here’s the set-up at Noon Wednesday, as a cold front moves into the state, with the strong line of thunderstorms ahead of it.   There is enough instability for widespread wind damage as the line of storms marches eastward. 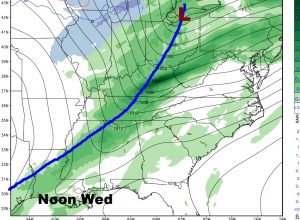 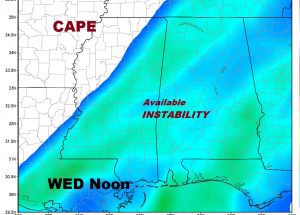 Rainfall amounts in the two storm systems will be heaviest across the northern counties.  Most of us will be in the 1 to 2” rainfall potential. 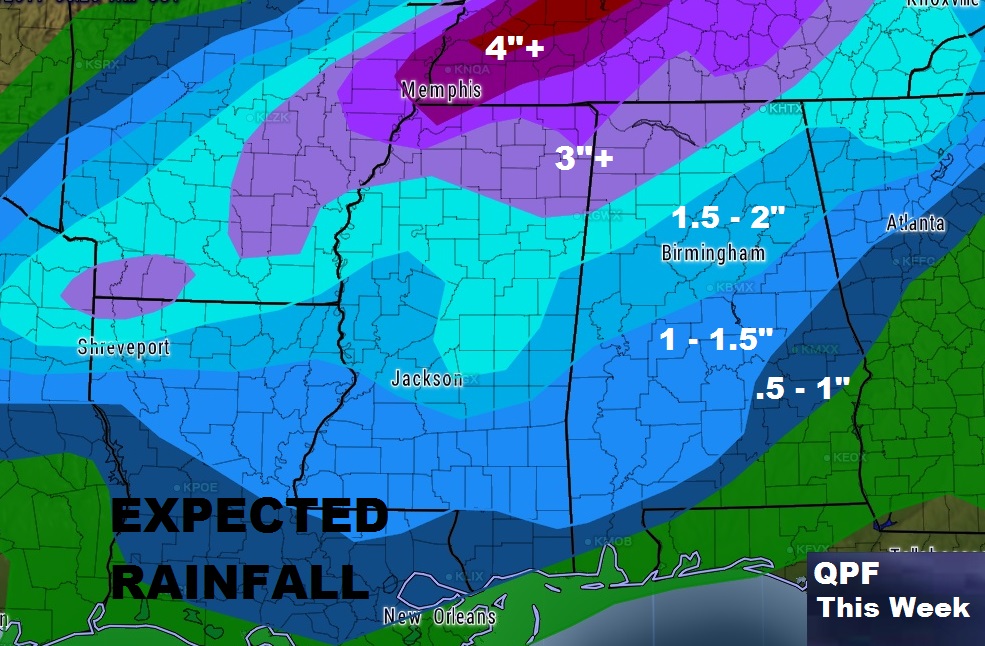 Behind the storm system, temperatures will turn much cooler by late week.  We could be in the upper 30’s by Friday morning. 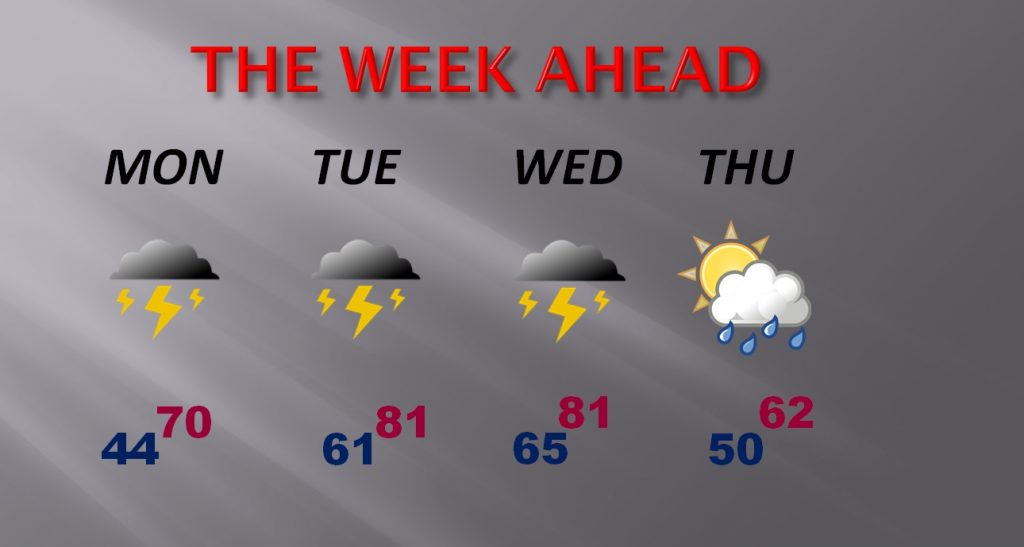 I’ll have more details in the morning about this active weather week and the developing mid-week severe weather threat on my next video tomorrow morning. My alarm goes off at 2.  Your video will be online by 5.   Have a great Sunday!