As Historic, life-threatening, unprecedented flooding from Harvey continues in Texas, the rain threat will be spreading to other states this week. I’ll update the prospects that we could see some Harvey affects later in the week.  Rain chances will increase by mid week.  Plus, another story on the east coast as Tropical Storm Irma will threaten the Carolina’s, and I’ll look ahead to the big Labor Day weekend.  Lots of good information on this Monday morning video.

The center of Harvey expected to go back over water and re-emerge on the upper Texas coast Wednesday before moving north into LA, AR and TN. 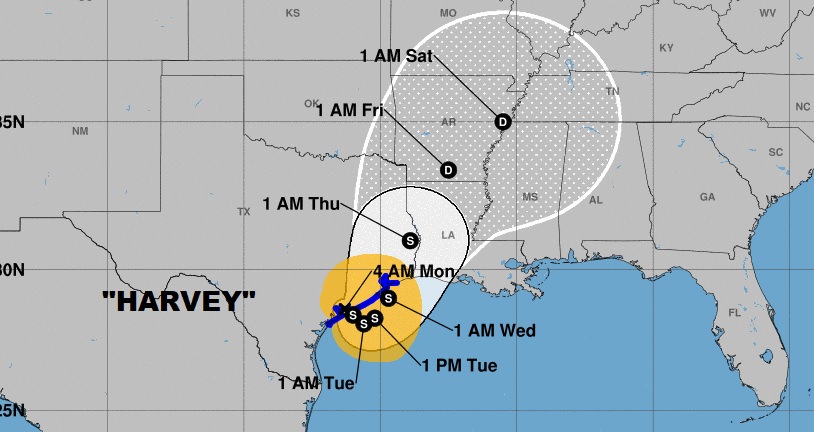 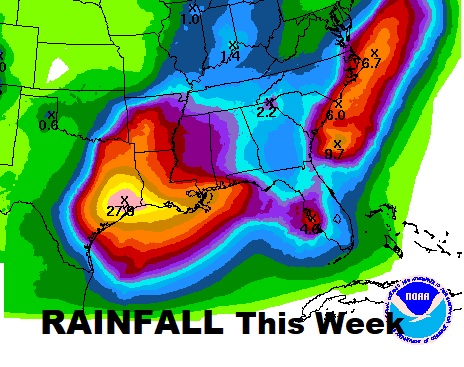 Tropical rainbands from Harvey will begin to influence our weather Wednesday through Friday. 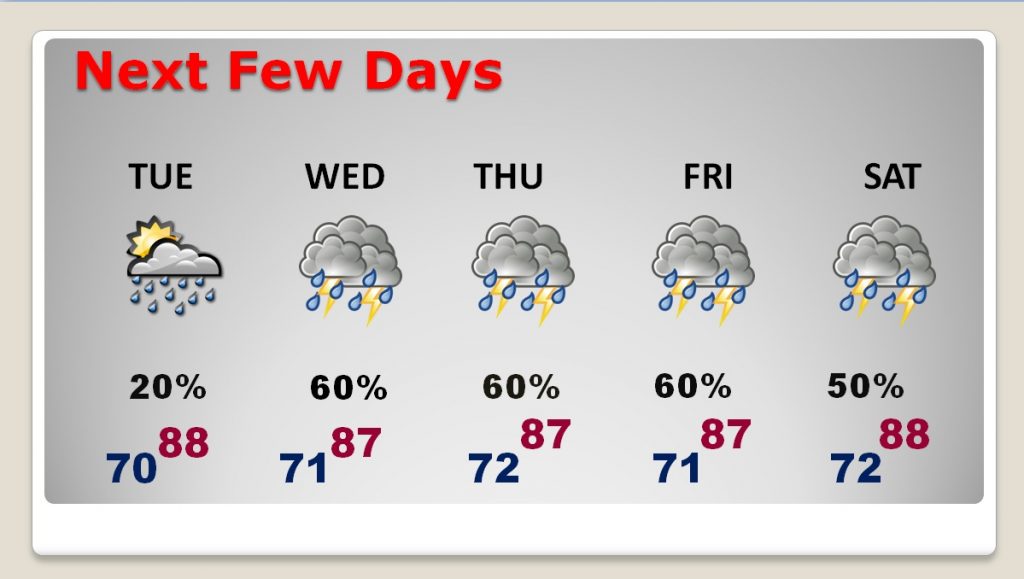 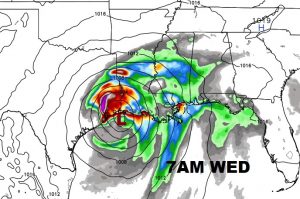 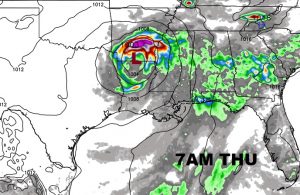 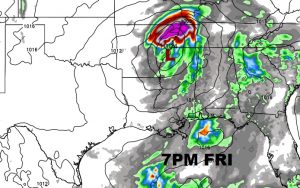 The other system, northeast of Jacksonville is Potential Tropical Cyclone 10, which will become Irma today and threaten the Carolinas.  Tropical Storm Watch for the Carolina coast. 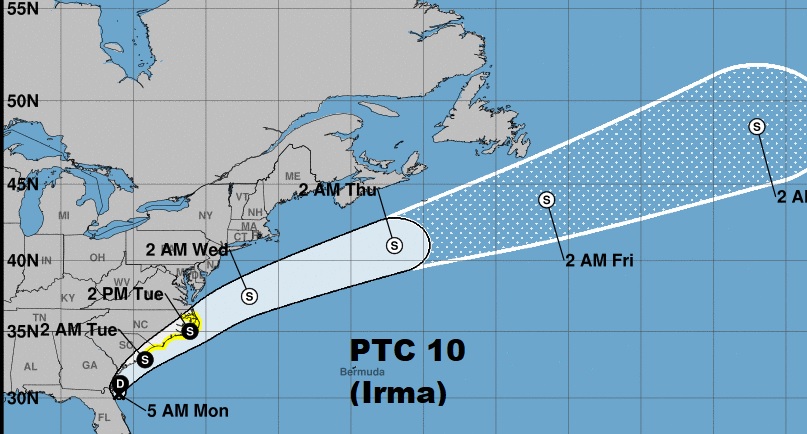 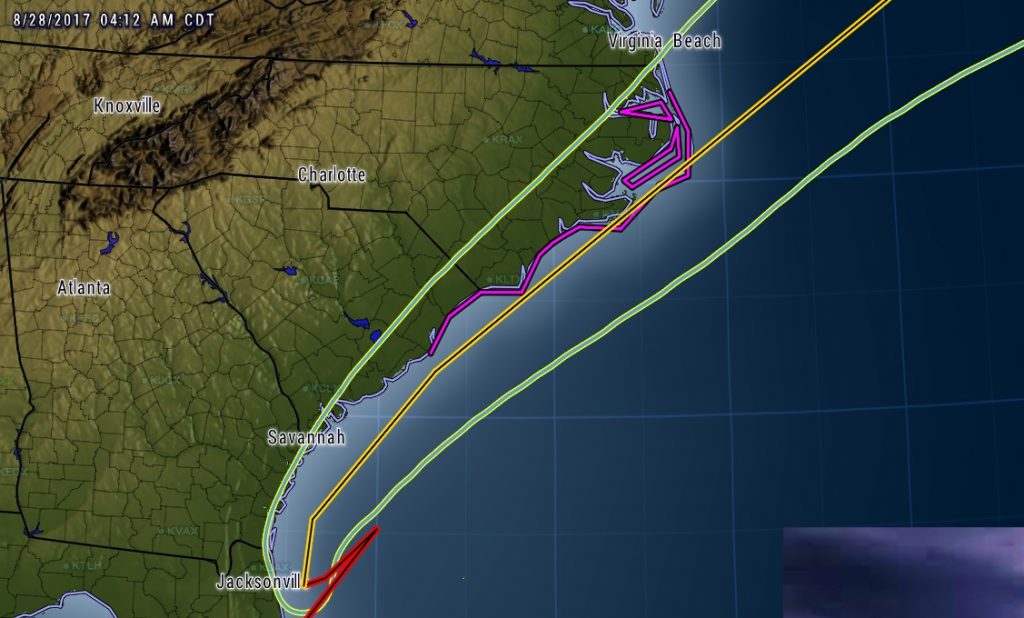