Harvey has produced 3-4 ft. of rain so far in the Greater Houston area, and is poised to make a 3rd landfall. Harvey’s Tropical moisture will bring rain to Alabama. Rainfall amounts could be heavy in spots. I’ll show you some model estimates. Meanwhile, the SE coast is getting ready for an encounter with “Irma” today. And, there’s more. I’ll break it down for you and tell what we can expect here through the Labor Day Holiday Weekend.

Harvey still a tropical storm located in the Gulf east of the Texas coast with 45 mph winds.  Expected to make a third landfall on Wednesday near the Texas/LA border, before moving northward through LA, MS into TN. 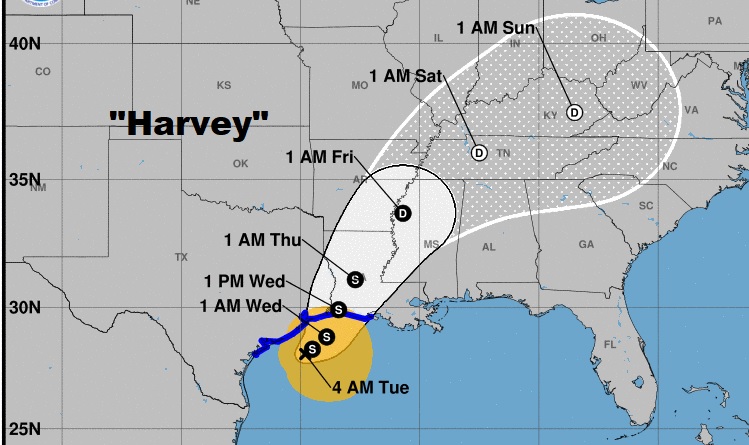 Here in Alabama, Harvey’s affect will be mainly Wednesday through Friday, as a tropical plume of moisture of the east side of the storm funnels heavy rain into Alabama.  A spin up tornado threat is also a possibility. 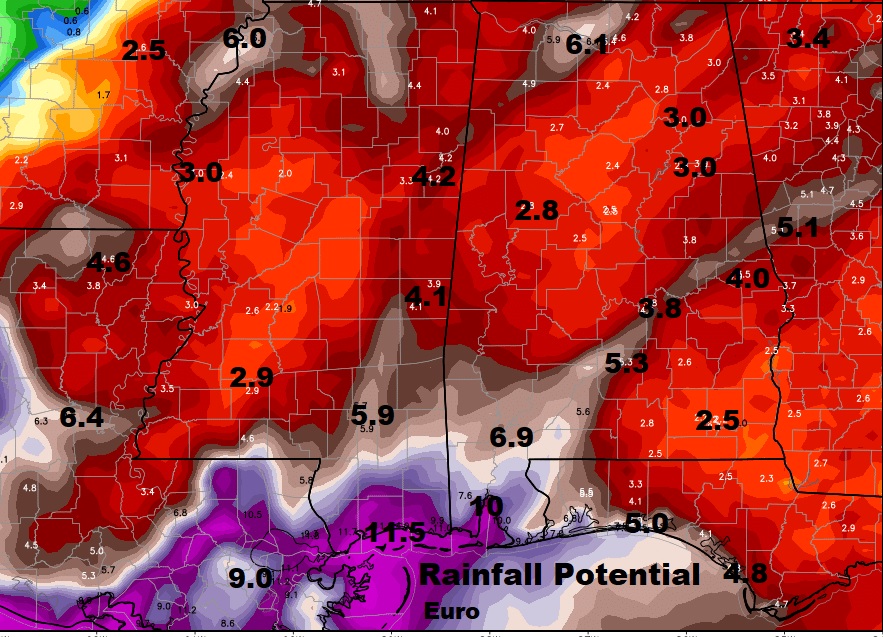 The American GFS global model has a similar idea.  Drenching rainfall totals here in Alabama, especially on the coast. 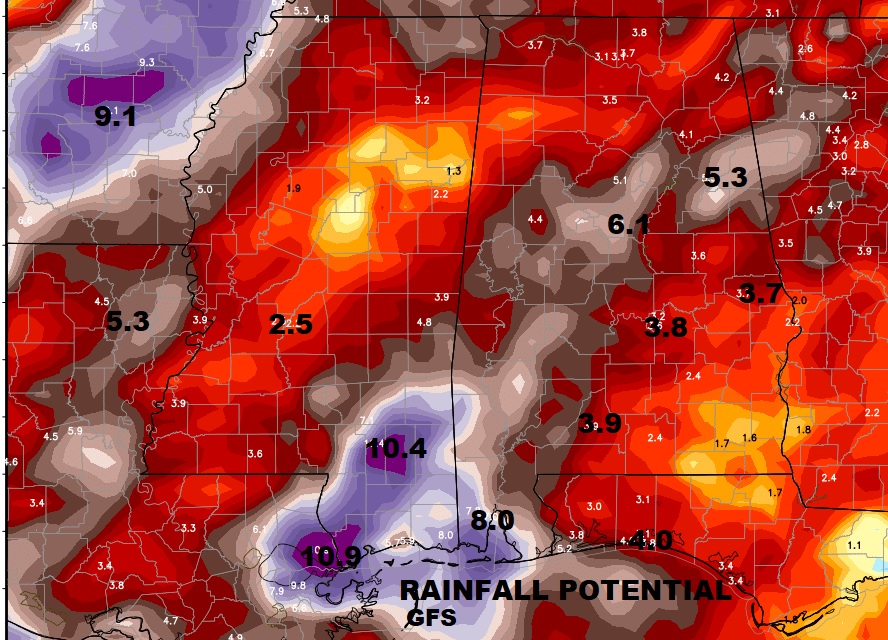 Greatest spin-up  tornado threat in Alabama will be on Thursday 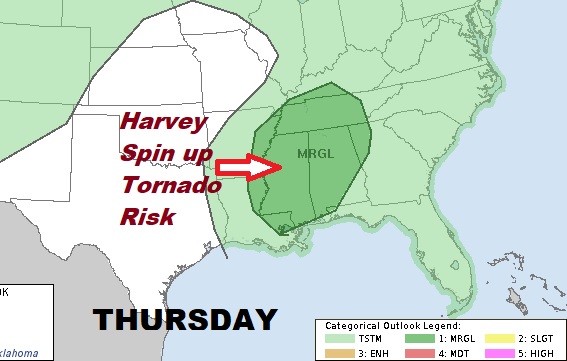 And it’s not just Harvey.  There’s the Irma threat (PCT 10) along the Carolina coast and a new Invest 93-L which could someday be a major hurricane named Jose in the next 10-15 days with a possible US threat not out of the question. 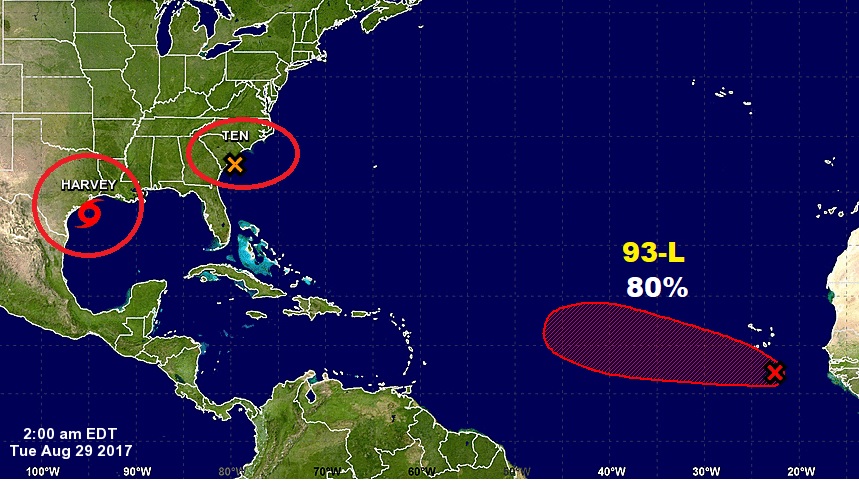 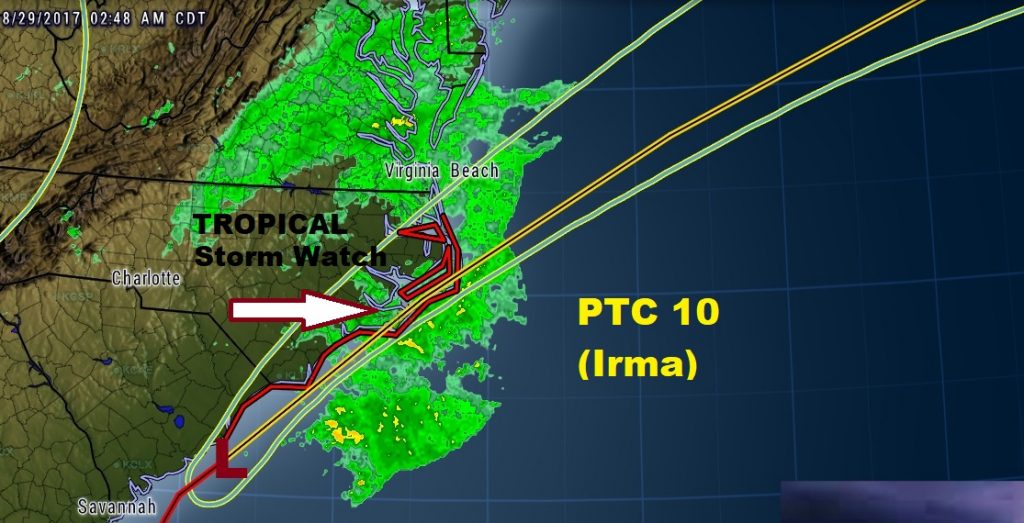 Our Next few days… 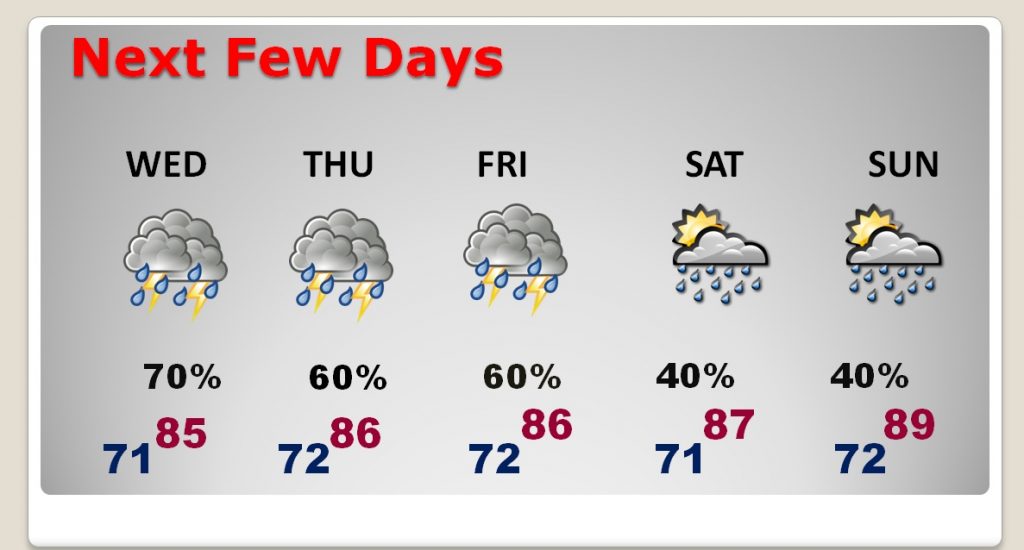