**Harvey makes 3rd Landfall on the Gulf Coast** Harvey’s fringe affects will impact our weather next 2-3 days.  I’ll update how tropical downpours could cause some heavy rainfall in spots.  Maybe a spin up tornado or two in the state today and tomorrow.  But, you’ll like changes I made to the Labor Day weekend forecast.  And, don’t look now, but we may be dealing with something new in the Gulf next week.  An update for you on the active tropics.

Latest cone from the hurricane center.  Early this morning Harvey made it’s third landfall west of Cameron, LA.  with winds of 45mph.  It will become a depression later today as it tracks northeastward. 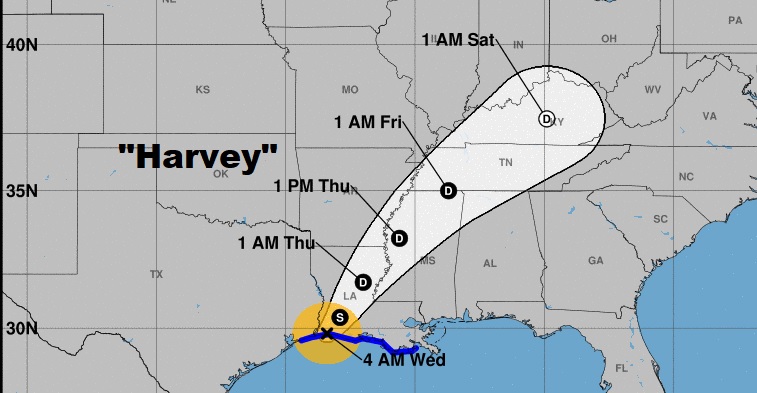 I think for most of central Alabama 2-4″ rainfall will be common from Harvey.  Here’s a couple of the global model raw output numbers starting with the GFS. 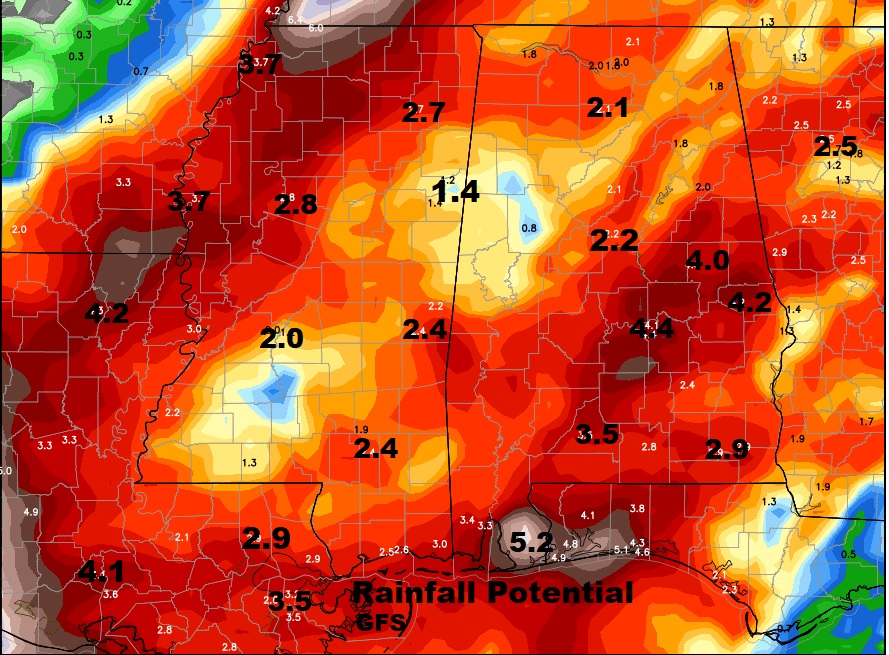 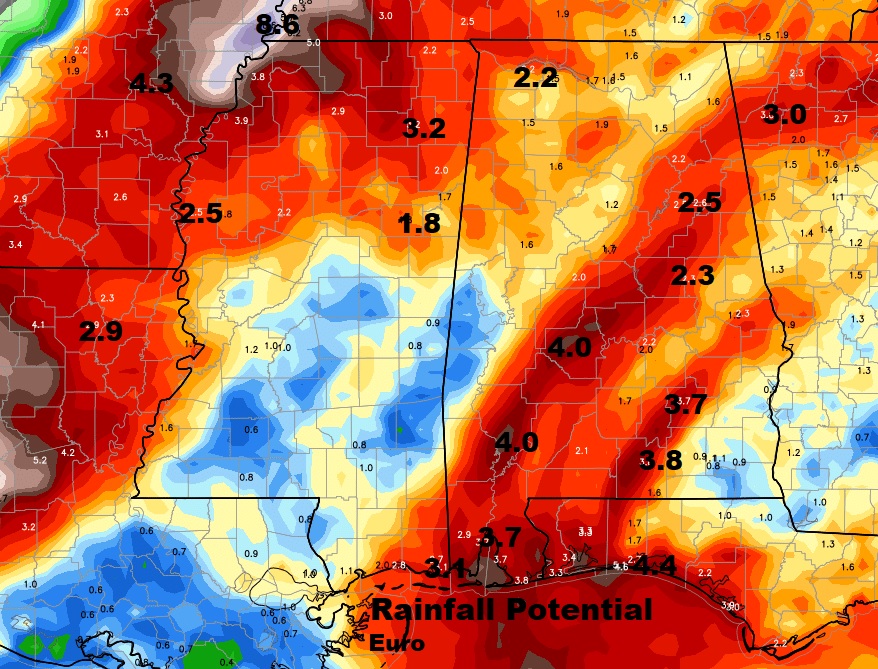 The Storm Prediction Center says there could be a few spin up tornadoes in the state, associated with Harvey.  That’s very routine with any landfalling tropical system.  They will be brief and the threat is not a strong threat, nevertheless I wouldn’t be surprised to see a few today & tomorrow. 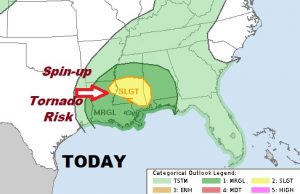 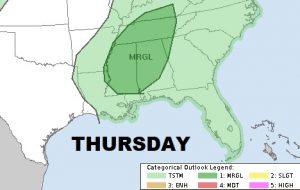 After Harvey, our forecast is getting a lot better for the rest of the Labor Day Holiday Weekend. 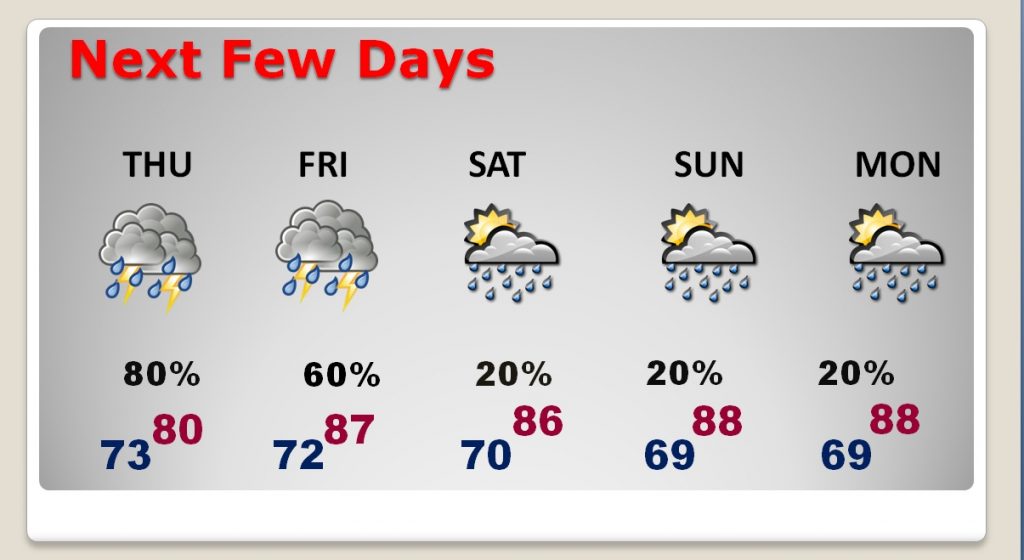 Don’t look now, but there could be more Tropical Trouble in the Gulf next week.  Here’s the Euro model. 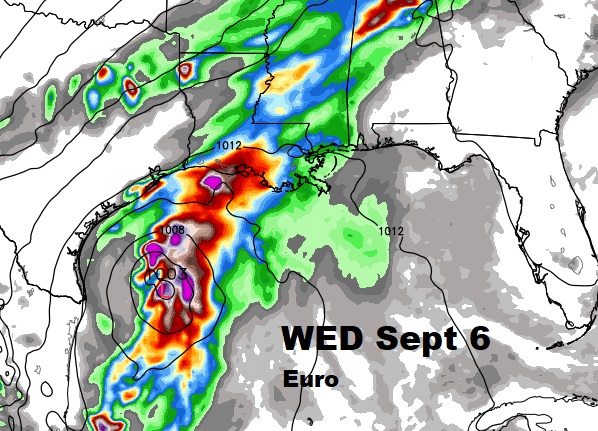