Timing is everything.  Harvey got out of our way for a great Labor Day Holiday weekend forecast.  Sunshine will dominate each day.  Rain chances will be almost zero, but not quite.  Highs will in the upper 80’s today tomorrow and Monday.  Lows tonight and tomorrow night in the upper 60’s.  Showers & storms will pop up Tuesday & Wednesday, ahead of an important cold front.  The front moves through Wednesday.  Beautiful fall-like air will follow.  Highs will fall back to the low 80’s and we could see upper 50’s for night time lows by Thursday night. 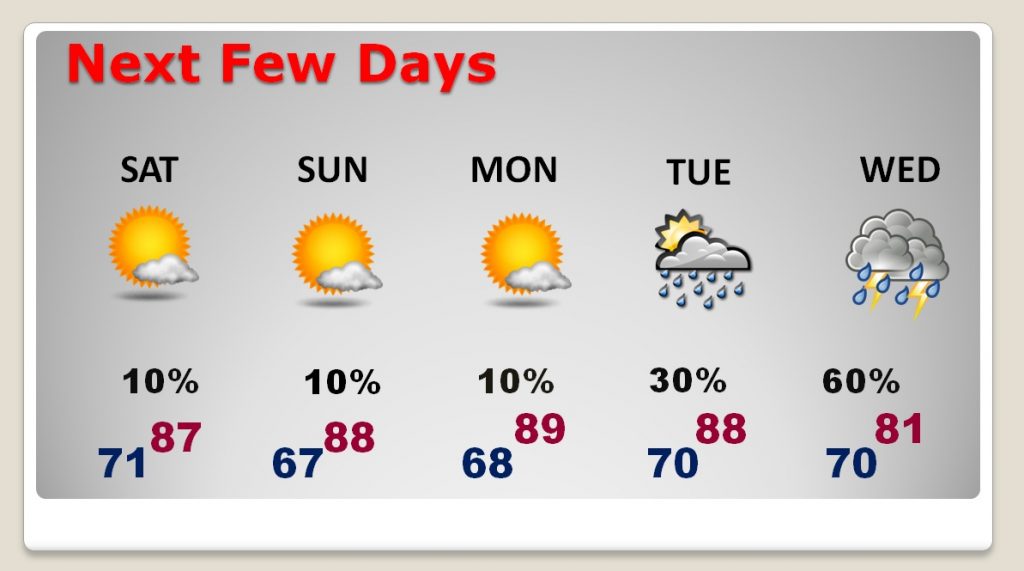 COLD FRONT NEXT WEEK:  That late week cold front will bring in some nice air beginning Wednesday night with lower humidity and comfortable temps. which should last into next weekend. 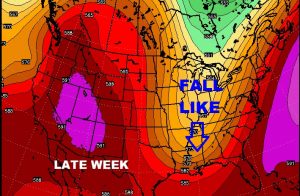 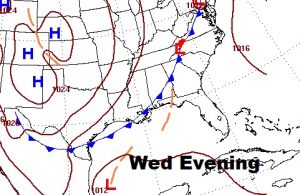 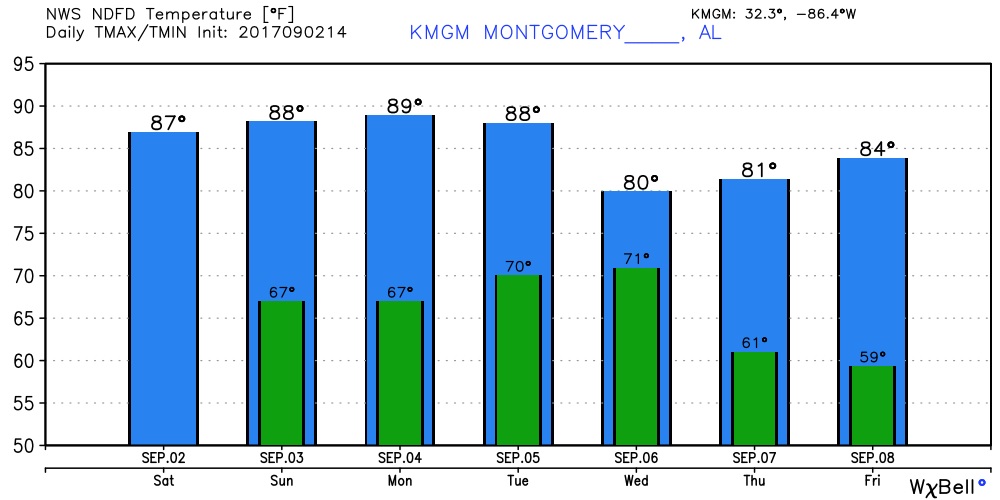 HURRICANE IRMA UPDATE:  Irma is still a powerful hurricane with 110 mph winds, moving west at 14.  While it lost it’s major category status yesterday, Irma is expected to regain Cat 3 status as it passed north of the Windward Islands early next week. It could be a Cat 4 storm by Tuesday. 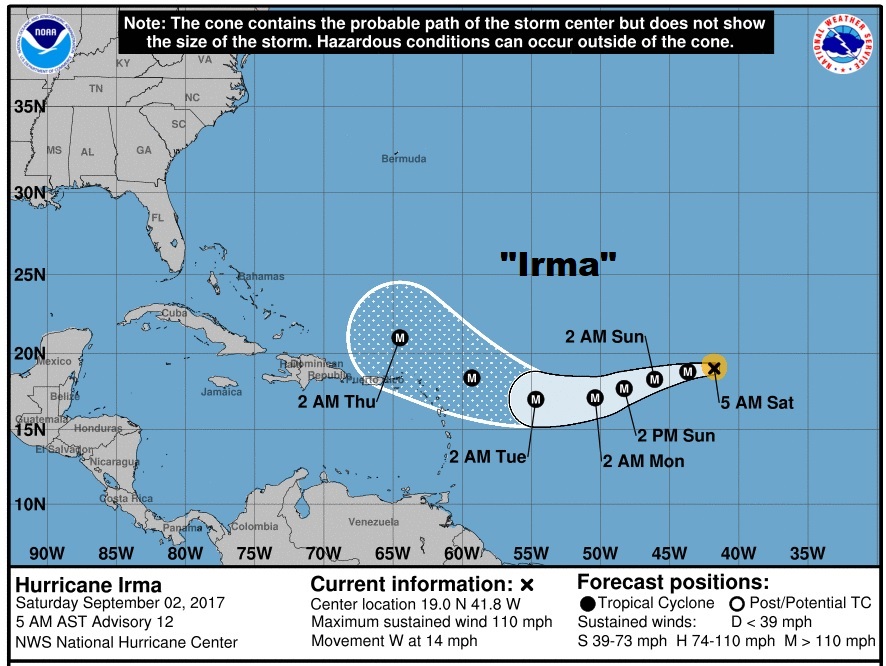 WHERE WILL IRMA GO?:  It’s still too early to say how much of an effect Irma could have on the United States next weekend, somewhere in the vicinity of Sept 9-10.  Look at the three global models, while most “ensemble members” of  the Euro and Canadian generally keep Irma off shore, the GFS suggests a possible encounter with the US coast line north of the Carolina’s.  The upper level forecast 6-10 days out will be critical in determining Irma’s eventual track.  It’s complicated 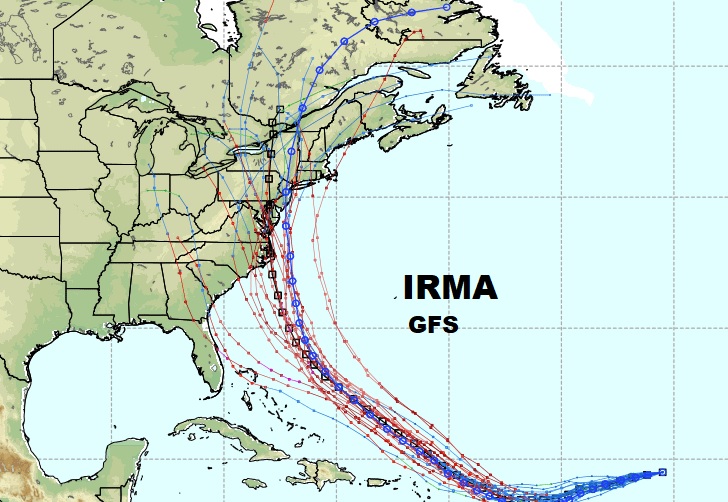 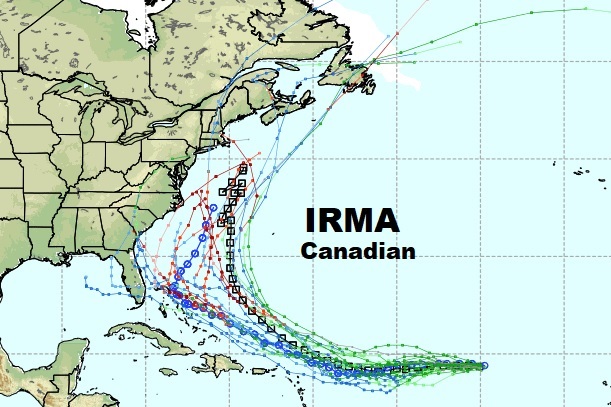 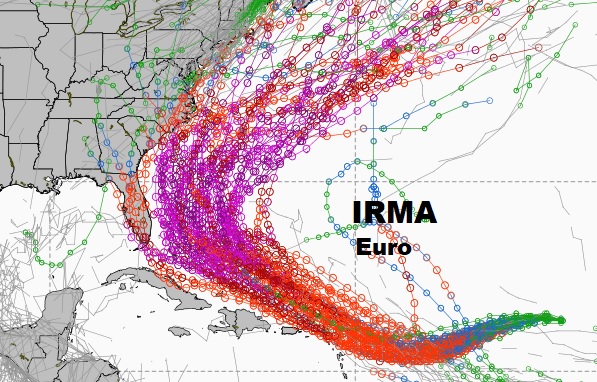