Forecast Update – & All Eyes on Irma

Good news in the short term for the rest of this Labor Day holiday weekend. Sunshine dominates.  Rain chance just about zero.  Highs upper 80s to near 90.  Upper 60’s.  Much excitement about a mid-week cold front, which will deliver pristine air and comfortable temps. (More about that in a moment.  All eyes on major Hurricane Irma.  Good information below of the intensity, track and land areas that could be affected.  It’s not out of the question that the United States could take another direct from another dangerous monster in perhaps 8 days.

NEXT FEW DAYS:  Quiet through Labor Day.  Great news for holiday cookouts, or whatever you have planned.  Showers return Tuesday.  Good chance of showers and storms Tuesday night in through a good Wednesday as a cold front moves through.  MUCH nicer air behind the front. We could have upper 50s in the morning by dawn Thursday and Friday morning, too.  Much lower humidity!  The real deal. 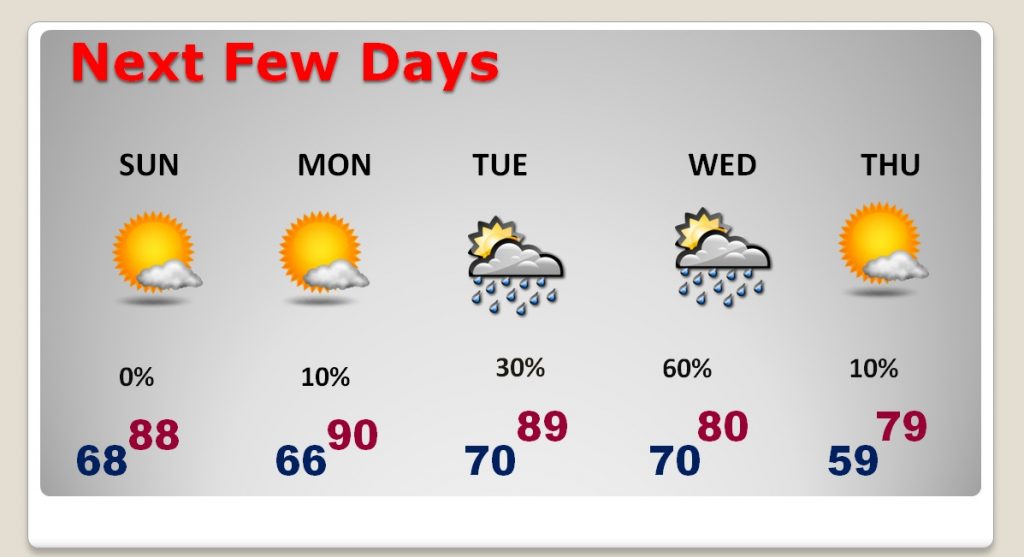 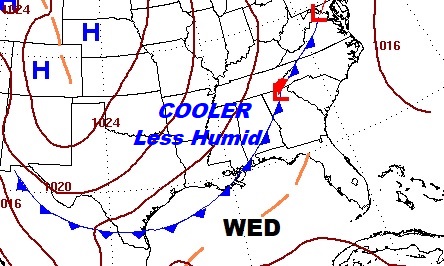 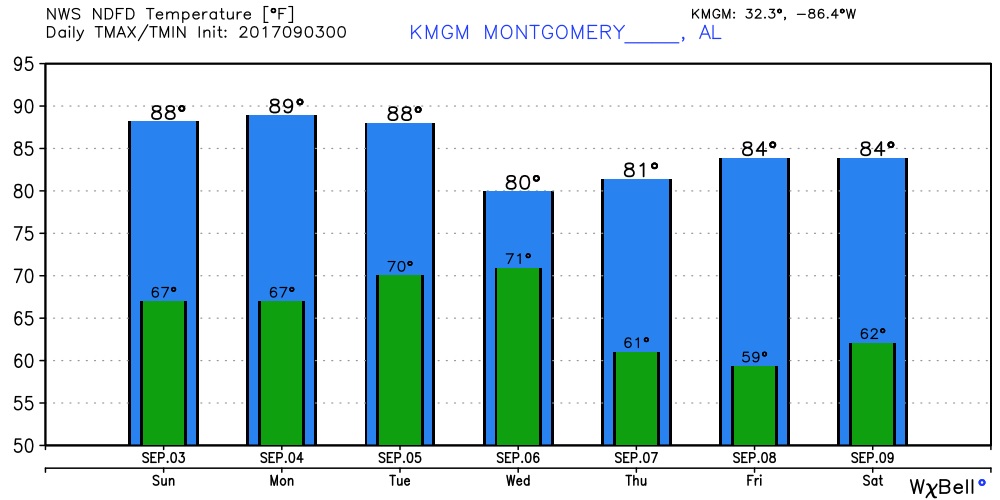 HURRICANE IRMA UPDATE:
“Irma” regained strength overnight and is now Category 3 again.  Expected to be Category 5 in 72 hours.  It will threaten extreme northern Windward Is. by Tuesday night. Could threaten the SE Bahamas by Friday. The global models suggest to east of FLA on Sunday Sept. 11.  The pressures the models are printing out are astounding.  GFS lowers Irma’s pressure to 895mbs.  in the Bahamas Saturday.  That would be close to an Atlantic basin record.  The lower the pressure, the higher the winds. 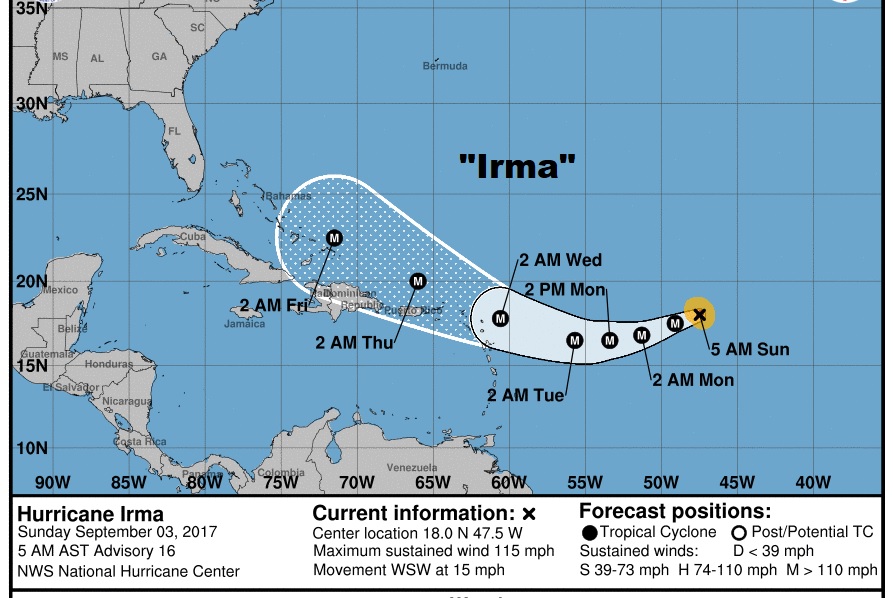 The three major global models vary.  You see several lines on these maps.  Several versions of each model are run with a slightly different “recipe, you might say.  We are still several days until Irma could possibly interact with the United States.  Many things could happen to change the forecast track. However, 8 days out, there seems to be a consensus that Irma could be a threat to southeast Atlantic coast by about Day 8.  That would be around Monday, September 11, perhaps as a cat 5 hurricane, just a little over 2 weeks after Harvey. Here’s a sample of the morning global model runs:  The US models,  the highly respected Euro model, and the Canadian GEM: 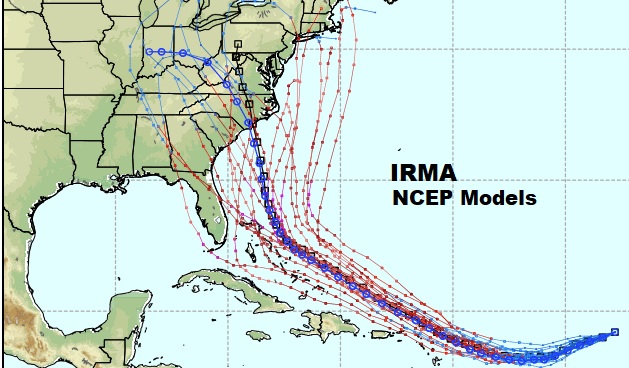 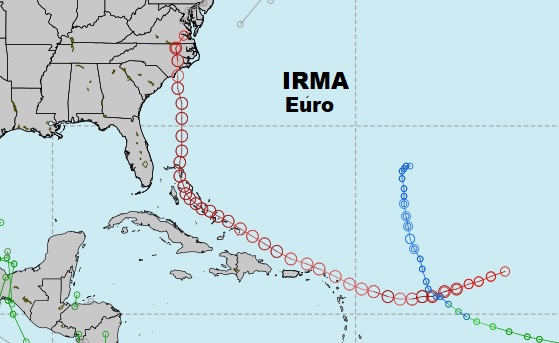 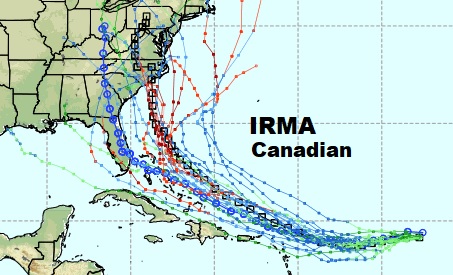 I’ll have another update for you tomorrow morning.  No video, in this holiday mode, is scheduled until Tuesday morning around 4:45AM.  Have a great rest of your Labor Day Weekend!