Dense fog advisory expires at 9AM.  And, here we go again.  Humidity, heat and scattered storms are on today’s menu again.  Coverage will be roughly 40%.  It was feast or famine yesterday.  Many towns had nothing.  The Montgomery Airport had a trace.  Red Level had 2.77”  There were some severe thunderstorm warnings in spots.  Today won’t be quite as active.   Here’s Future Radar today.

WEEK AHEAD:  Drier air Monday & Tuesday, means more sun and storms will be hard to find.  And approaching disturbance will increase the risk of storms by Wednesday through Friday.  It will be HOT, with highs mostly in the lower 90s, in these last few days of official summer. 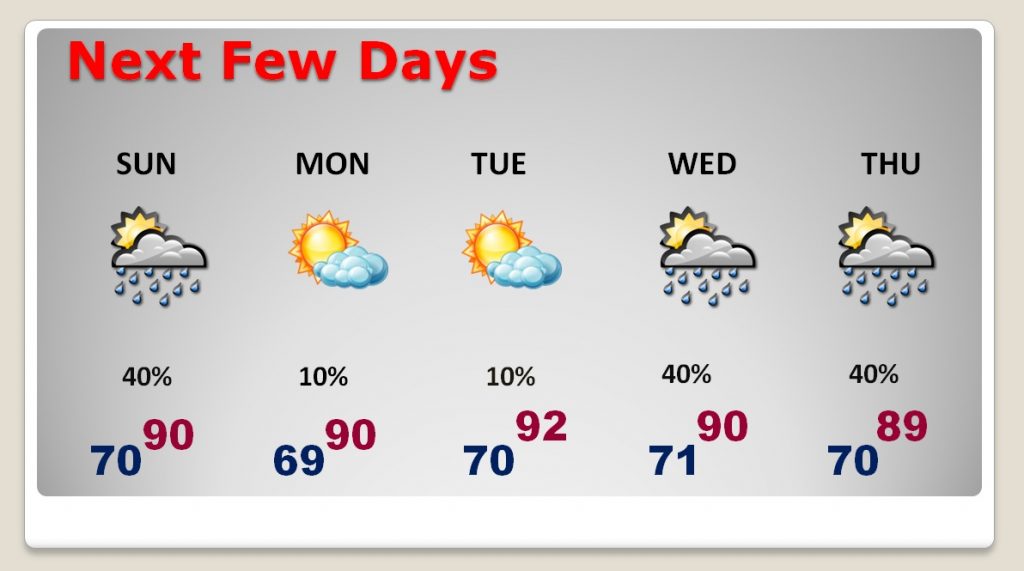 THE TROPICS ARE BUSY:  All of a sudden, Jose has siblings.  Lee and Maria were born in the tropical Atlantic yesterday.  One of the three could have implications for the southeastern United States as I hinted Friday & Saturday.

Briefly, Jose, who has already had a long life may tease the middle Atlantic or northeast coastline by the middle of this week.  It will be more of nuisance than anything else.  Gusty winds, heavy surf….kind of like a nor’easter in the winter.

We don’t care about Lee.  It will be an Atlantic “fish” storm before it fizzles.  The storm which could have implications for the US in the 7-10 day time frame is Maria.  Maria could become a major hurricane and be a significant threat to some of the Leeward Islands, Puerto Rico, the Dominican Republic and Haiti, as it continues northwestward toward the Bahamas and the SE US.   Maria worries me A LOT.  We will have to monitor it’s progress.  Who could affect?  Well, this many days out, like we learned with Irma, the models disagree widely.  But any place from the Gulf states, to Florida and all the way up the US east coast  are fair game for Maria.  OR, Maria may curve and miss the US altogether.  The point is, we don’t know.  Below, I have the latest Maria cone, and the spaghetti models. 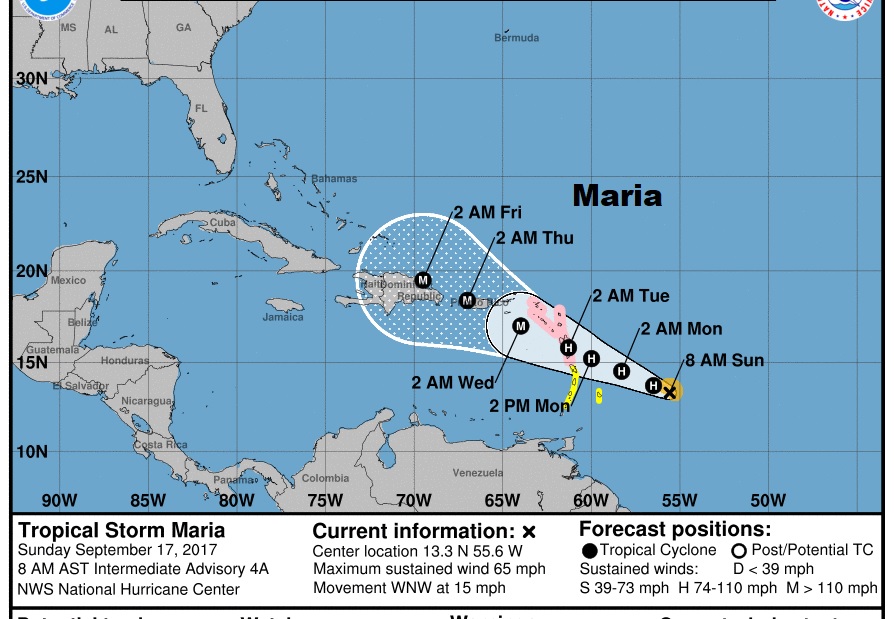 The three key global model tracks concern me.  Here’s the GFS, the Euro and the Canadian. 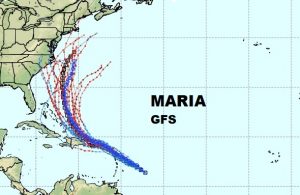 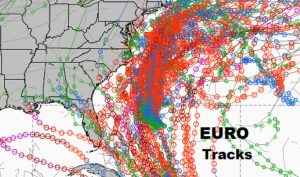 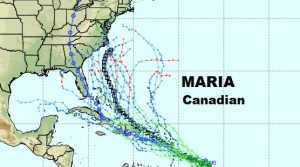 Here’s the cone on Jose and Lee, too. 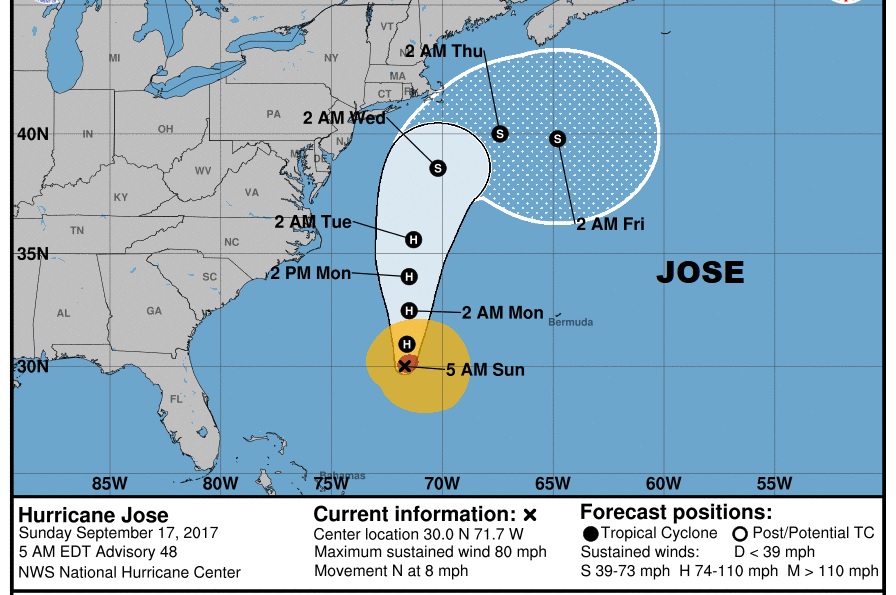 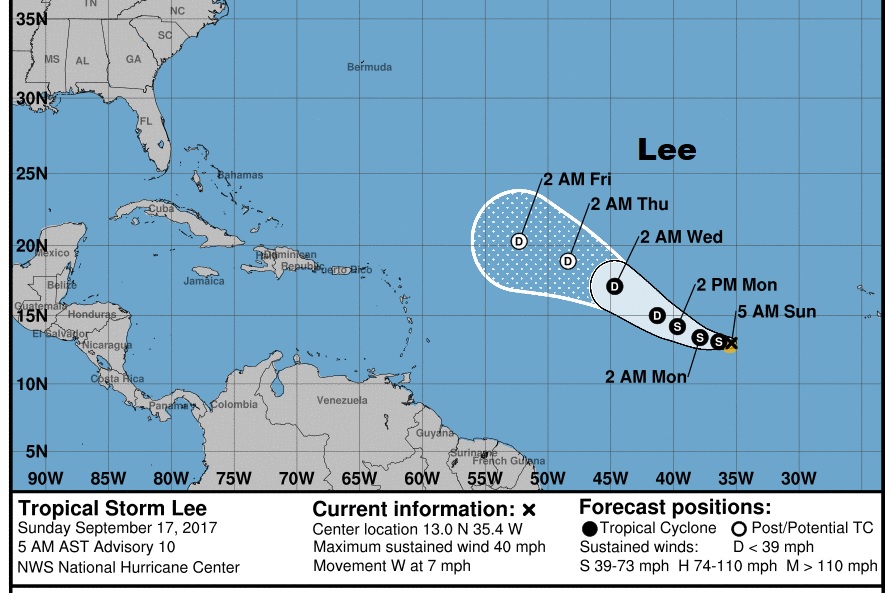 Greetings from Southern California where the ian day of the Broadcaster’s workshop is today.  We’ll be “in class” from about 8AM until 5:30PM, with a break for lunch.  I’m excited about the lineup of “Talks” today.  The purpose of this trip is to listen and learn.