Storms will thin out in number today, but I’ll show you how our rain chances will pick up again later this week.  The big thing everybody is talking about is the tropics.  Jose is still around, and Maria could threaten Puerto Rico as a major category 4 storm.  Then, where does it go?   I’ll show you the latest on your Monday morning weather briefing from Southern California.

Today will be a hot and humid day with widely scattered storms in the afternoon in the evening.  High near 90 today and low near 70 tonight.  Rain chances about 20%. 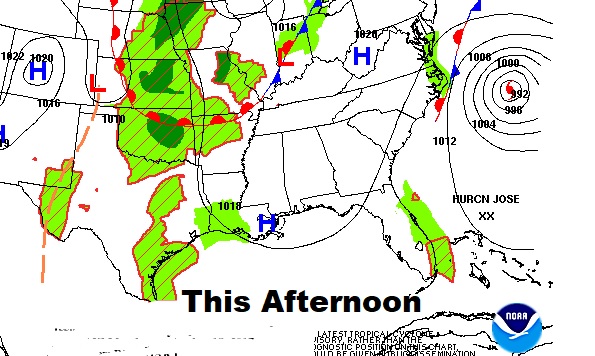 Next few days will really feel like summer, even though we are in the very last few days of official sumer.  Storms will increase in number by about Wednesday & Thursday as a disturbance approaches. 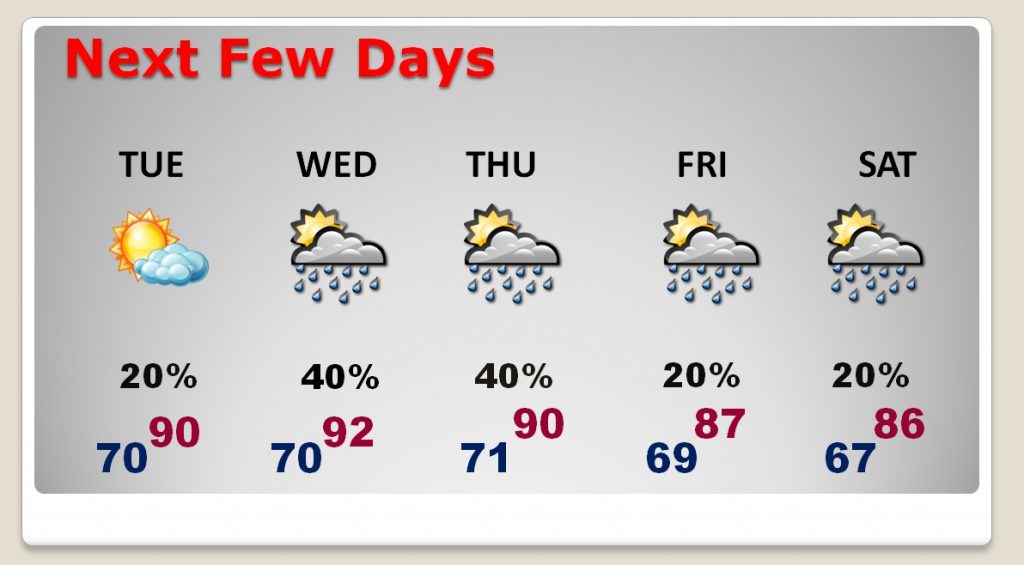 In the tropics we have two hurricanes, Jose and Maria and what’s left of Lee, now a tropical depression. 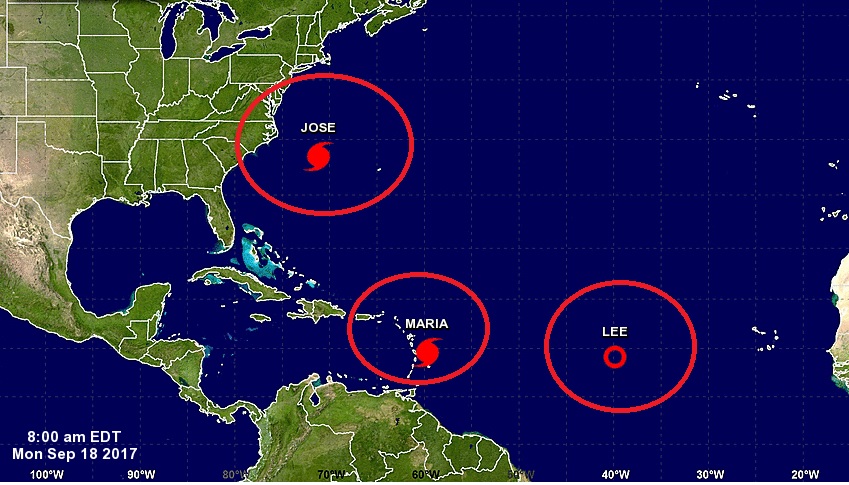 Although Jose will stay off the US coast, it will cause a lot of wind and waves along the US east coast from the Carolinas to Cape Code.  Tropical Storm Watch in effect on the coast., 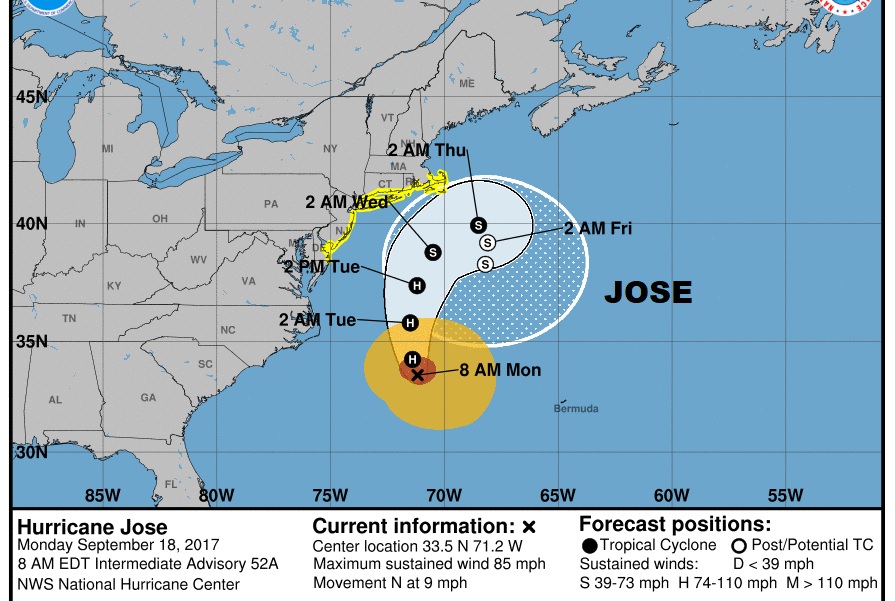 Maria is a hurricane that could have a significant impact on a lot of land areas.  Hurricane warnings for the Leeward Islands including many areas that were impacted by Irma.  Maria could become a major Cat 3 or 4 hurricane and impact Puerto Rico in a big way.  Hurricane Watch in effect.  After that…Turks and Caicos.  But will Maria impact the US or stay off shore.  Most models suggest it will make the curve, but we don’t know.  ALL EYES ON MARIA.  Global spaghetti models below. 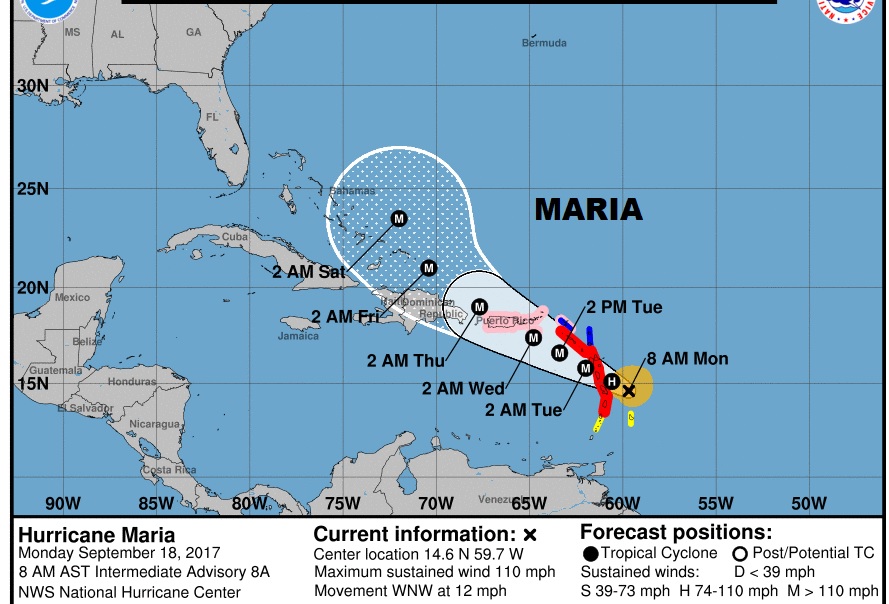 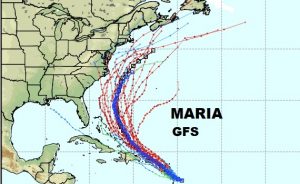 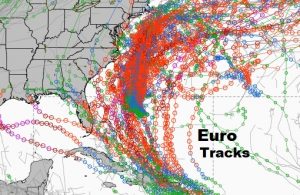 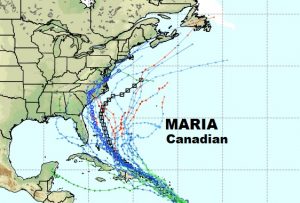 As you heard in the video, I’m here in southern California at the National Weather Association Conference.  I will try and get you a video again tomorrow morning.  Keep in mind I’m operating on Pacific time.  Tuesday late in travel time.  Probably NO Wednesday AM video, but back to normal on Thursday morning.  Have a great day!