Cooler air has overspread the state.  We should see a cool, but nice day today with sunshine.  After a chilly start in the upper 30’s, our high will reach the low to mid 60’s  Another chilly night is on tap.  In fact, we are headed for the coldest morning of the week, with mid 30’s by about dawn.  The week ahead will feature a warm-up, followed by 2 fronts which will bring a chance of much needed showers.  Then, a cool-down will start the month of December.

NEXT FEW DAYS:  After a cold start Monday morning, our temperatures will rebound this week into the low 70’s by Wednesday and Thursday.  A couple of fronts on the way will bring a threat of showers by Wednesday night into Thursday. 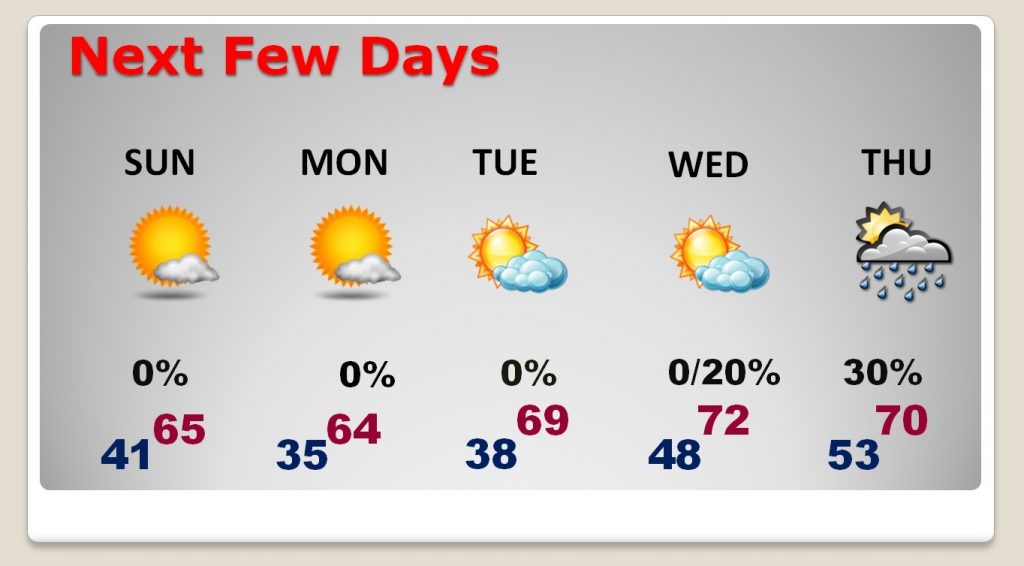 COOLER BY THE WEEKEND:  Behind the front, cooler drier air moves in to start the month of December.  We’ll only be in the lower 60’s by Friday & Saturday and into the 30’s Friday night/Saturday morning. 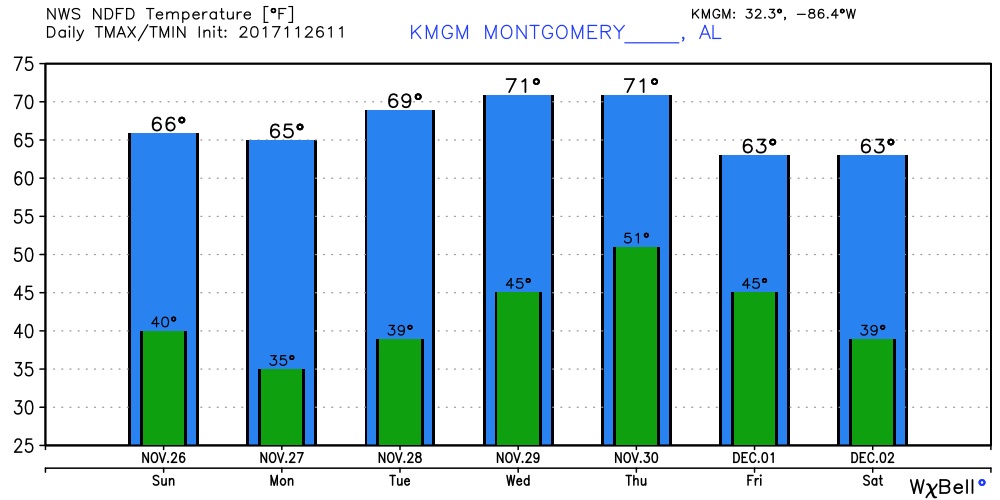 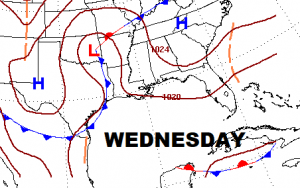 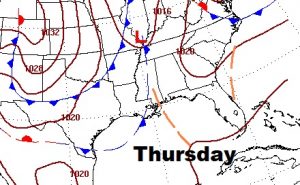 SPACE STATION TONIGHT:  Set the alarm on your phone for about 5:30PM.

This evening, the Space Station (ISS) will streak across the southeast sky between about 5:32-5:35PM.  This will be a good one..very bright.  It won’t be straight overhead, but it will be prominent in the SE sky about 60° above the horizon. 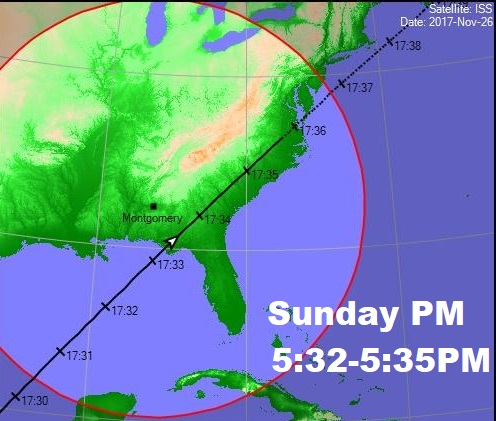 I will have a complete video update tomorrow morning.  I’ll have a look at the week ahead, including the first weekend in December.  Plus, will update our rainfall deficit, in shat should be a wet & stormy time of the year. Are we headed for another drought.  And, a look ahead to some colder weather on the distant horizon in December.

Have a great Sunday!