First, today should be a pretty nice December day.  After a bone chilling start in the 20’s, we should see a nice recovery into the mid 50’s with partly sunny skies.  The weather will be just about ideal for the Camellia Bowl tonight with temperatures in the 40’s.  Skies will become mostly cloudy.  The overnight low by morning will be close to 40.

MAJOR PATTERN CHANGE AHEAD:  Radical changes in our pattern are underway.  In the upper atmosphere, a huge ridge of high pressure will replace the trough which has allowed cold air intrusions.  The end result will be a period of Springtime in December, with highs into the 60’s each day, and a series of disturbances, which will bring in rounds of showers and thunderstorms at times. 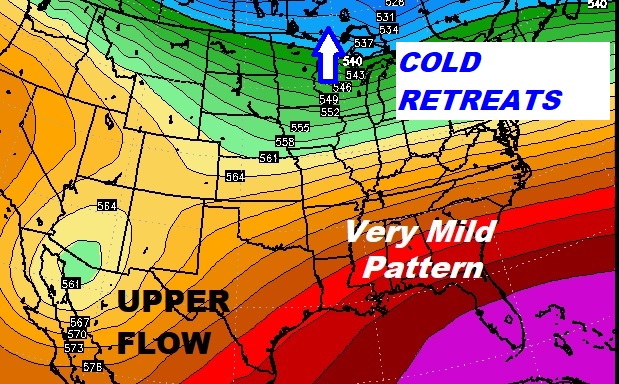 NEXT FEW DAYS:  The cold air retreats back into Canada.  Milder days are on tap.  We’ll be near 60 on Sunday as scattered showers return.  And, it will be wet at times, Monday through Wednesday with scattered showers and a few thunderstorms, and highs well into the 60’s 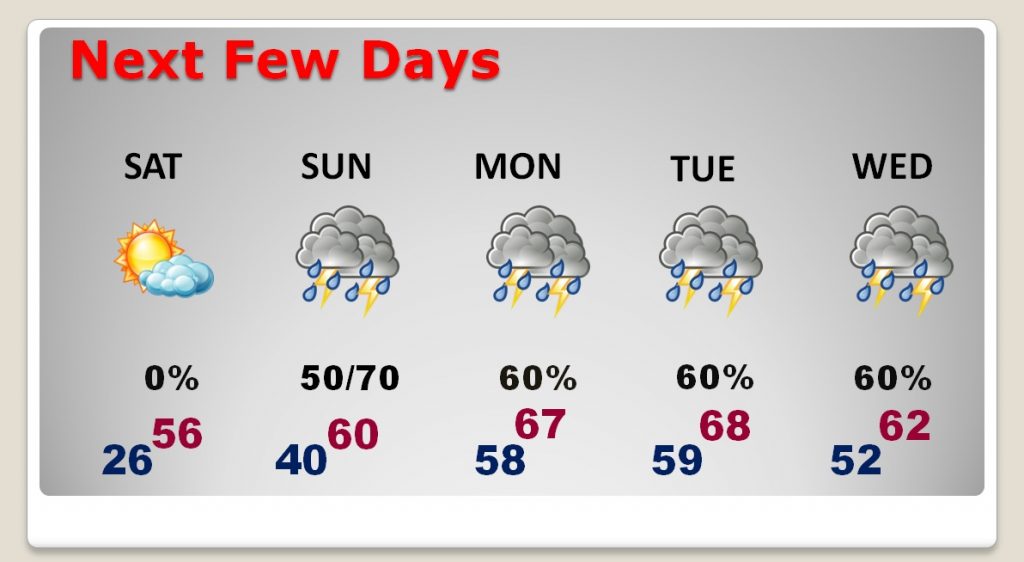 THE WEEK AHEAD:  It won’t rain all the time, and right now it appears Thursday could be the nicest day of the week, before another round of showers arrive for Christmas weekend. 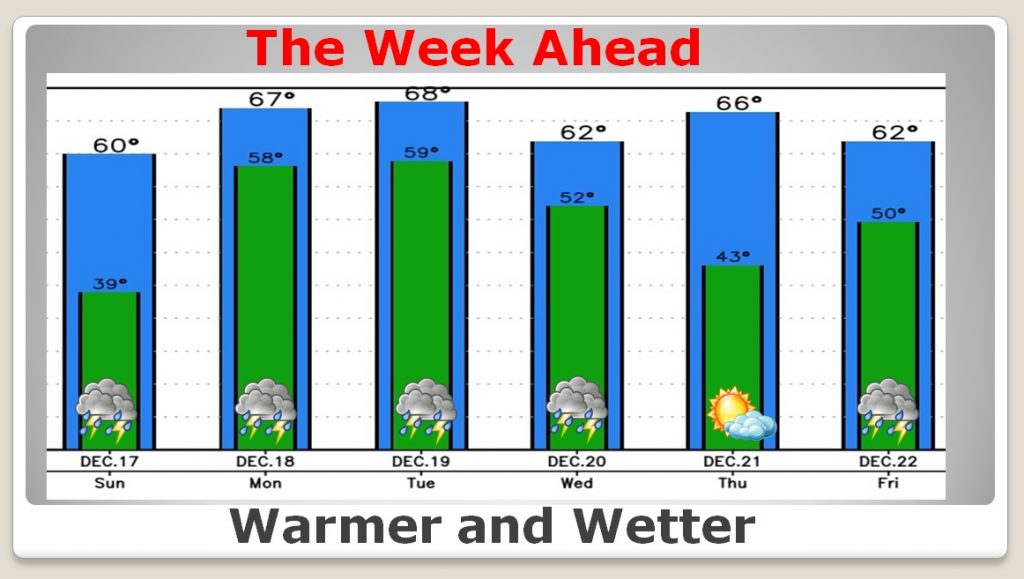 CHRISTMAS WEEKEND:  A frontal system approaches, then slows down, and stalls for awhile, before pushing through, hopefully by Christmas.  The bottom line is, it will be wet at times Friday through Sunday, followed by, hopefully a drier day, and a little cooler on Christmas Day.  If I had to take an early stab at the Christmas Day forecast (subject to change), I’d say…a morning low in the 40’s and a high perhaps in the upper 50’s, and right now it looks mostly dry.  Hang on for future tweaks to that Christmas Day forecast.  Admittedly, the forecast for the next 10-15 days is quite complicated.  Here are the Christmas weekend maps from the Euro.  No White Christmas this year. 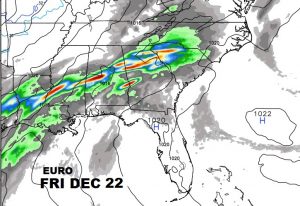 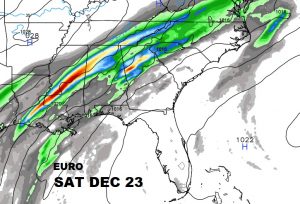 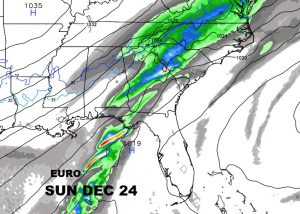 A LOOK BACK AT CHRISTMAS 2010:  While we will not have a White Christmas this year, it’s still always fun to think back to the widespread snow of Christmas Day not too many years ago.  Here’s 2010. 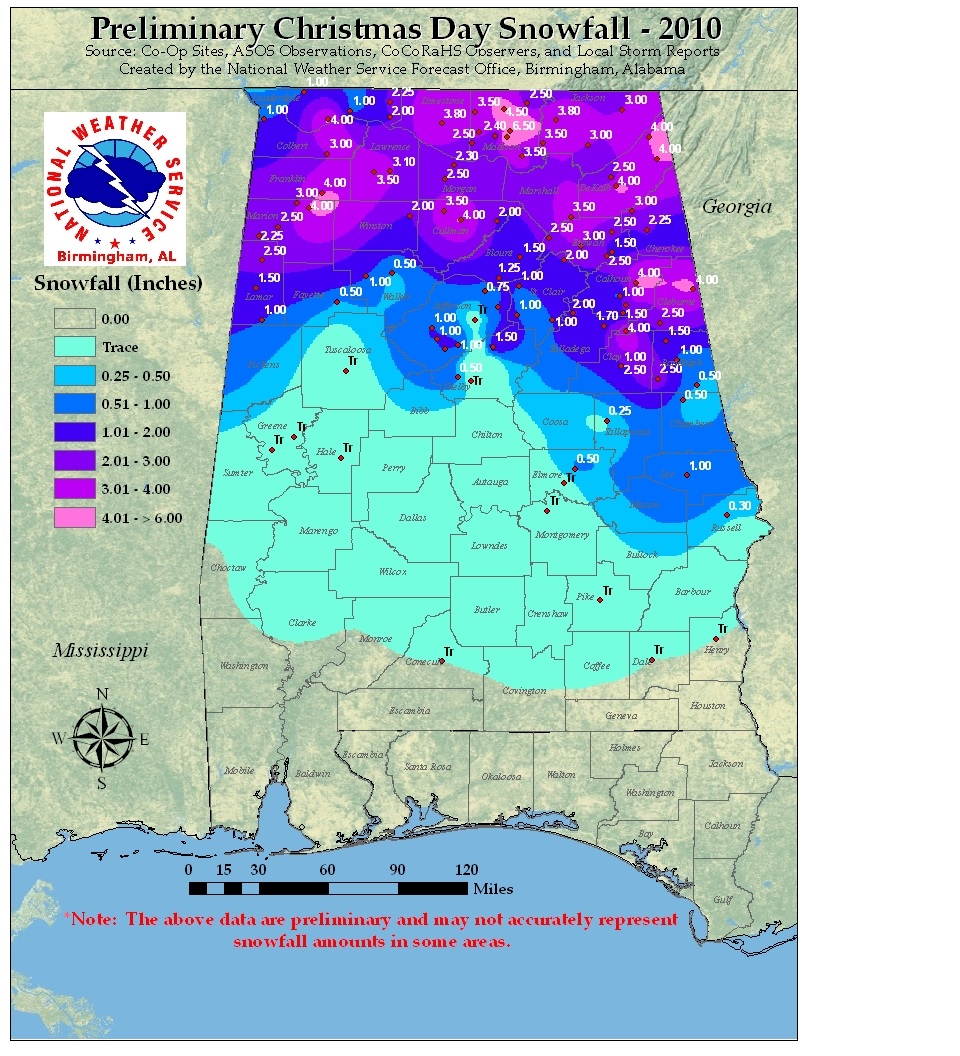 I’ll keep you up to date on the complicated twists and turns of the next couple of weeks. There will be another update tomorrow.   Have a great weekend!