Early this morning, a shield of rain already dominates west Alabama, and will overspread the state today and into tonight.  There could even be a few rumbles of thunder.  Today’s high depends on when rain reaches your area.  Upper 50’s to near 60 look reasonable.  Tonight’s low will be in the lower 50’s.  Future radar shows the eastward progress of the rain through the afternoon. 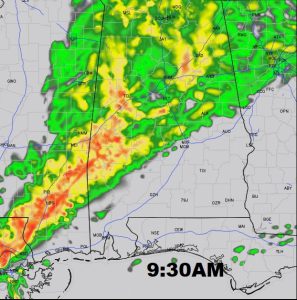 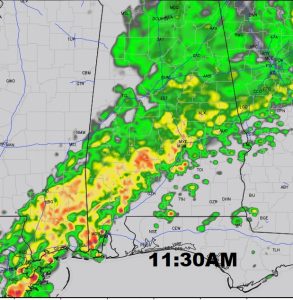 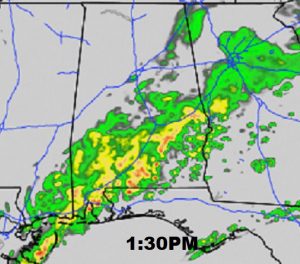 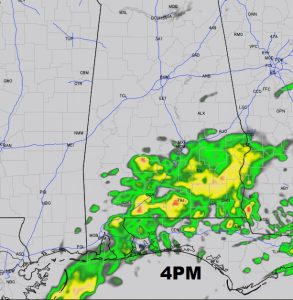 NEXT FEW DAYS:  The next few days will feel more like Spring than December with highs in the 60’s, and even a few lower 70’s.  Another low pressure system will bring a good chance of rain Monday, and another disturbance will drench the state with showers & storms Wednesday.  Thursday appears to be the best day of the week, in-between storm systems, with some sunshine and highs in the 60’s. 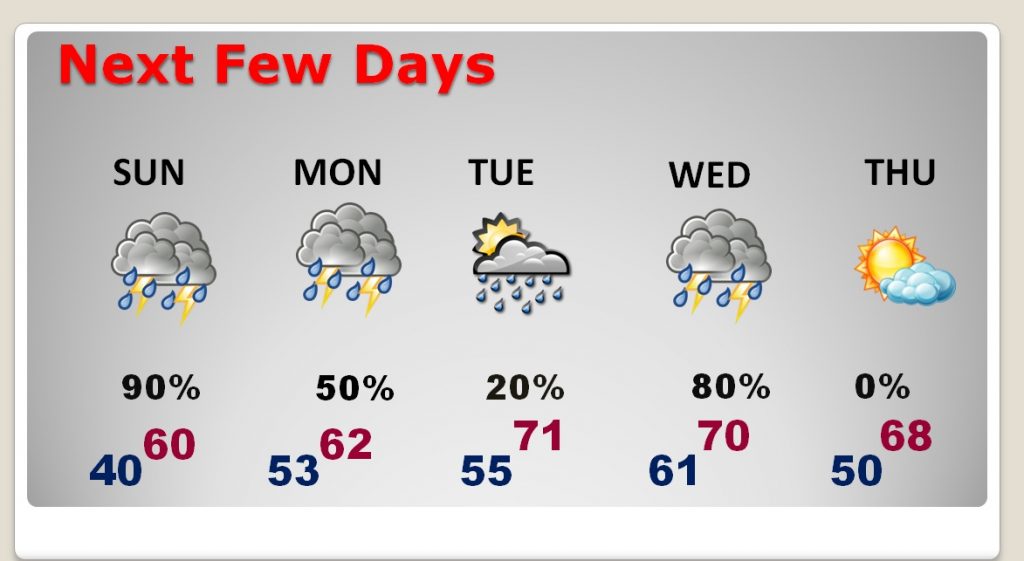 THE WEEK AHEAD:  Wet at times with disturbances today, Monday, Wednesday and next weekend.  Highs in the 60’s and low 70’s.  Nights will be very mild.  Rainfall amounts could easily reach 1-2+” for many of us.   Rainfall totals could be excessive across the northern half of the state.  This rainfall outlook is through 6AM Christmas Eve. 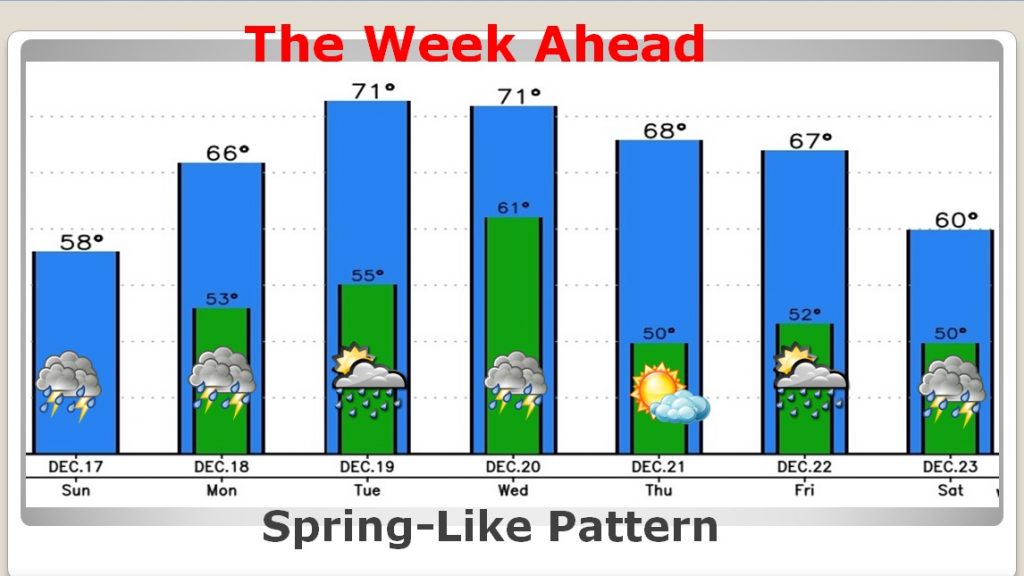 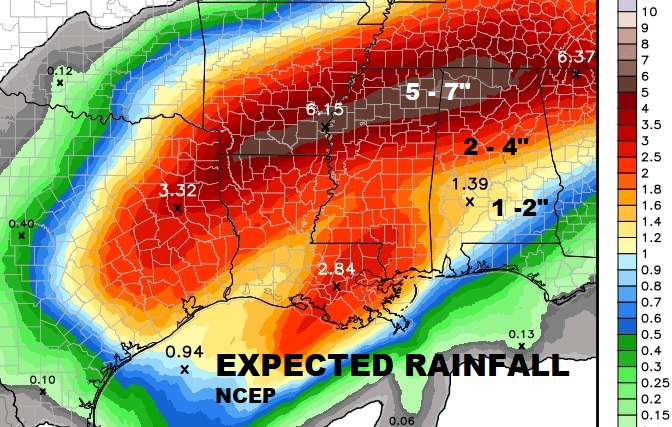 CHRISTMAS WEEKEND:  A strong frontal system will approach the area Friday evening.  Showers and thunderstorms will move into the state.  It’s too early to say whether this will be a severe weather situation. We will monitor.  The front may move through, then stall and return northward.  That would mean periods of rain & perhaps thunderstorms would remain in the forecast Saturday and Christmas Eve. 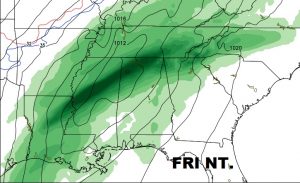 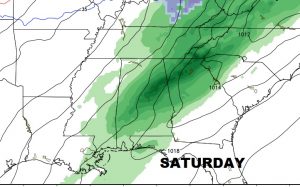 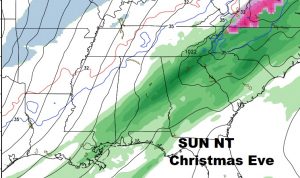 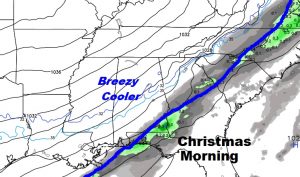 CHRISTMAS DAY:  Right now, it appears the front will exit the state Christmas morning, as colder, arctic air moves in behind front.  So, there could be a leftover shower early, followed by a breezy, colder day.   I think our high of 53 occurs early in the day.  Temperatures will be in the 40’s much of the afternoon, but a stiff northwest wind will make it seem colder.  Skies become partly cloudy during the afternoon and mostly clear Christmas night with an expected low of 34.  Tuesday the 26th will be a raw day with highs only in the 40’s and perhaps 20’s Tuesday night.  This is my early Christmas forecast.  We will tweak the details in time, as we get closer.

I’ll have a complete video for you in the morning as we dissect the forecast for the very active Christmas week ahead.   Have a nice Sunday!