10:00AM CDT NHC Update:   #ALBERTO‘s track was nudged a little eastward on the latest advisory. It will be interesting to see the next advisory at about 4PM. #alwx #flwx 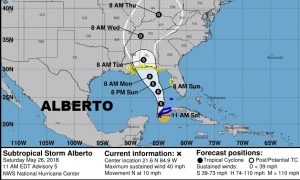 6:00AM Update:  All eyes on sub-tropical Storm Alberto, still located in the Caribbean, east of the Yucatan, but headed for the Gulf.  Although, Alberto is lopsided, with all the significant weather to the east side, and it is not yet truly tropical, it is expected to strengthen, get better organized over the Gulf.  It will likely transition to purely tropical by Sunday afternoon.  Meanwhile, although things are quiet at the beach now, a Tropical Storm Watch covers much of the Florida panhandle, all of the Alabama coast, and westward into Louisiana including New Orleans.

LATEST NHC UPDATE ON ALBERTO:  Currently Alberto is a minimal storm with 40 mph winds. Notice the “cone of uncertainty, covers most of Alabama.  Alberto is expected to strengthen, perhaps reaching the 65 mph wind threshold by late Sunday night, and lift northward toward the Alabama coast by Monday night, as the storm slows.  It will continue slowly northward through west Alabama as a depression Tuesday and even into Wednesday. Keep in mind the strongest side of the storm as far as torrential rainfall potential and tornado threat is east of the track. 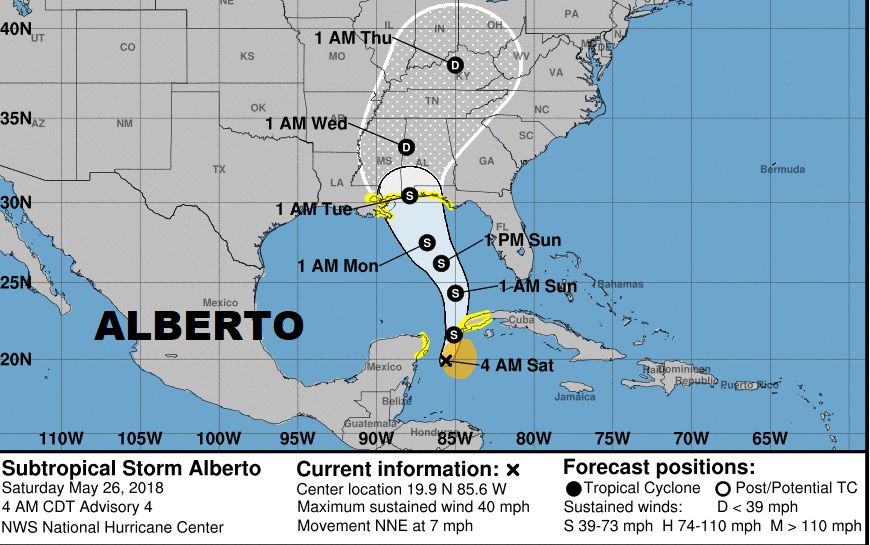 Conditions on the coast will deteriorate by late Sunday, Sunday night and into Monday.  Besides the tropical storm watch, a storm surge watch, High surf advisory, High Rip current advisory, Flash flood watch, are some of the current risks on the coast itself. 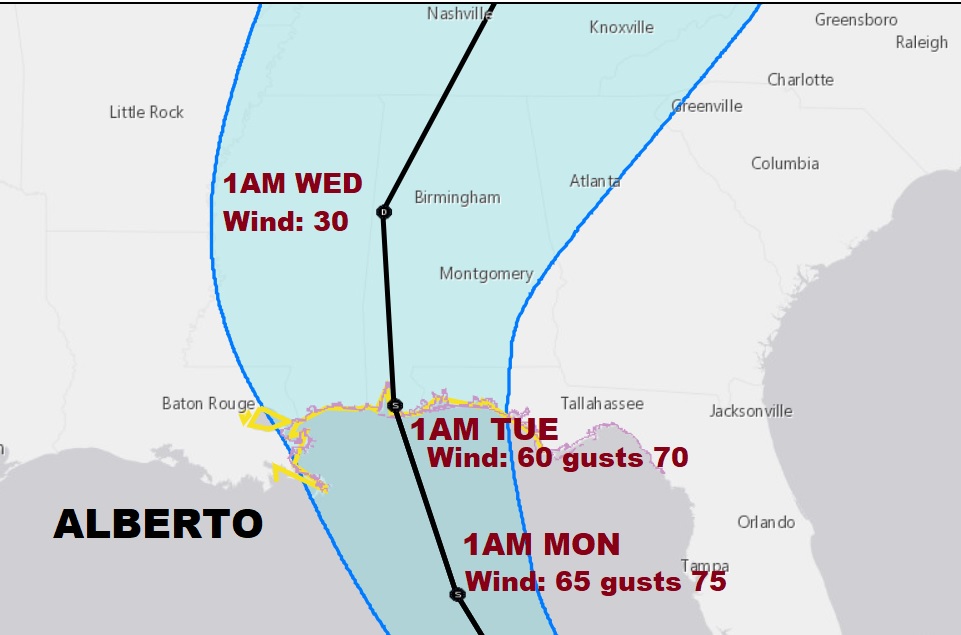 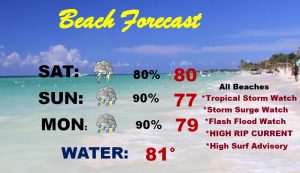 TODAY:  This will actually be the best day of the weekend.  There will be scattered showers and storms, from time to time, especially afternoon & evening,  like the last few days, but today will not be a wash out.  Storms will thin out tonight.  High today 87, tonight’s low near 70.

NEXT FEW DAYS:  As Alberto continues moving northward, the probability of rainfall will increase and remain high through midweek.  Locally heavy rainfall amounts are a good bet. 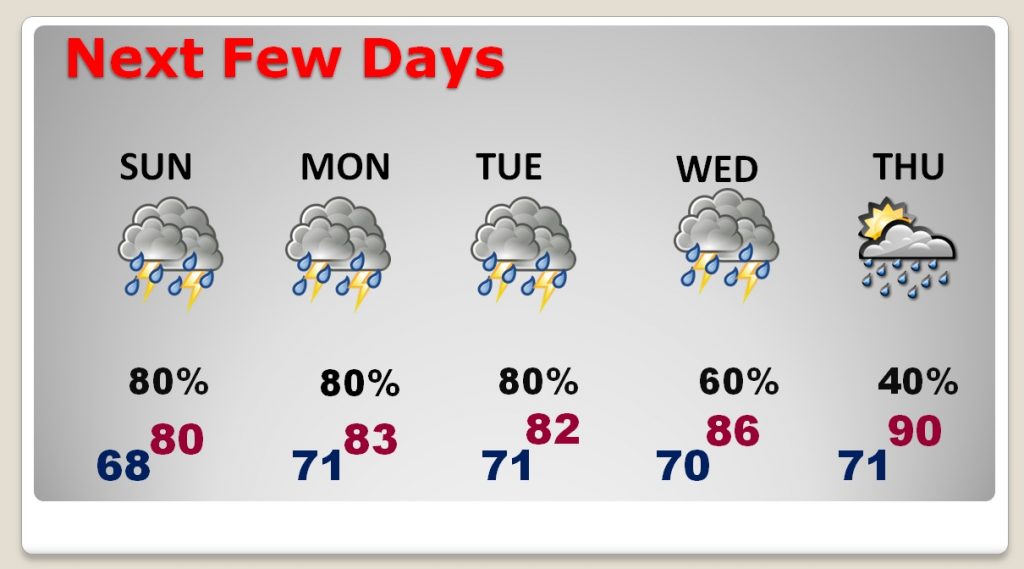 I’ll keep you up to date all weekend, as we continue to monitor this Tropical Threat.  All have another update late this afternoon.  And there will be a more extensive update Sunday morning by Dawn