Good morning!    Four ugly words this time of the year in this part of the world: Triple Digit Heat Indices .  Yesterday we had a heat index of 103.  We’ll be in that neighborhood today.  Although storms will be few and far between again today, on this video, I’ll show how storms will make a comeback later in the week.  We’ll look ahead to the weekend.  Plus the tropics, and we’ll look at another heat surge on the horizon.  It’s still not summer yet, but we’re getting close!

Storms will be few and far between today with a big upper level heat bubble right on top of us.  The heat index will be in the triple digit extreme caution range again. 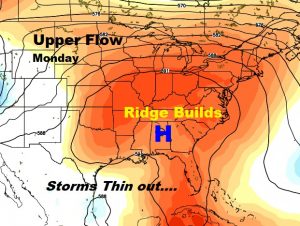 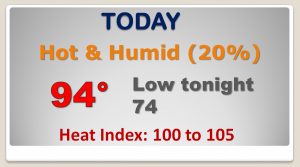 The storms will make a comeback later in the week, especially Thursday and Friday.  Then the trend will be for fewer storms and hotter temperatures Sunday and Monday, as another upper high builds. 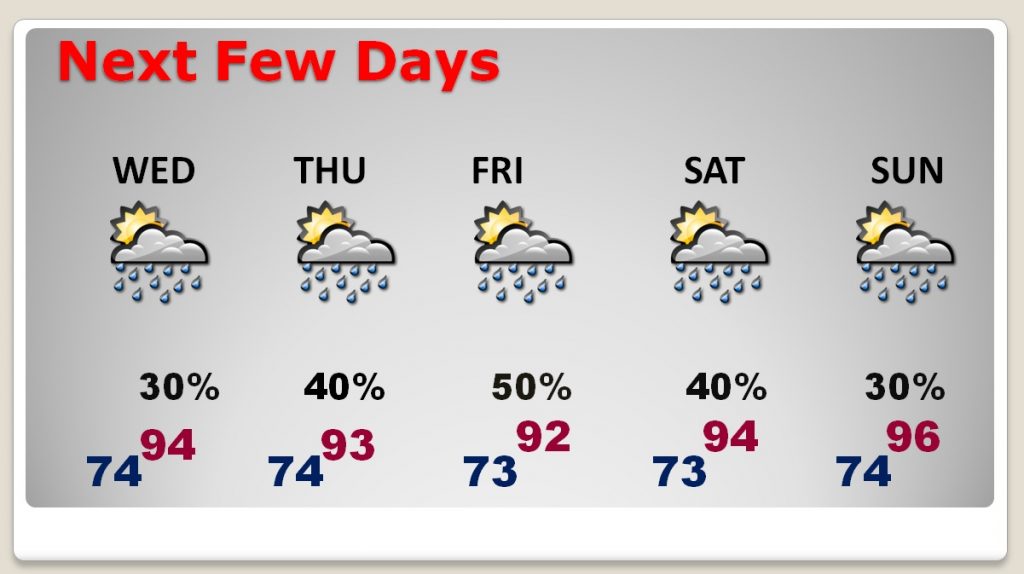 The upper high rebuilds early next week as highs re-surge into the mid 90’s with the heat index going back to 100-105. 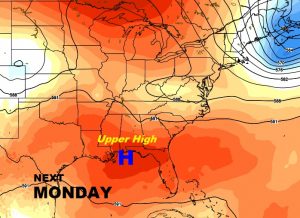 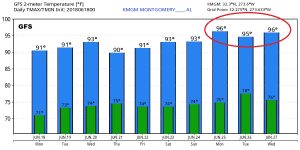