Yesterday was literally feast or famine.  Strong storms were numerous on the radar, but storm movement was slow.  Some storms were stationary.  Some spots had more than 2” of rain, while other neighborhoods barely had a few drops.  Today will be very similar to yesterday.  Intense heat will lead to another round of random storms.  Some storms will be rather intense. This rather active period of numerous storms will continue for at least the next 4 days. Stay weather aware, and go indoors when you hear thunder.

TODAY:  Heat advisory is in effect again today, for much of central Alabama.  The heat index will be near the 105 danger range.  Storms will fire up, just about any hour.  But, they will be most numerous in the afternoon and evening hours.  Steering currents are weak, so the storms will be slow moving, producing torrential downpours and intense lightning.  High today in the low to mid 90’s.  Low tonight in the mid 70’s. 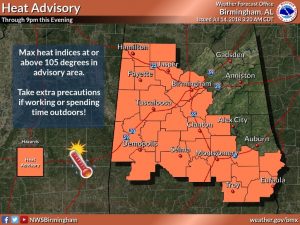 FUTURE RADAR: Here’s one model idea of the potential coverage of the storms today.  Storms will be numerous, especially from lunchtime on.  Like yesterday, storms will be very slow movers, which will lead to heavy rainfall totals and potential flooding in spots. The stronger storms will produce gusty winds to 40 mph and dangerous, intense cloud to ground lightning. Our weather app will really come in handy.  It will not only show you where the storms are, but you can track the lightning and see which way the storms area moving. Here’s a few future radar snapshots. 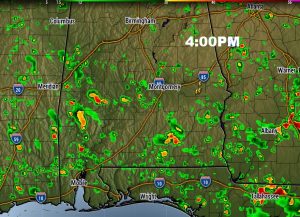 FEAST OR FAMINE:   Here’s what I mean when I say feast or famine. This is a radar snapshot from about 4 o’clock yesterday afternoon. My house is the circle in the middle, in east Montgomery. The storm just to the north of me was intense with torrential rainfall but it was not moving. My buddy 2 mikes NE of me had 2.33”. My total was .06”.! How about THAT for feast or famine. Today will be the same. Storms with intense rainfall and lightning but hardly moving. Good luck on your rain chances. 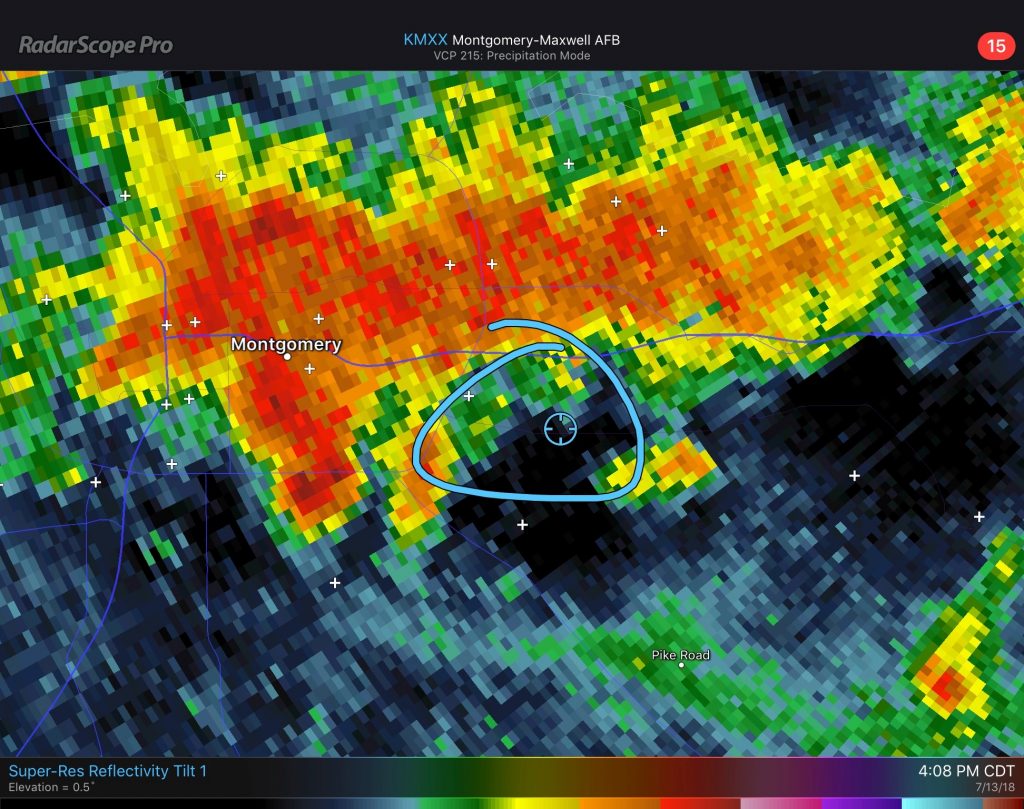 NEXT FEW DAYS:  The atmosphere will continue to be very moist, and very conducive to widespread showers & storms for each of the next 4 days.  A frontal system moving into the state Tuesday, may make the storms even more numerous, as the front tries to move southward.  Not much day to day changes are expected. 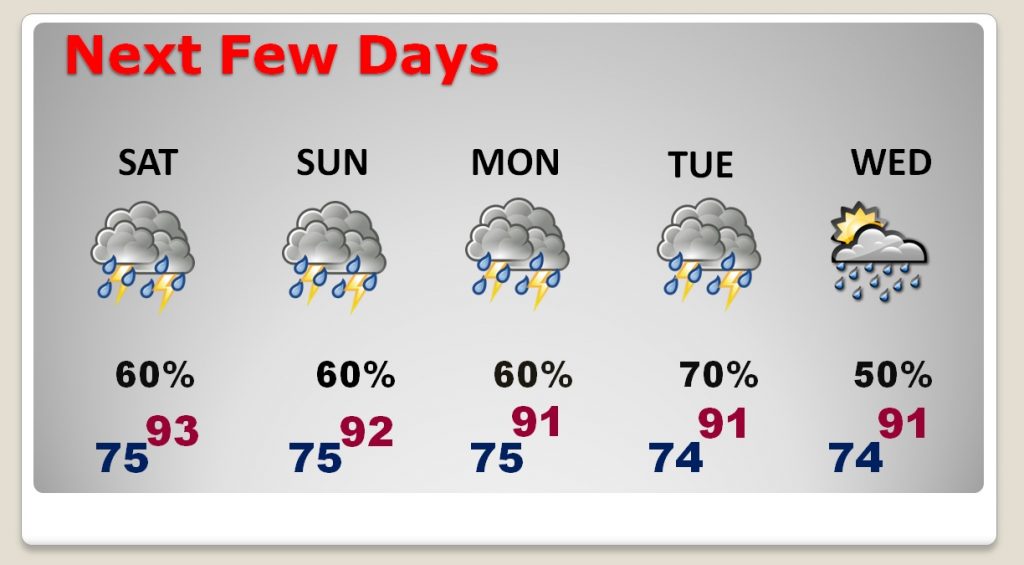 BEACH FORECAST:  Rain chances are getting better, even down at the beach.  It won’t rain all the time, but storms will be a little more numerous than normal. 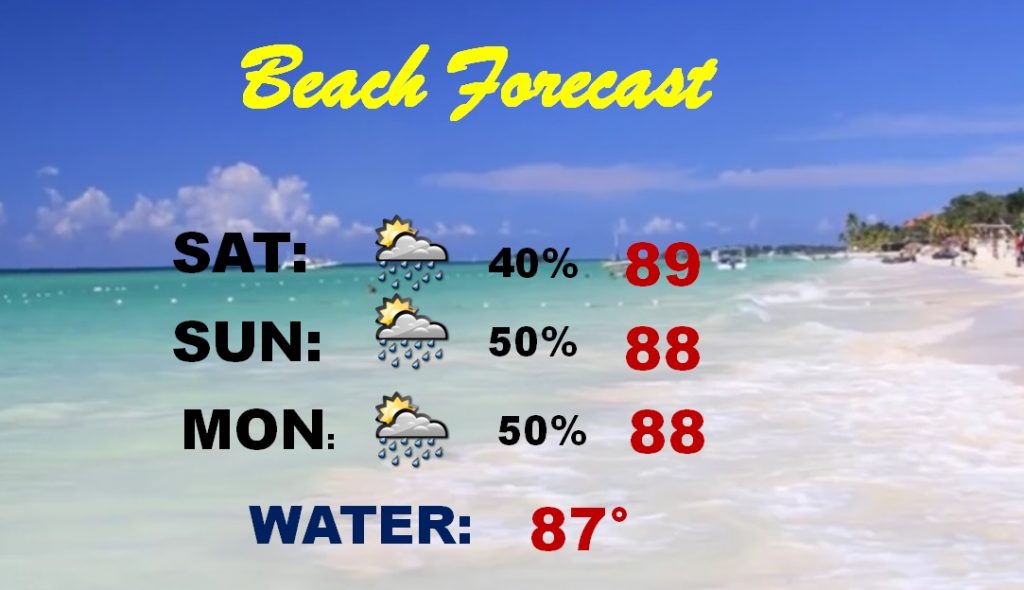 TROPICAL UPDATE:.  The only system NHC is highlighting, continues to be the Remnants of Beryl, well off the US coastline.  The Hurricane season still says there is a low 30% chance of development.  The rest of the tropics are quiet for now. 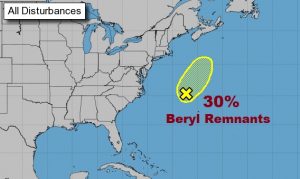 Have a great weekend!  I’ll have another blog update early Sunday morning.  Next video will be Monday morning at 4:45AM.