The news is good today, if you are have plans to attend one of the many big Football games across the state today, and even the air show here in Montgomery.  Rain chances get a little better tomorrow, and a lot better Monday through Wednesday as a frontal system approaches the state and stalls.  But, much of this blog update will center on the tropics.  There are some frightening possibilities for the Southeast United States in the week ahead. In fact, it’s becoming more and more likely  that Florence will become an extremely dangerous, major hurricane, before it makes landfall somewhere along the Southeast U.S. coast.  Much more below.

TODAY:  A routine summer day here in Alabama today.  Lots of sunshine.  Hot & humid.  High in the lower 90’s.  The shower/storm threat is low…widely scattered storms, perhaps.  Storms will be few and far between.  Tonight’s low 72.

NEXT FEW DAYS:  The number of storms will be a little more numerous tomorrow, but showers and storms will become “likely”, much more numerous, Monday, Tuesday and Wednesday.   The late week weather in Alabama is very much dependent on the future track of Florence. 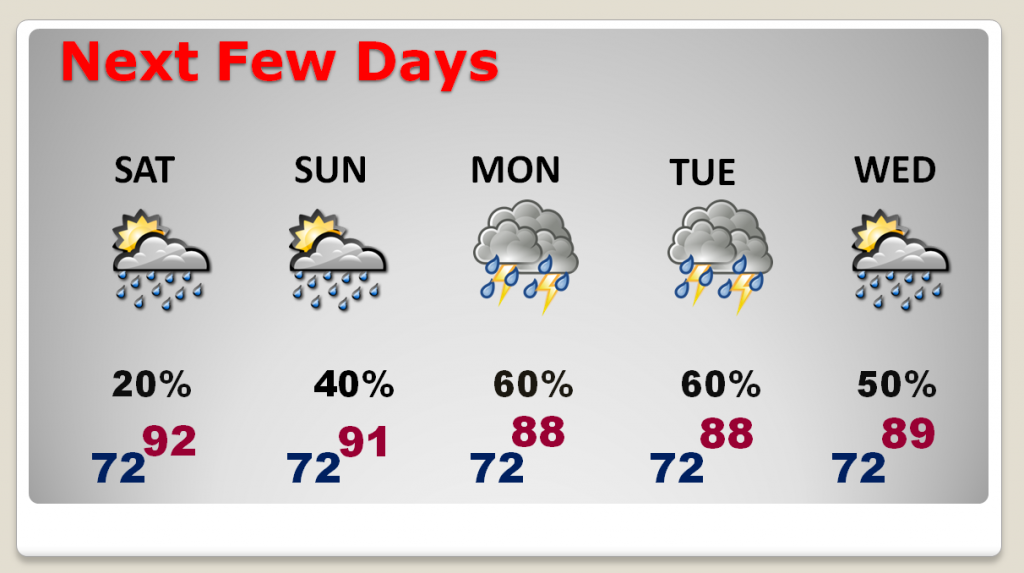 EXTREMELY ACTIVE TROPICS:  First, let me show you the big map from the National Hurricane Center, as I introduce you to the players.  There’s Florence, currently a tropical storm in the central Atlantic, expected to regain hurricane strength, and become a major hurricane this week as it approaches somewhere along the southeast coast.  Much more on Florence below.  Behind, her, in the tropical Atlantic is Tropical Depression Nine, the Future Isaac.  This system must be watched also because it has such a potentially troublesome future as a hurricane in the Caribbean, and who knows if we will be dealing with Isaac in a few days in the southeast or the Gulf.  I’m not going to say much at all about Helene, which should curve into the Atlantic. 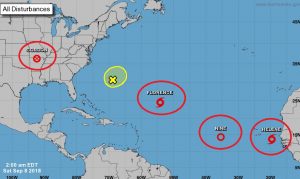 FLORENCE:  First look at the NHC cone.  It almost touches the southeast coast now from about Florida to the Carolinas.  Forecast to be a Category 4 Hurricane, approaching the United States on Wednesday. 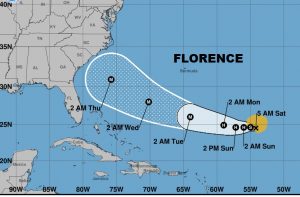 FLORENCE – THE MODELS:    I’ll start with the Euro model (ECMWF).  It is not only an extremely respected model, it was absolutely “spot on” with Gordon, forecasting the storm nearly 10 days out, while other models didn’t see it.  The Euro’s Florence solution is scary to say to the least, and I might add, on successive runs, the Euro track has been evolving southward.  Currently, the Euro has at least a Cat 4 hurricane on the South Carolina coast on Thursday evening/night.  As troubling as that is, the track after landfall is well inland into the mountains, which would produce disastrous flooding.  Here’s the Euro’s position Thursday night and below it is the Euro “Ensemble members”.  Think of it as different versions of the Euro models with slightly different recipes.  Let’s hope the Euro is wrong this time. 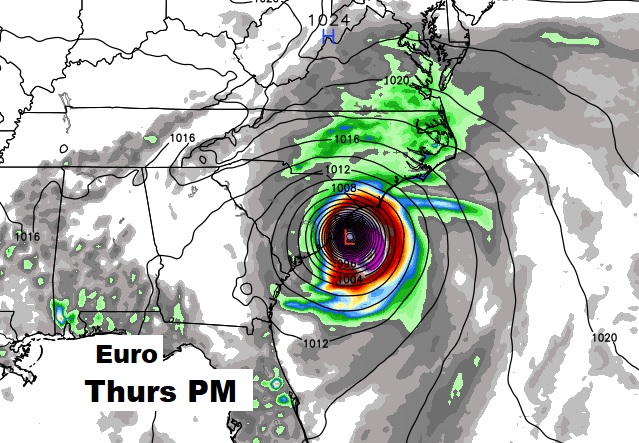 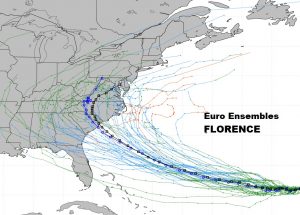 THE GFS SOLUTION:  The GFS solution quite not as horrible  as the Euro, but it sure is bad enough.  It shows at least a Cat 4 Hurricane reaching the North Carolina coast Thursday night, moving inland and riding up the middle Atlantic coast before turning out to sea.   Here’s the GFS position Thursday night and the Ensemble spaghetti models. 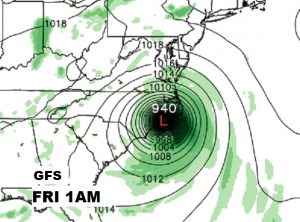 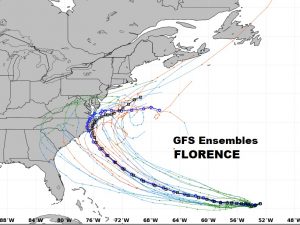 TD NINE – FUTURE ISAAC:  TD 9 isn’t a tropical storm yet, but it will be a hurricane someday soon. If we didn’t have Florence to talk about, TD 9 (Isaac) would be interesting enough.  It is forecast to take a more southerly route in through the Caribbean islands as a Hurricane.  And, then what?   Will it threaten the southeastern US.  Will it go into the Gulf later?  Isaac’s long-term future is unknown.  I just want you to know, we need to keep track of this guy’s future too. 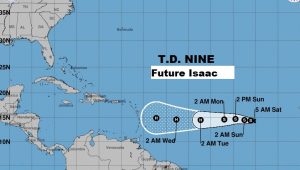 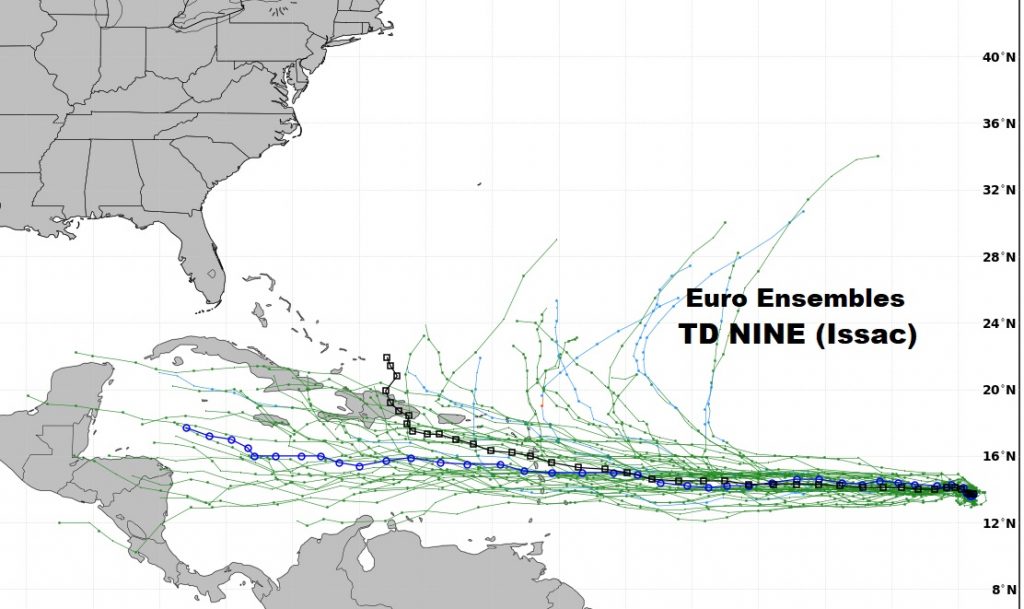 There will be another Blog update first thing Sunday morning, as we continue to closely  monitor the tropics.  Have a nice weekend!