There is much interest in the progress of Dangerous Historic Hurricane Florence.  At 4PM, the storm is located 100 miles ESE of Wilmington, NC.   It’s forward movement has slowed to a snails pace, west northwest at 5.  Maximum winds have decreased some to 100 mph, but this is a huge hurricane with hurricane winds extending 80 miles from the center and tropical storm force winds out 175 miles from the center.  Here’s the latest from the Hurricane center advisory. 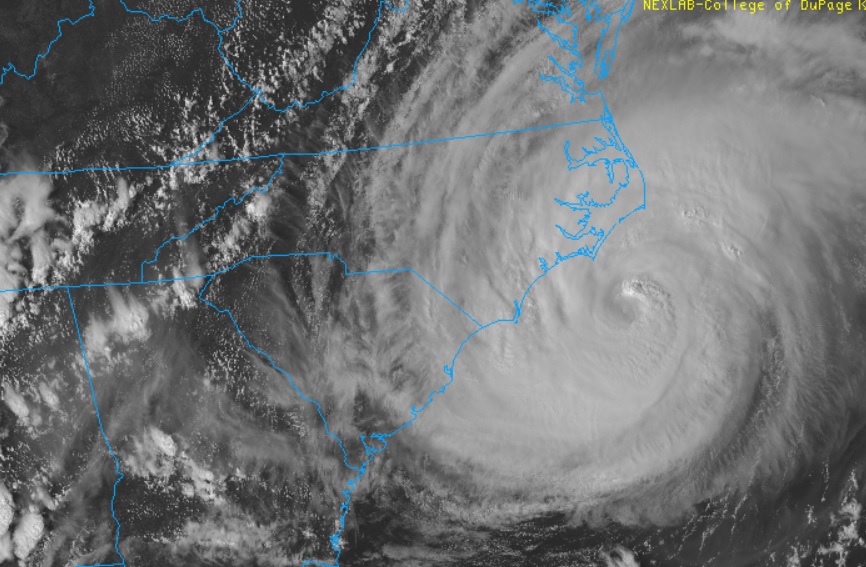 Take a look at Florence’s odd forecast cone and note how the storm doesn’t move much for the better part of three days as it lashes the coast relentlessly.

Prolific rainfall amounts are expected along with the threat of tornadoes, too. 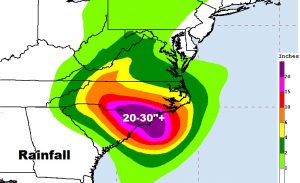 Meanwhile here’s the latest Forecast Cone on Isaac, moving into the Caribbean Islands. 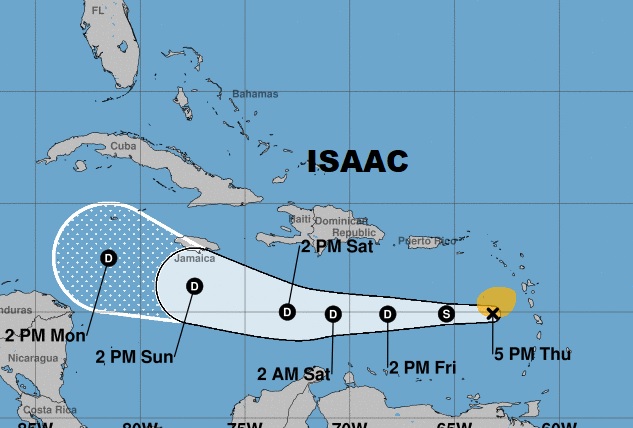