4PM FLORENCE NHC UPDATE:   #Florence has been downgraded to a Tropical Storm, with 70 mph winds, 25 miles NE of Myrtle Beach, drifting slowly west at 3 mph. Because of the extremely slow movement, the extremely heavy rain will continue the threat for life threatening flooding https://www.nhc.noaa.gov/…/MIATCPAT1+shtml 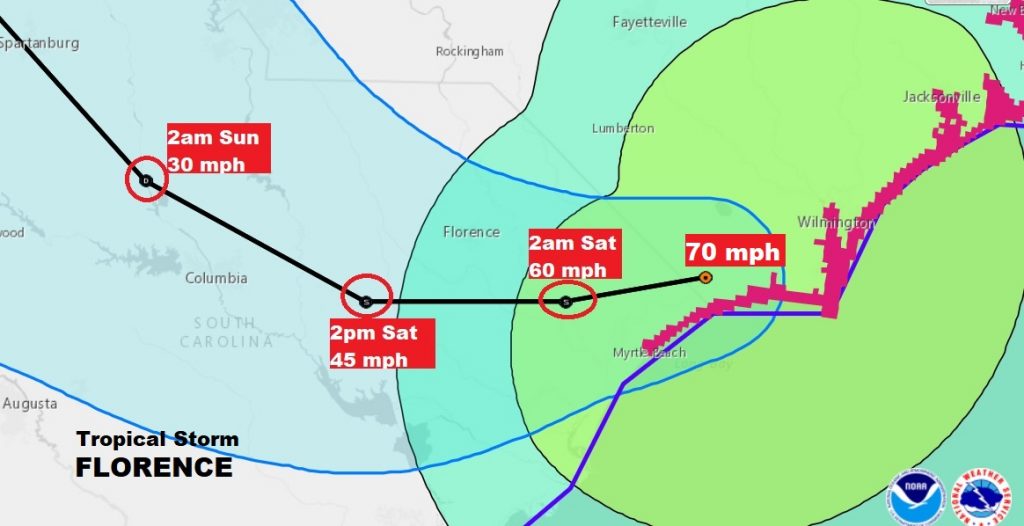 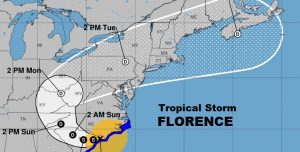 Good Morning!  Early this morning as I make this video Hurricane Florence is close to landfall on the Carolina Coast, but the drama for them will continue for at least a couple more days.  I have the latest on Florence’s future and where it’s headed next.  And, there so much more in the tropics, including Isaac, and Invest 95, and more.  Will Alabama be spared?  I have an update on your rain chances through the weekend and into the middle of next week.

Extremely slow moving dangerous Florence haunts the Carolina coast for a lot longer, before it’s trek through the mountains into the Ohioo valley. 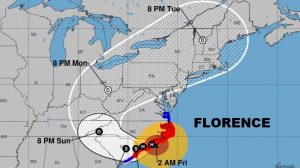 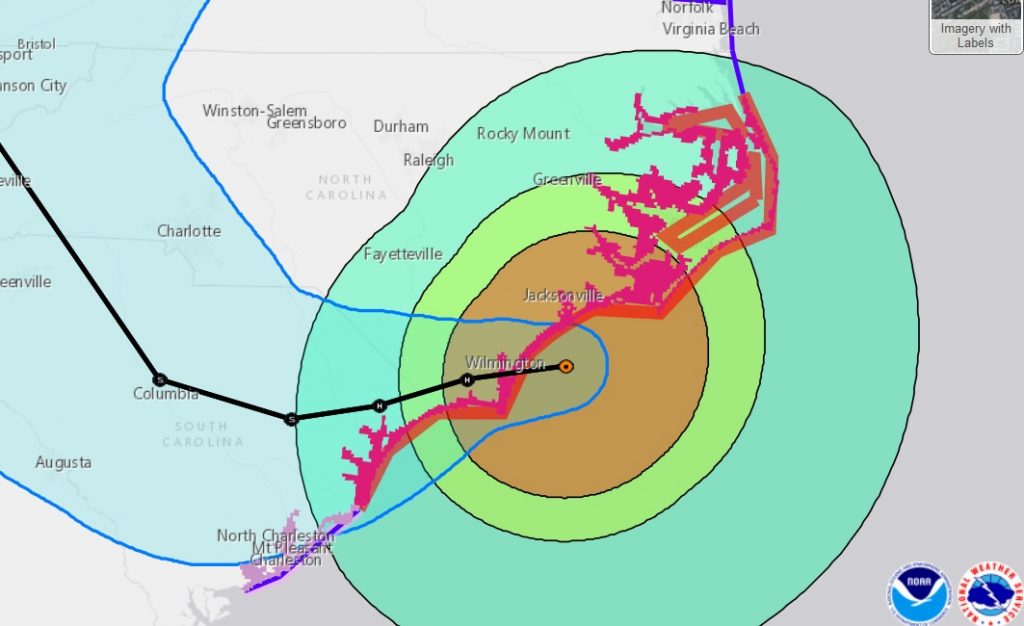 Atlantic basin continues very busy with a hurricane, two tropical storms, a tropical depression, and Invest and an area to watch. 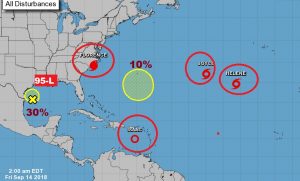 Isaac has been downgraded to a Tropical Depression and doesn’t have a very bright future as a tropical system, as it drifts westward in the Caribbean. 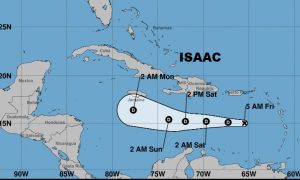 Invest 95-L is running out of time to be a Depression or Storm.  That probably won’t happen, but it will be responsible for flooding rainfall over a good chunk of Texas. 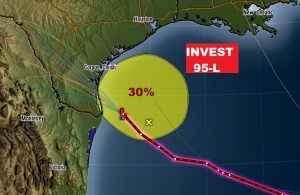 In between these tropical systems, our rain chances will be rather small for the next several days with blistering heat.  Highs in the low to mid 90’s. 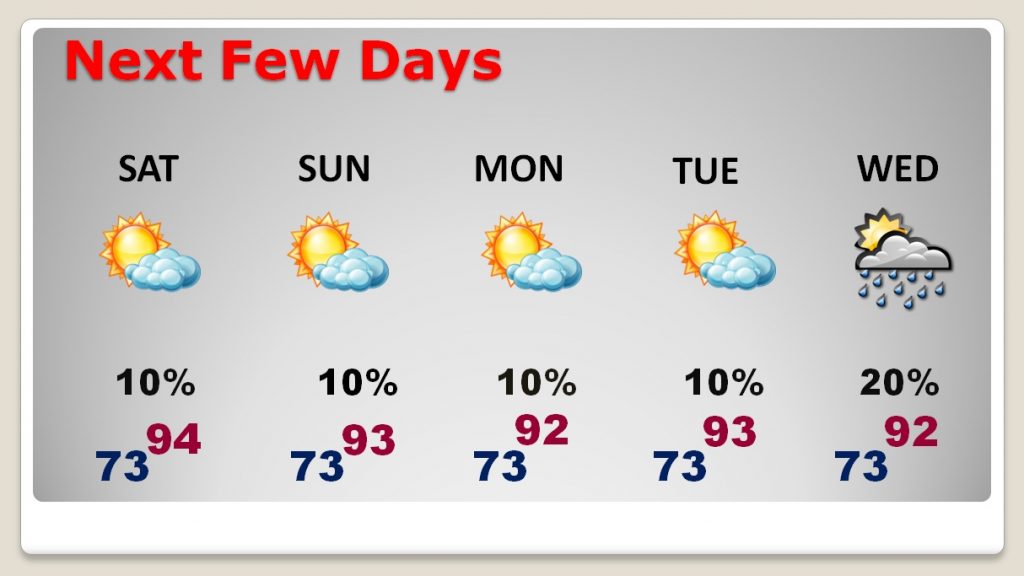