The terrible situation with Florence in the Carolinas has been described as a “disaster in slow motion”.  Catastrophic flooding continues.  (much more on Florence below)  But, for us we are stuck in between the Florence flooding, and more flooding in Texas from a tropical system.  For us the extreme heat continues, with more excessive triple digit heat indices, very close to the danger range, and rain chances which are nearly zero.  We’ll look at the week ahead for signs of heat relief.  Plus, we’ll look at the prospects that the “seed” of Isaac could possibly re-develop.  And, where were you 14 years ago today?  Today is an important weather anniversary. 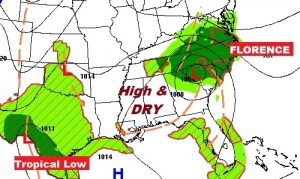 NEXT FEW DAYS:  We remain high and dry for the next few days, with middle 90’s and dangerous heat indices as high as 105.  While rain chances are not quite zero, they are about as low as it gets on a summer day here.  Rain chances get a little better by Thursday & Friday.  And, lows tonight will be in the mid 70’s 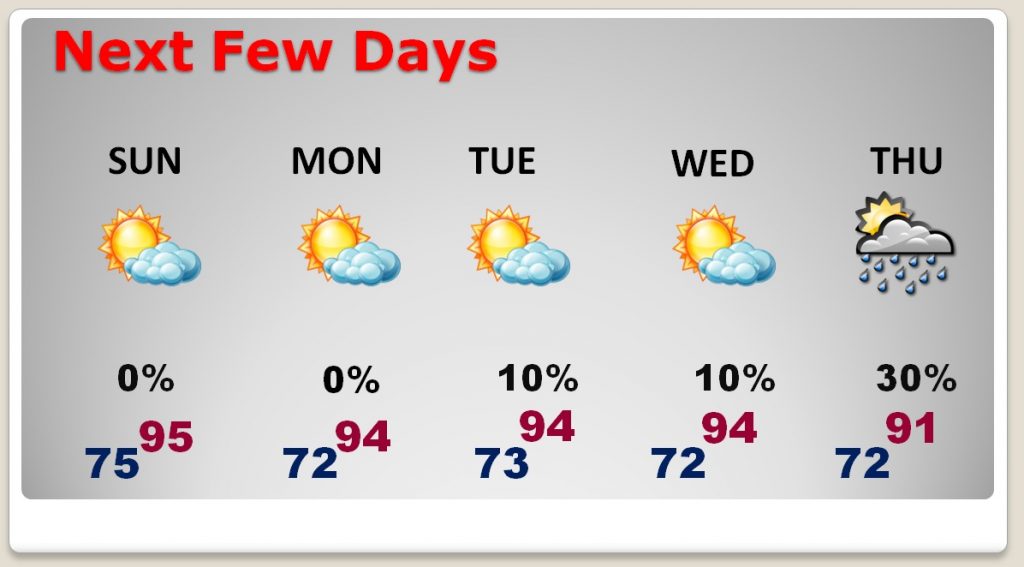 FLORENCE:  Tropical Depression Florence continues to produce catastrophic flooding, with record rainfall, and river flooding stages previously unheard of. Rainfall totals of 2 to 3 feet have been recorded so far, with up to 5-8” more before it ends.  Some rivers will not crest for a couple of days.  Now located close to Columbia, SC., Florence is only crawling west at mph. And, as you will see on the NHC cone, the system is now heading into the mountains with more extremely heavy rains along its path.  The death toll so far is at least 9. 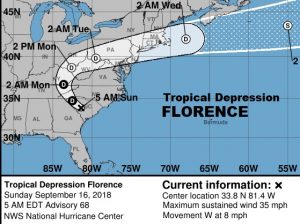 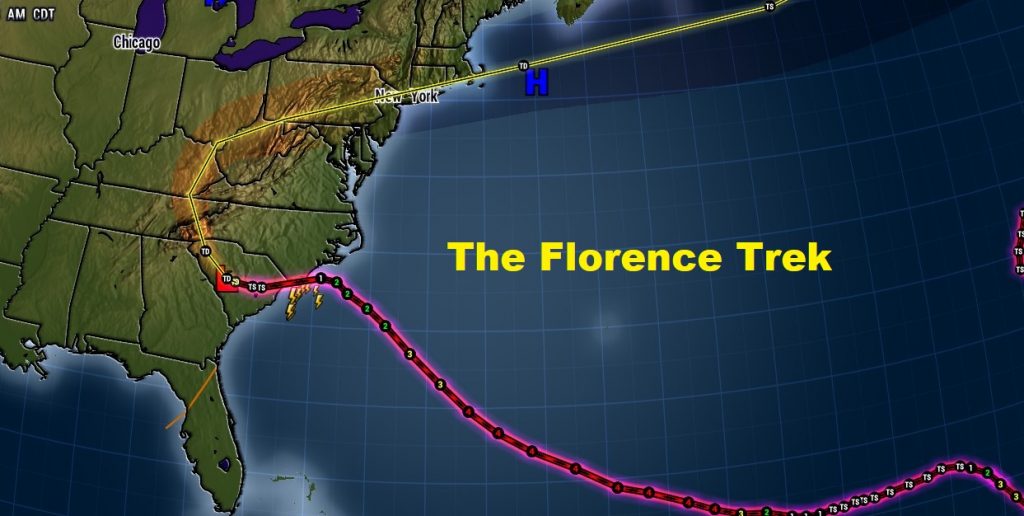 WATCHING THE REMNANTS OF ISAAC:  Here’s what’s left of Isaac in the Caribbean this morning.  An unorganized cluster of storms. 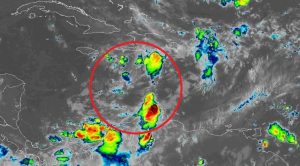 The remnants of Isaac could possibly regenerate, maybe, over the western Caribbean or Gulf of Mexico over the next several day.  The GFS and Euro are not bullish on development, but there are still a few models that try to develop this system, as it moves into an area of less wind shear and higher seas surface temperatures.  We’ll be watching. 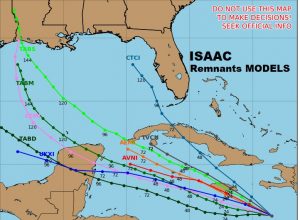 IVAN ANNIVERSARY:  14 years ago, it was a Tuesday.  We had an unwanted visitor.  Hurricane Ivan came to visit.  After causing catastrophic damage in the Caribbean,  powerful Category 3 Hurricane Ivan roared ashore in Gulf Shores at 2AM, on it’s trek northward across the state. 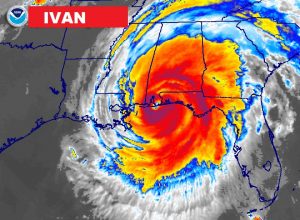 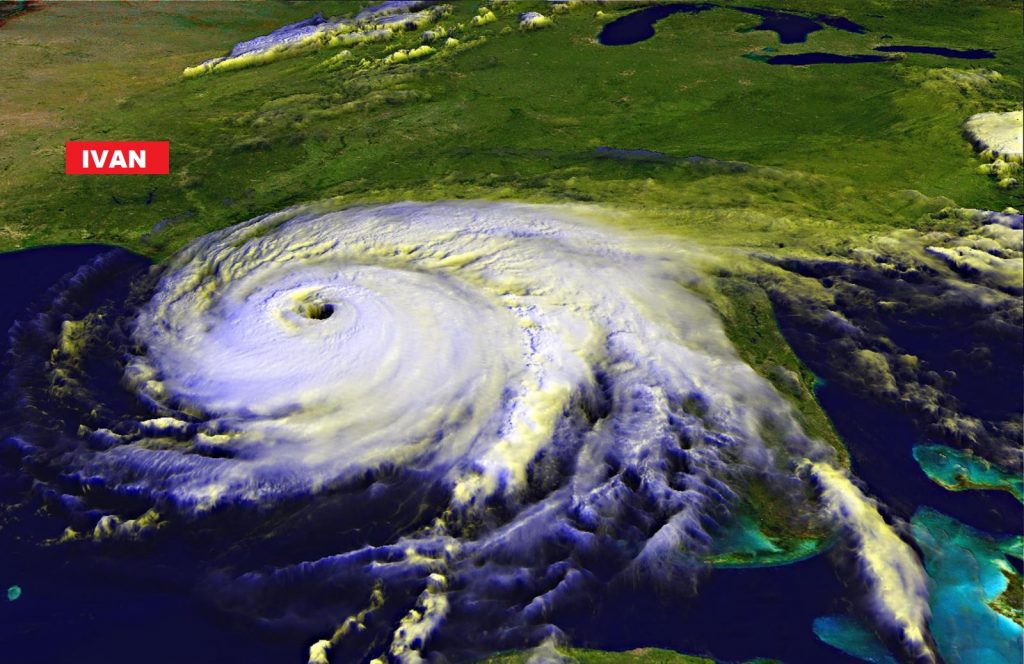 And, this oddity… which remains unequaled.  The remnants of the storm looped around into the Atlantic and across Florida into the Gulf where the hurricane center gave it back the name Ivan as a tropical Storm, which made landfall near Cameron, LA. 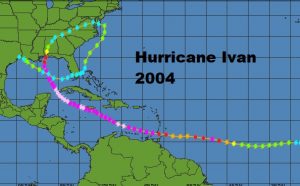