Happy Friday!   The persistent October heatwave rolls on at least through the weekend.  But, there are changes ahead.  We are entering a very interesting 10 day period, to say the least.  I’ll update you on what appears to be a strong frontal system approaching by next weekend.  But, even before that, all eyes are on the tropics.  That “area to watch” near the Yucatan could develop and play a role in our future weather.   When?  I’ll show you a possible future track, and how the tropical system could interact with that strong front.  Much to talk about this morning on your Friday morning personal weather briefing.

The incredible persistent October heatwave continues.   Today’s record high of 99 is safe, though. 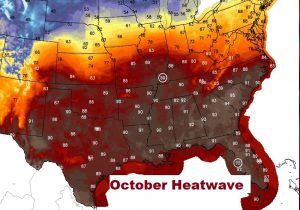 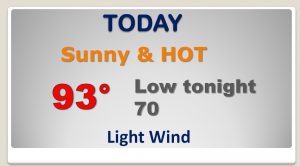 Heatwave through the weekend, but then, as the upper high begins to break down a bit, widely scattered storms develop.  Later in the week appears wetter and everything depends on the future movement and timing of that tropical system. 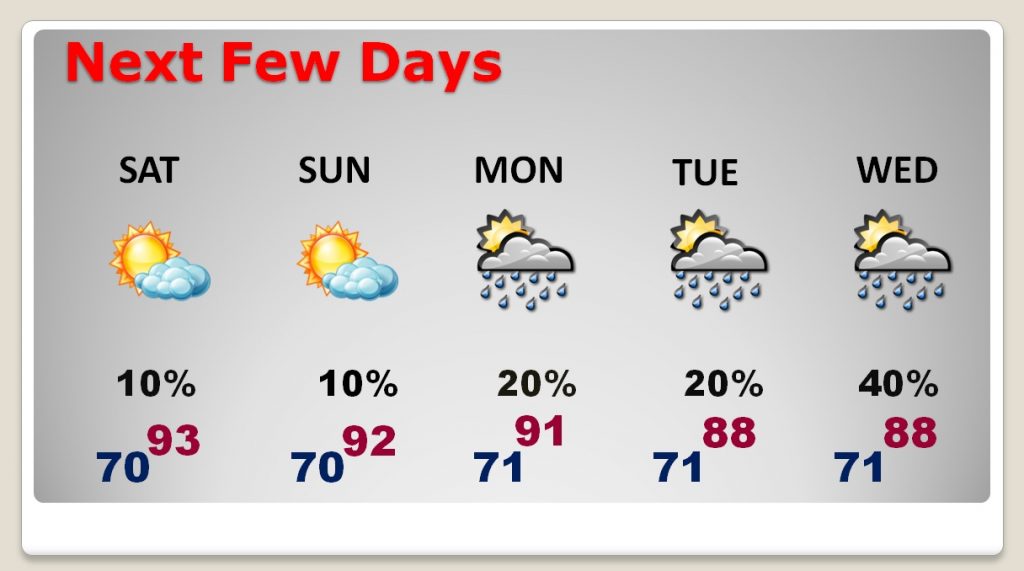 NHC now gives the Area to Watch in the Caribbean a 60% chance of developing into a depression or tropical storm in the next 5 days. 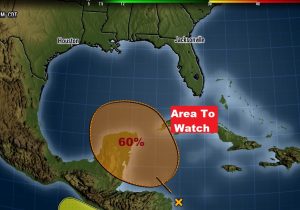 The EURO model has been very consistent in bringing this system northward to the northern Gulf coast by late next week. Will it be a depression or storm?  Too early to say… 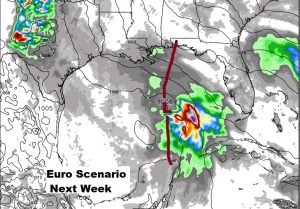 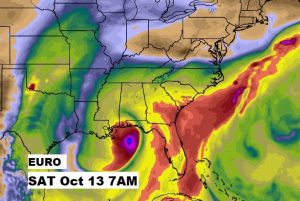 Meanwhile the fate of that tropical system will undoubtedly be influenced by the approach of a strong cold front which will sweet across the southeast next weekend.  The GFS shows that the front makes it all the way down to Tallahassee by Monday morning, October 15th. 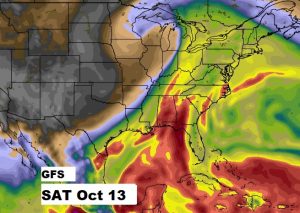 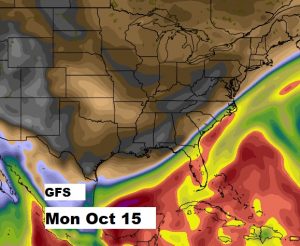