NHC at 1PM: says Michael has reached 155 mph on the winds. NHc says Michael made landfall near Mexico Beach,  at 12:45PM CDT (roughly)  The minimum pressure is 919 mbs. The only category 4 on record. Very close to Cat 5 status. Moving NNE at 14. 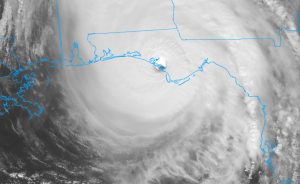 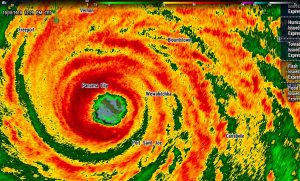 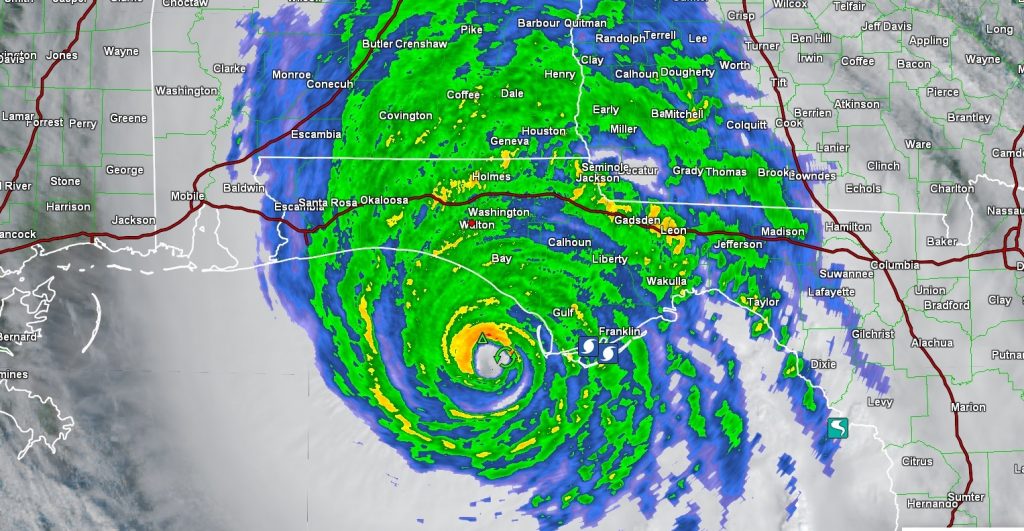 NHC 10:00AM update has Micheal located 60 miles south of Panama city, moving NNE at 15.  So the much anticipated turn to the north-northeast has begun and later the storm will turn northeast.  Maximum winds are at 145 mph, category 4, with another pressure drop to 928 millibars.  The storm is expected onshore within a few hours, and will begin diminishing in intensity after landfall.  But hurricane conditions will spread into SE Alabama and SW Georgia later this evening and tonight. 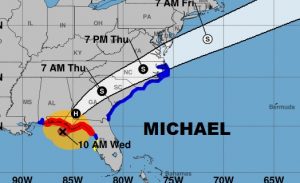 Baring any further intensification Michael will cross the coastline as a strong Cat 4 hurricane, making it the strongest landfalling hurricane in the Florida panhandle in history.  The effects of the wind and storm surge could be catastrophic. 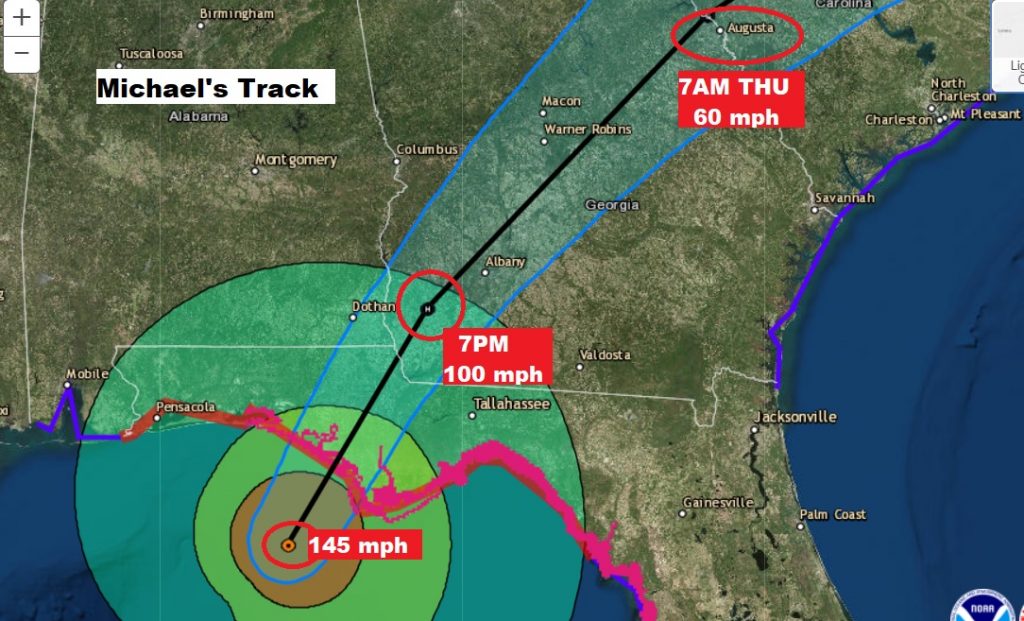 Storm surge will be historic and catastrophic.  Many seaside communities will be underwater.  Historic unprecedented. 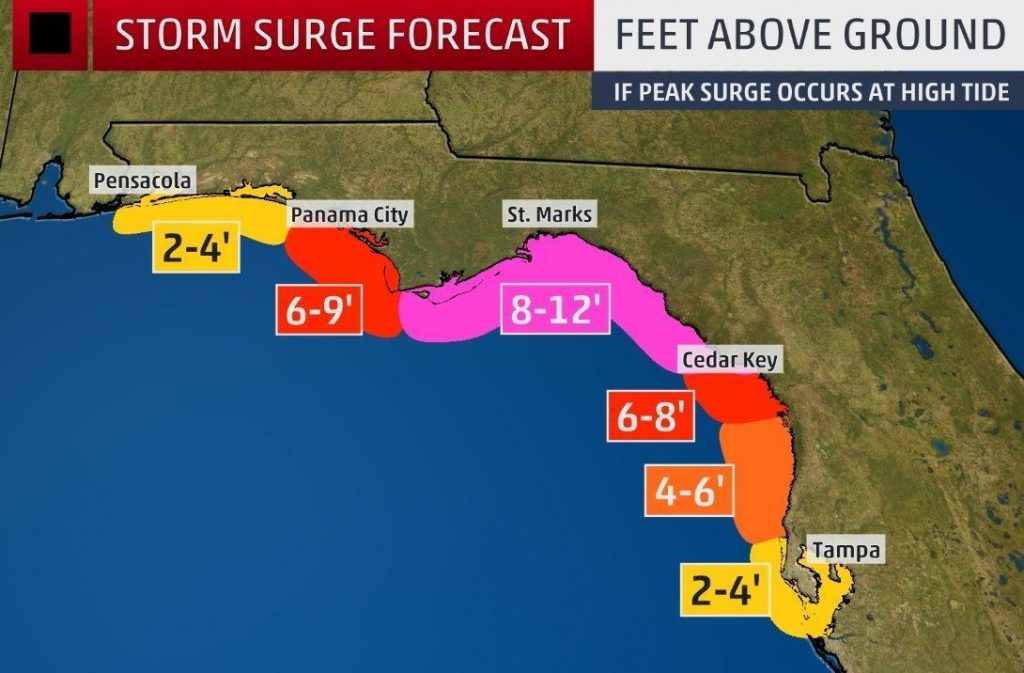 Affects from Michael across south and southeast Alabama will be significant.  A tropical storm warning covers several counties as far north as Butler, Crenshaw, Bullock, Pike and Russell.  A HURRICANE WARNING remains in effect for Henry, Dale, Houston and Geneva counties.  Power outages will be widespread and potentially long lasting.  Here’s all the warnings for Michael over a multistate area. 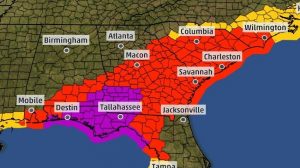 Wind speeds will vary dramatically from 20-30 mph in the Montgomery area to Hurricane force in southeast Alabama. 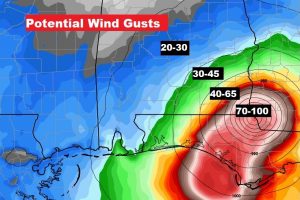 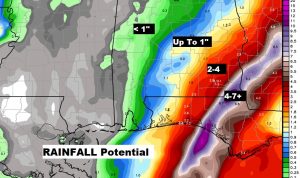