UPDATE:  Tonight will be the coldest night of the season so far. Freeze Warning north central Alabama. Frost Advisory for the heart of central Alabama, as far south as Selma, Montgomery, and Auburn. Mid 30’s at Dawn. Protect sensitive plants. #alwx 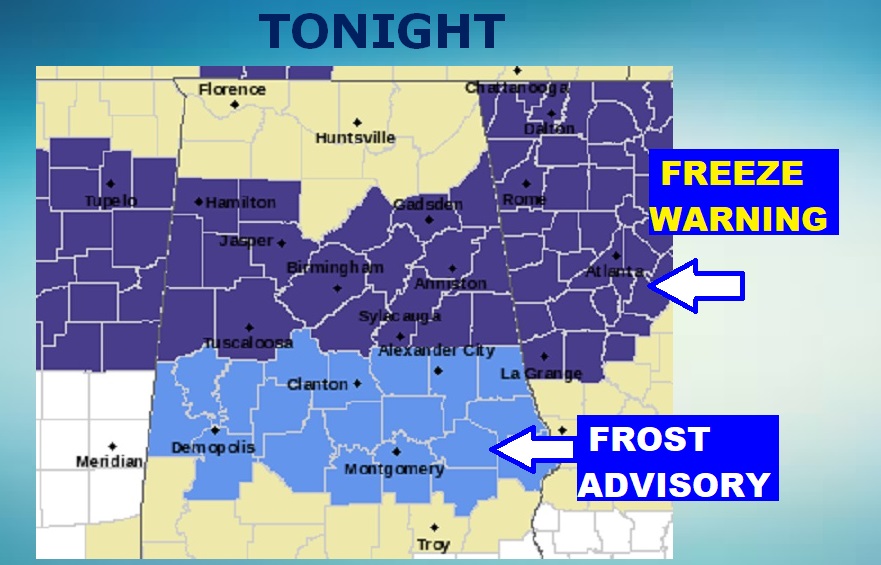 It’s a chilly Saturday morning.  Many towns are in the upper 30’s at Dawn.  Tomorrow morning will be colder.   But, there is even colder air on the horizon.  The next cold front brings showers Monday into Tuesday morning, followed by sharply colder air.  Tuesday will be a windy, raw day, and many spots will see their first freezes on Wednesday and Thursday morning.  Get ready, a brief taste of winter is on the way.

TODAY:   A classic Fall weather day today…  Sunshine, breezy and cool.  The normal high is 71.  Today’s high will be closer to 53.  A north breeze at 10 to 17 mph will make it seem cooler.  The winds will die down this evening.  Tonight/Tomorrow morning will be the coolest we’ve been so far this season, with middle 30’s in many spots.  Patchy frost. 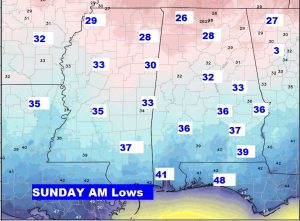 NEXT COLD SHOT THIS WEEK:  Interesting weather week ahead. An important cold front will deliver a brief shot of much colder air.  Showers are likely Monday, Monday night, with some leftover showers possible Tuesday morning, behind the front. 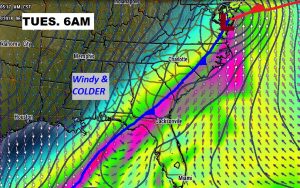 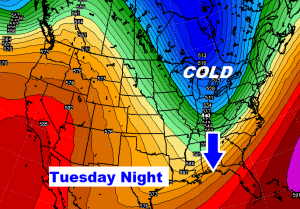 Tuesday will be a windy, raw November day.  Temperatures will fall through the 40’s, reaching the upper 30’s by evening.  The gusty winds will make it seem at least 10 degrees colder than it really is.  Skies will clear Tuesday evening.  Wednesday’s morning’s low will be at or below freezing for the first time this season.  (The average date of the first freeze is November 19th.  Last year November 20th)  The wind chill Wednesday morning will be in the upper teens or low 20’s.  Thursday morning, a few spots could reach the upper 20’s. 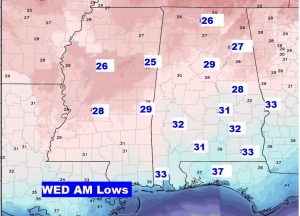 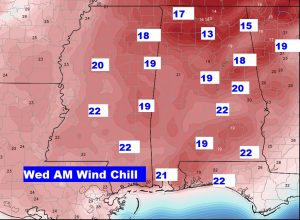 NEXT FEW DAYS:   Veterans Day will be a nice Fall day.  After a COLD start, the afternoon high will reach near 58.  (That’s 13 degrees below normal. )  There could be a late day shower, with a better chance of showers Sunday night, Monday and into Tuesday morning, ahead of that strong cold front.  Tuesday will be a windy, raw, November day with falling temps.  Coldest mornings will be Wednesday and Thursday morning, with the season’s first two freezes likely. 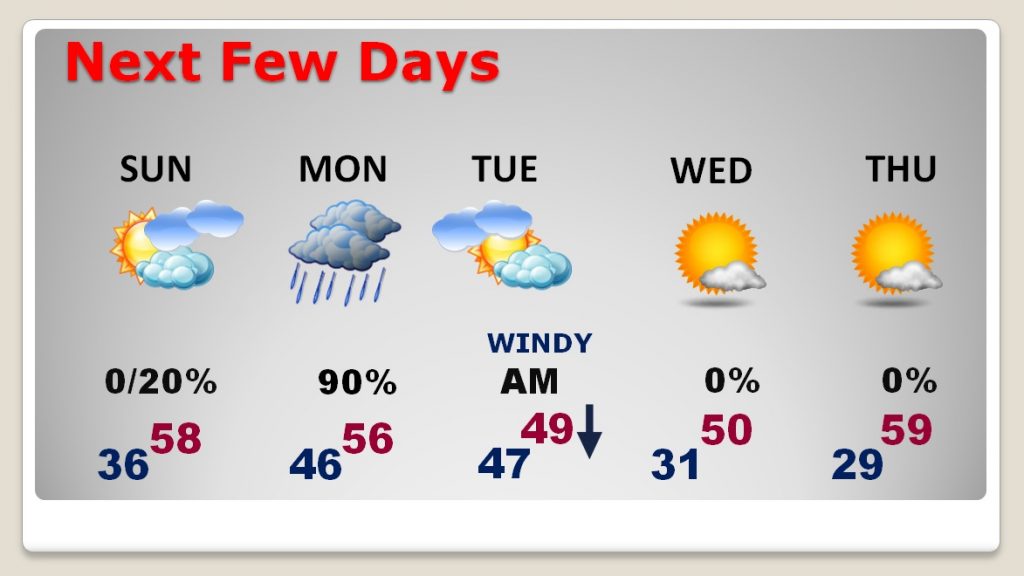 LOOKING AHEAD:   here’s some raw numbers from the GFS model for the next days.  I wanted to show you how our temperatures won’t stay cold for too long.  We’ll start a big recovery during the weekend of November. 17/18th. 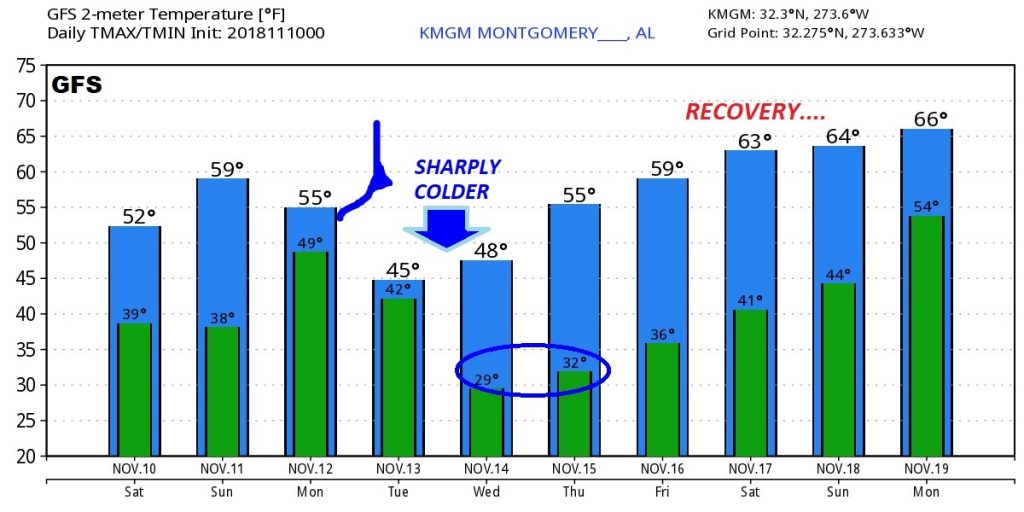 Have a nice Saturday! Good football weather today.  I’ve got the first fire in the fireplace this morning.  Bailey is by my side curled up on the couch.

There will be another blog update for you early Sunday morning, with an update on the Cold week ahead.  I will have your next complete video update Monday morning online by 4:45AM.