Happy Friday!  Very interesting times ahead, in the next 5 to 7 days.  I have an update on a chilly, but storm-free weekend.  There’s an interesting storm system on Tuesday that could bring a rain/snow mix to the state, changing to snow.  Will the snow accumulate?  I have some model ideas on that.  But, that’s not the headline news. The bigger story is about the bitter cold air Alabama will be sampling by mid week.  I’m talking the ‘Real Deal’ kind of Arctic Cold.  How cold, you ask?  Check out your Friday morning personal weather briefing for some interesting details.

Chilly day today and the coldest night will be tonight as we fall into the 20’s. 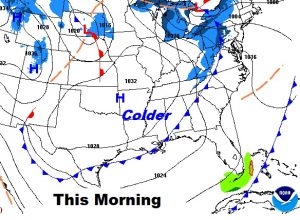 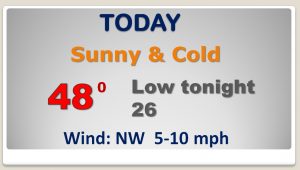 Mid to upper 20’s in central Alabama by Dawn, with upper 20’s south.  Wind chill will not be much of a factor. 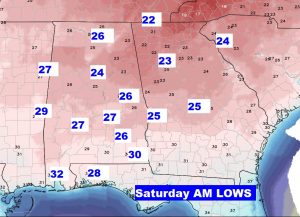 Chilly but storm-free weekend.  Next storm system Tuesday with rain first, then a mix, then perhaps changing to snow before ending.  BITTER COLD air arrives by Tuesday night in through mid week. 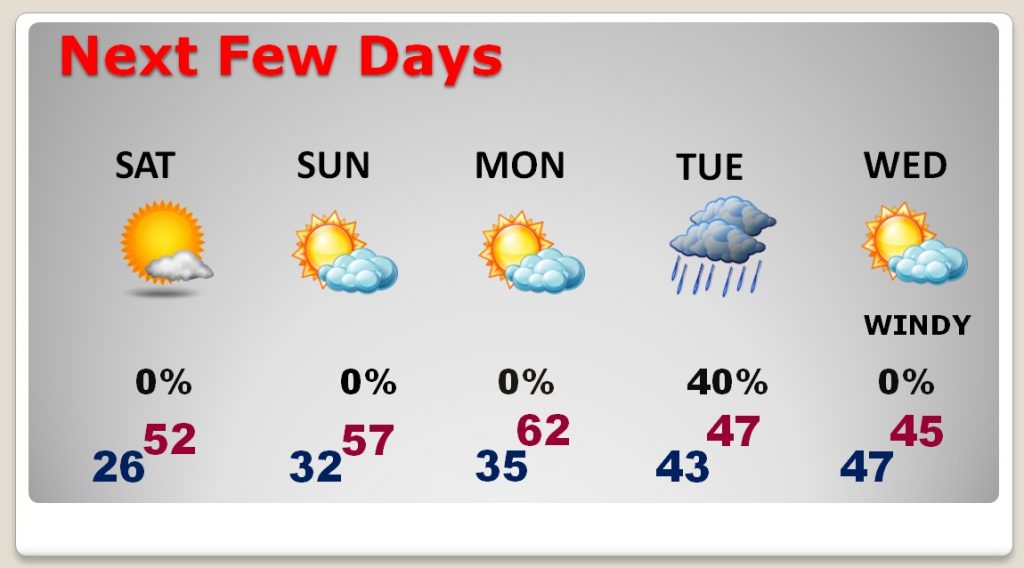 Here’s a snapshot of Noon Tuesday on the GFS and EURO model showing a changeover taking place in central Alabama.  Rain to a mix to perhaps, changing to a wet snow for a few hours before ending. 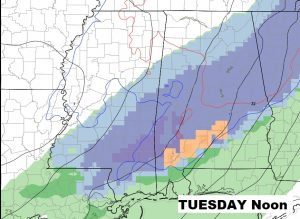 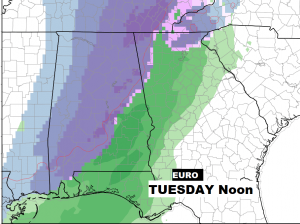 Could it accumulate?   The GFS is most bullish.  It says there could be an inch from Akex City/Marion line northward.  (a dusting perhaps in central Alabama.)  The EURO model is more believable.  It indicates maybe a dusting north of a Selma/Clanton line, and accumulating snow north of Birmingham. 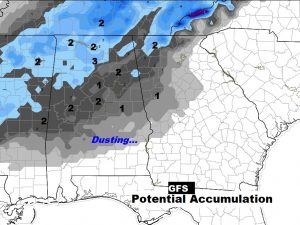 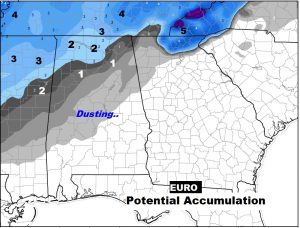 The BIGGER story is The “Real Deal” Arctic cold pouring into the United States next week and funneling southward.  Extremely dangerous brand of cold in parts of the Midwest and Ohio Valley.  But, we’ll sample some of the very cold air, too. 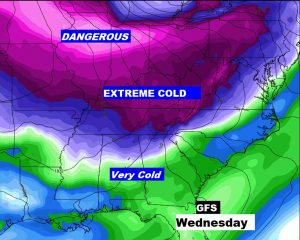 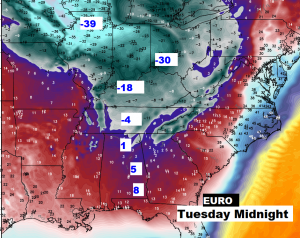 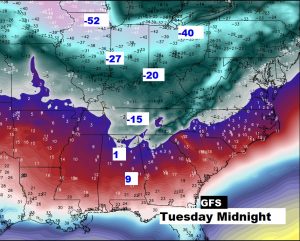