This blog update contains the word snow several times.  Now, that I have your attention, the big news involves the weather Tuesday, and what follows.  An Arctic Cold Front enters the state in the Tuesday pre-dawn hours.  For many of us, rain may start the day, which will turn to a rain/snow mix, and then snow before ending.  On this blog update, I’ll fill in the details, of who could see accumulation, and the drastic temperature drop Tuesday and Tuesday night, as brisk northerly winds transport a taste of what I call ‘The Real Deal Arctic Cold’.  What we’ll see in Alabama is just a ‘sample’ of the cold.  In other places we’re talking serious, dangerous, life-threatening cold – much like the famous Polar Vortex episode in 2014.  Remember that?

WINTER WEATHER TUESDAY:  Precipitation begins before dawn for many of us in central Alabama, as the Arctic Cold front moves southward.  Much of the precipitation is actually behind the front.  Rain, on Tuesday morning, will mix with snow, by mid morning, if not before.  The mix will quickly change to all snow before ending early Tuesday afternoon. It will be a WINDY, cold day with drastically falling temperatures.  Here’s a mix of the GFS at 6AM and the Euro model at Noon. 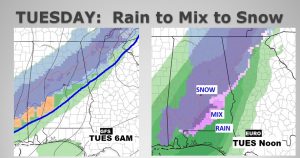 How much snow could fall?   I’m going to show you two possible scenarios.   The first one, in my mind, is more likely.  The NWS accumulation idea show 1.5” or more mainly from Birmingham (I-20) northward.  Perhaps 1/2 inch to near a Clanton/Selma line. 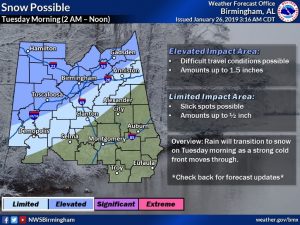 Here’s the most “bullish” idea of possible accumulation, from the EURO model.  It prints out even up to an inch in central Alabama, and a dusting into south Alabama.  This is probably way to bullish, but I’m saying this on Saturday.  Who knows what new revelations will impact this forecast before Tuesday?  This scenario is much more high impact.  We’ll look at this again tomorrow morning. 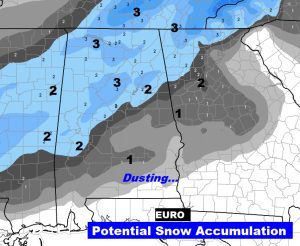 BITTER COLD ARCTIC AIR APPROACHES:  Make no mistake about it.  Winter is approaching the United States.  The dreaded polar vortex will cause life-threatening cold in spots.  Here’s the set-up Tuesday evening, showing the corridor of Arctic cold from Canada into the South. 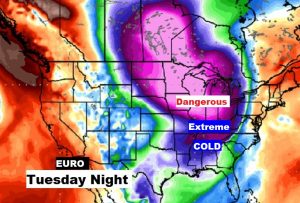 Here’s a sample of potential wind chill Tuesday night at Midnight, off the Euro model, from single digits in north & central Alabama, -9 Nashville,  -18 Indianapolis, -33 Chicago, and in the minus 40’s and colder in the Midwest. 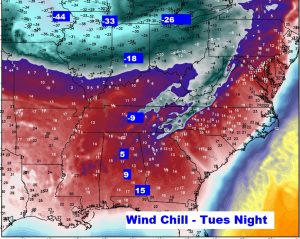 NEXT FEW DAYS:  Sunday and Monday are a little warmer, before the Winter Mix and snow Tuesday, with falling temperatures.  Coldest mornings are Wednesday and Thursday.  Coldest air of the season, for sure. 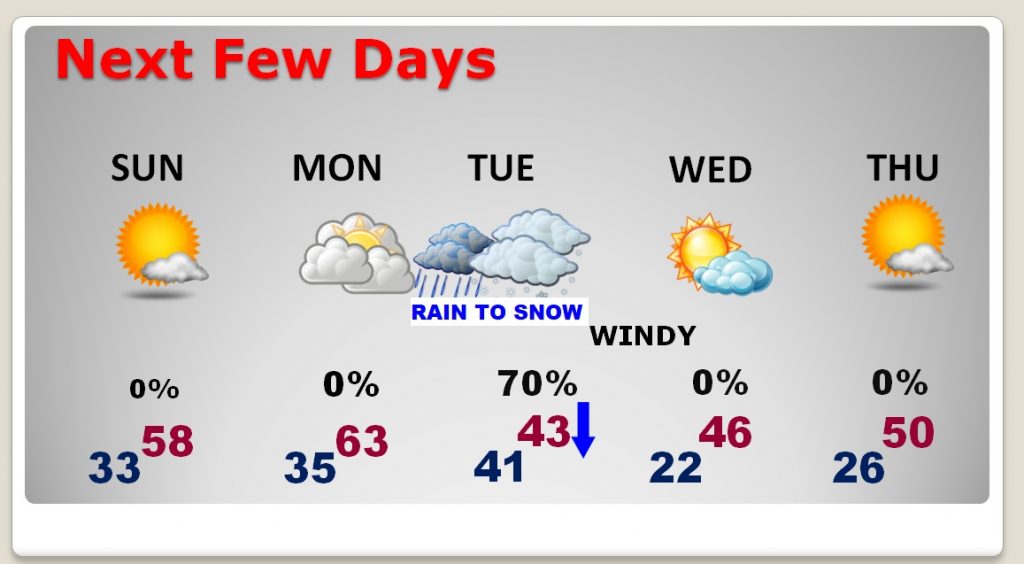 Here’s an idea on how Tuesday could play out, hour by hour…  We’ll update this tomorrow.  I’m using Montgomery as a reference point. 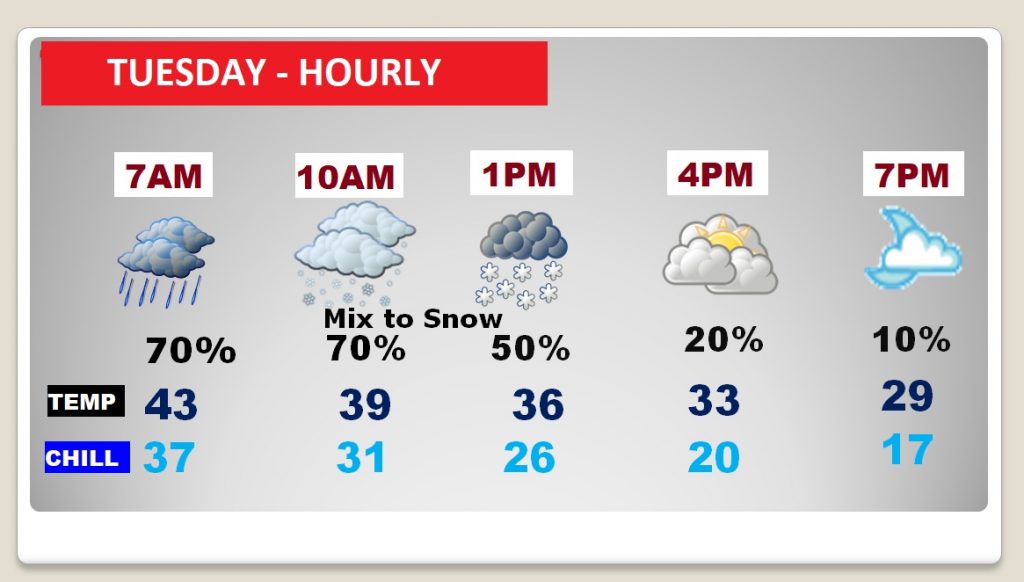