We had a 90 degree Saturday, and it looks like we’ll be in the same neighborhood today.  A fizzling frontal system approaching the state will increase the risk of a shower or thundershower, by this evening, tonight & Monday.  But, the big story is about the trend to hotter temperatures in the week ahead.  We will be trending well into the 90’s, and even some upper 90’s by the Memorial Day weekend.  The first heatwave of 2019 is looming, as a massive upper high builds over the Southeast US.  That spells hot & dry weather.

Here’s one of the hi-res Future Radar snapshot of the potential shower set-up in west Alabama by about 5:30, well west of I-65. 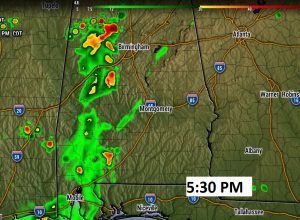 Here’s the Map set-up on Monday afternoon.  Scattered thunderstorms are most likely along and south of the “fizzling” frontal system. 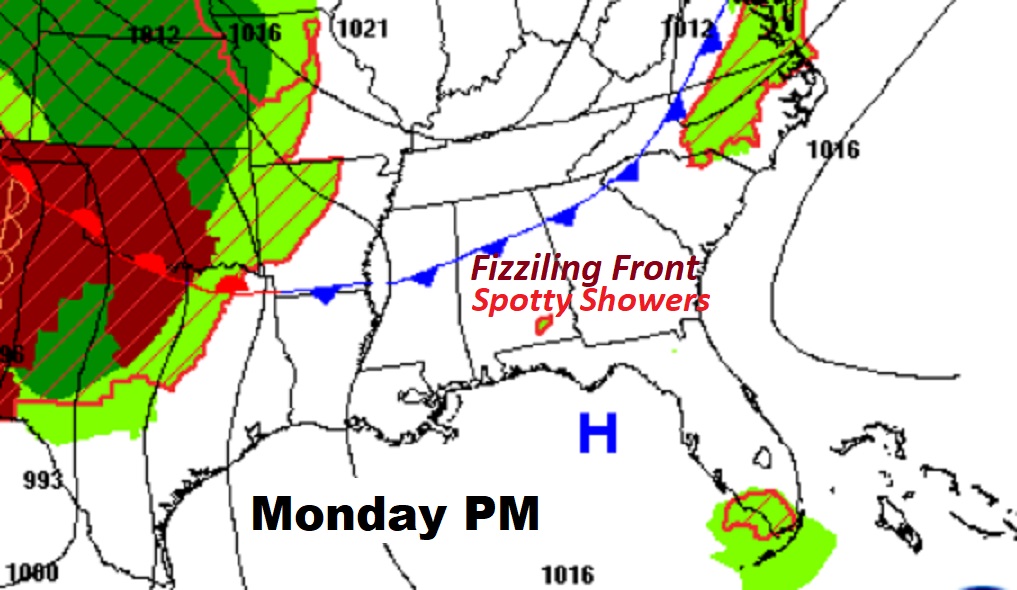 NEXT FEW DAYS:   Scattered thundershowers will be around Monday, as that weak front continues to fizzle.  But, starting Tuesday, an upper ridge of high pressure builds over the Gulf South.  Sunshine will be dominant and highs will soar into the mid 90’s by the later half of the week.  By Thursday, the afternoon heat index will be near 100. 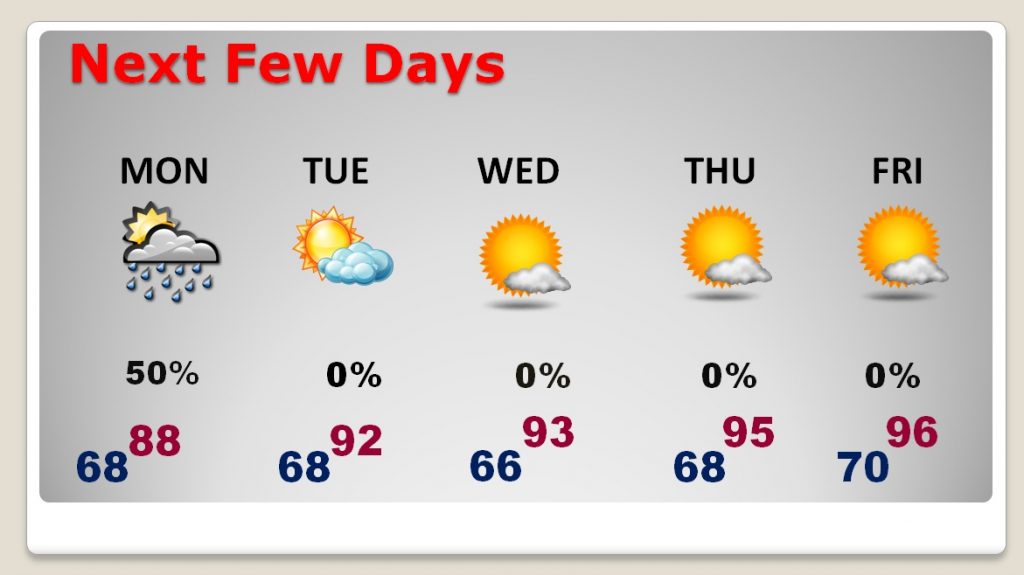 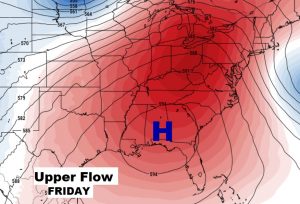 Highs over the Memorial Day Weekend could reach the upper 90’s.  If you have outdoor plans, we should be dry for several days.  Plan on staying hydrated during the hot weekend afternoons. 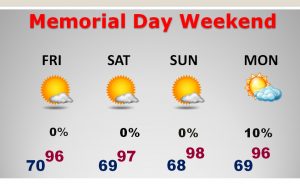 TROPICAL UPDATE:  We are less than 12 days from the official start of hurricane season, but already NHC is watching a disturbance north of Hispaniola, which has a 40% chance of development in the next 5 days.  No threat to the United States.  Just interesting.  A sign of the times.  We are getting closer to tracking the tropics. 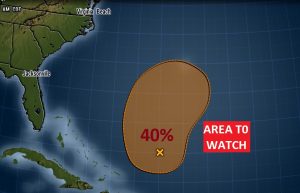 I’ll have a complete video update Monday morning, online by 4:45AM.  We’ll focus in on the details of the week ahead, and I’ll update you on Memorial Day Weekend.  Have a Great Sunday.