Yesterday was a rare summer day when most towns got wet. But, it was truly a situation of “feast or famine”.  Some towns had 2 or 3 inches, or more.  The Montgomery Airport, with .02”, is a good example of the other end of the yardstick. Today, again, most towns will get wet.  Again today, storms will be ‘slow movers’.  You could get flooding rain at your house, while adjoining neighborhoods get very little.

Looking ahead, there will not be as many storms around Sunday and Monday.  They will be scattered and random.  But, by Tuesday, the rain chances will increase again, as a Rare Summer Cool Front enters the state and tries it make it all the way down to the coast.

TODAY:    High temperatures will average near 90.   The best chance of dry weather will be in the morning.  Like yesterday, showers and storms will become rather numerous by lunchtime, and through the afternoon into the evening, before fading out at night.  Slow moving storms will produce locally heavy rainfall in spots.  A few of the stronger storms will have gusty winds to 40+ mph, and intense lightning.  Low tonight 74.

NEXT FEW DAYS:   On Sunday and Monday, showers & storms will be “scattered” and random.  But, on Tuesday, a frontal system will bring numerous showers & storms.  By Wednesday, the better rain chance will shift to the coast.  The front will knock the temperature down a few notches. 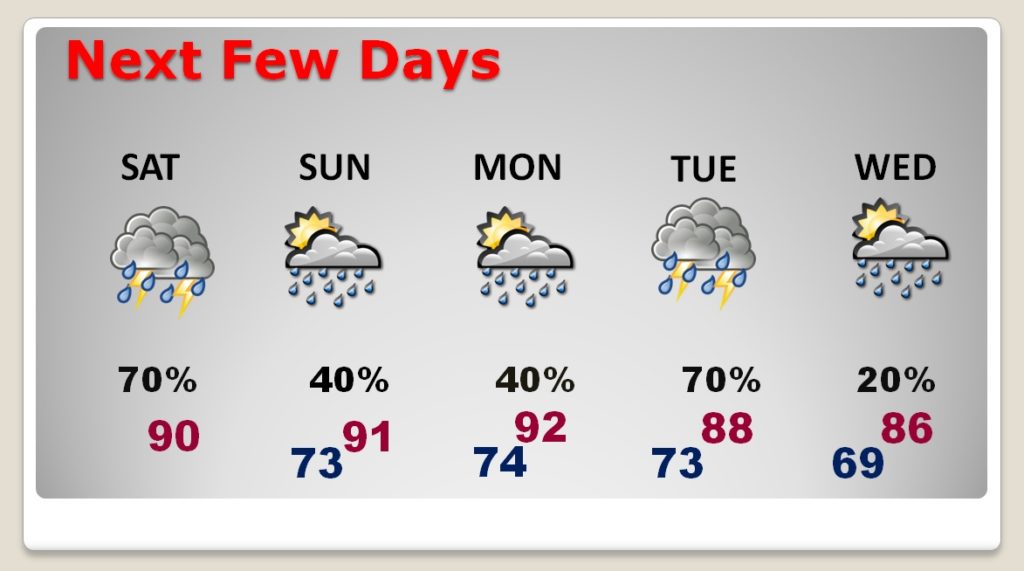 BEACH FORECAST:  Showers and storms will be widespread and numerous today.  The storms will thin out a bit on Sunday and Monday.  Rain chances will spike again Tuesday through Thursday.  Storms will be numerous.  Officials in Walton and Bay County Florida warn:  “Strong a frequent rip currents are possible”.   This will effect many popular beaches from Destin through the 30-A  Area, eastward to Panama City and Mexico Beach.   Watch & obey the beach warning flags. 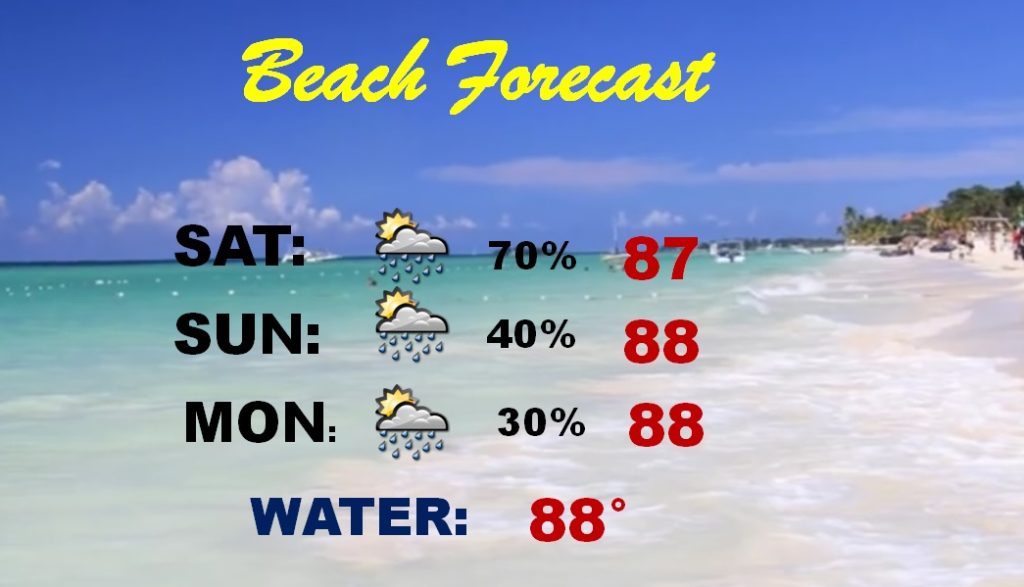 RARE SUMMER FRONT:  Here in the Southeast US, it’s very rare when a ‘cool’ front actually makes it southward into our area.  The success rate of a front making it all the way though to the coast, and delivering a shot of Nice Air is terrible.  It rarely happens.  This week, however, it’s possible we may see a successful frontal passage.  It’s certainly possible.  The GFS and the EURO model are now on board.  Showers and storms will be widespread Tuesday ahead of the Front.  Then, some much nicer air, with lower humidity filters in as far south as the I-85 corridor by Tuesday night / Wednesday morning.  The nice air may not be around long, but it will be a novelty.

MOON LANDING ANNIVERSARY:  This day means a lot to me.  This is the 50th Anniversary of the day Man landed on the moon and later, walked on the moon for the first time.  I was a 13-year-old boy, living in Sheffield Lake, Ohio, and I was all about the journey from  Mercury through Gemini and Apollo, step by step to get us to that amazing day in 1969.  I will never forget how it felt.   The landing happened at 3:17 PM CDT, and  Neil Armstrong’s first step was at 9:56:20 PM CDT.  I watched it all on THAT TV, in THAT house, one mile from Lake Erie, just west of Cleveland, Ohio. 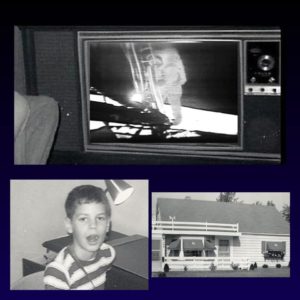 My Hometown newspapers from 1969, which I saved.  The Lorain Journal and the Cleveland Plain Dealer. 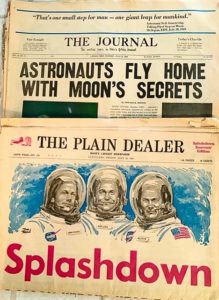 I will have another Blog update tomorrow morning.  Have a nice weekend.