The news I have for you is not good. Intense late Summer Heat continues. The Heat Wave High is still in place, and holding steady for several more days.  We had hopes for some tropical raindrops earlier in the week, but that has faded.  The rain prospects for the next several days are poor.  We’ve had record-breaking 100 degree heat for the last two days and it appears the intense heat is locked in for at least the next five days.    Here’s that big upper level heat wave high which will not budge.

TODAY:   The record high for today is 98°, from 1991.  We will be in that general neighborhood later. Not a nice neighborhood.   Sunshine.  Blazing heat.  Could there be an isolated storm somewhere?  Not likely.  Rain chances generally under 20%. Tonight’s low 74.

NEXT FEW DAYS:  We are about 8 days till the first day of Fall.  But, take a look at the temperatures for the next several days.  Mostly upper 90’s to near 100 through Wednesday.  Possibly a little lower by late week.  I’ll keep a 10% rain chance in the forecast each day, because it’s summer in Alabama. 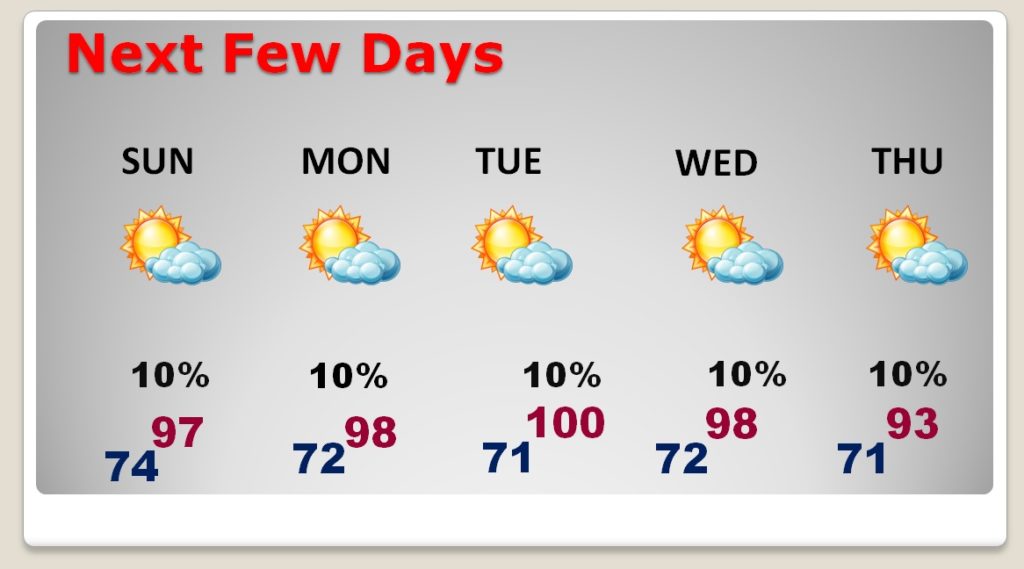 RAIN PROSPECTS NOT GOOD:  This is looking serious and not good.   No significant rain to speak of through the next seven days.  I don’t see any significant “rain-maker systems” in the next 10 days. 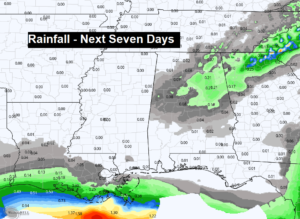 The next Drought Monitor map will come out next Thursday.  It should look a lot worse than this one.

LONGER RANGE:  I am still hopeful that we will see more reasonable temperatures during the last week of the month.  Days will be more comfortable, and nights will be cooler. Hang on…  Here’s the GFS raw temperature guidance numbers for the next 16 days.

TROPICAL STORM HUMBERTO:  That Depression in the Bahamas has become Tropical Storm Humberto.  It looks better organized.  Unfortunately, it will bring tropical storm conditions to the northwest Bahamas, but on the new forecast cone, the threat to the United States has diminished. 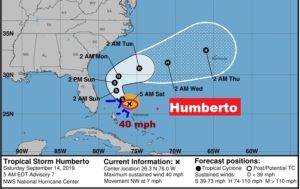 ELSEWHERE IN THE TROPICS:  The National Hurricane Center is tracking five systems now.  Closest to home is that Area to Watch in the Gulf.  That system, currently associated with a westward moving Upper Low, could become something down the road in the western Gulf.  The only other interesting system is Invest 96-L in the tropical Atlantic has a 60% chance of development.  Models suggest that we should continue to monitor the future progress of this system in the week ahead.  And, we will. 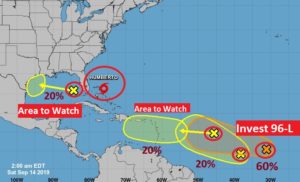 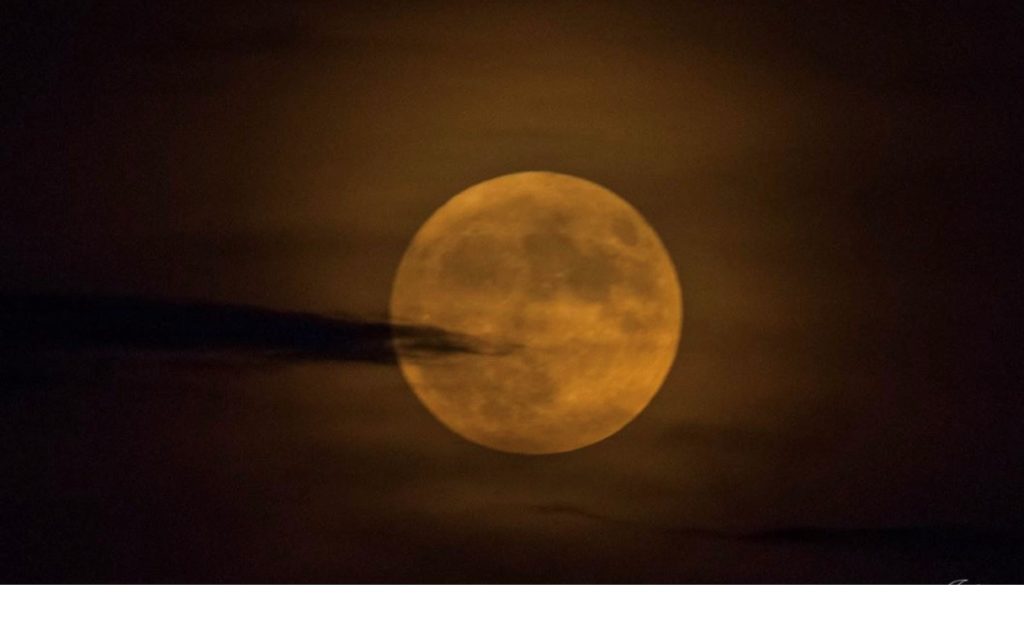 Hope you have a nice Saturday!  I’m ready for lots of Football, (and some Braves Baseball, too).

I will have another Blog update tomorrow morning.  Have a nice weekend.   Stay cool.