Good Morning!  There were a few raindrops in Alabama yesterday, but not many.  Now, the rain prospects for the next 7-10 days are not good.  To add insult to injury, the intense heat is building again.  We will be teasing, tying or breaking a record high for each of the next six days.  When will this end?  Will we get any help from the Tropics.  I’ll show you which tropical system we need to watch.  I have an update on your hot weekend forecast.

The Weak front in the state fizzles out.  Meanwhile that big heat wave high over us gets stronger, and we get hotter. 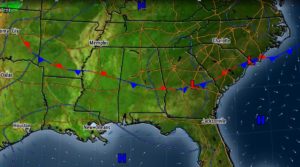 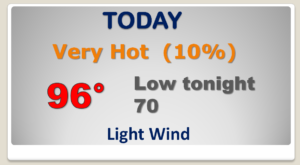 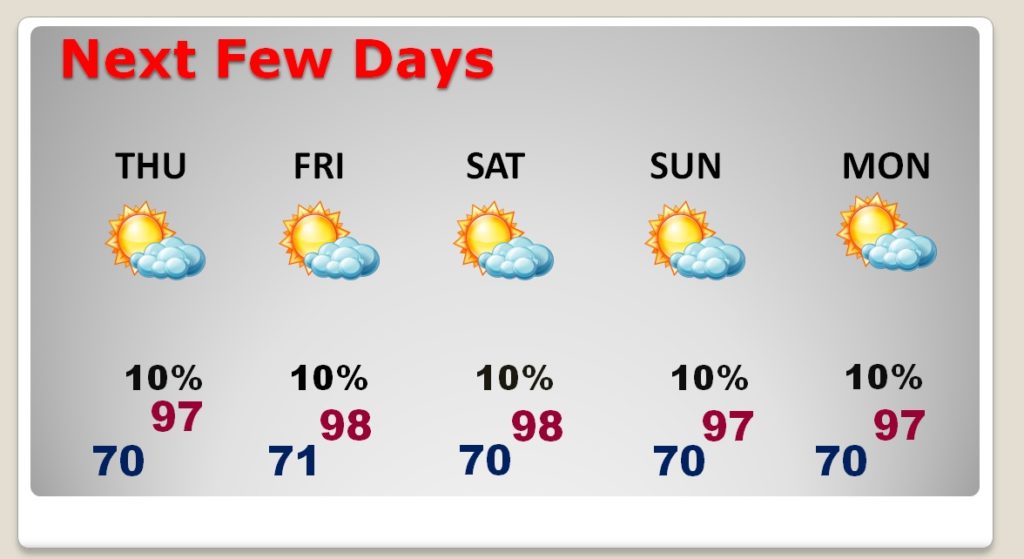 Several Record High temperatures will be tied or broken over the next 6 days, and it appears we are headed for the All-Time Driest September in Montgomery weather history. 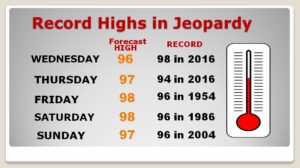 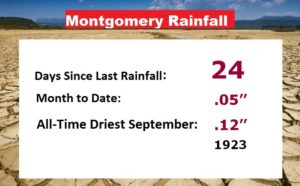 That Gulf Area to Watch will not help us with any rainfall. 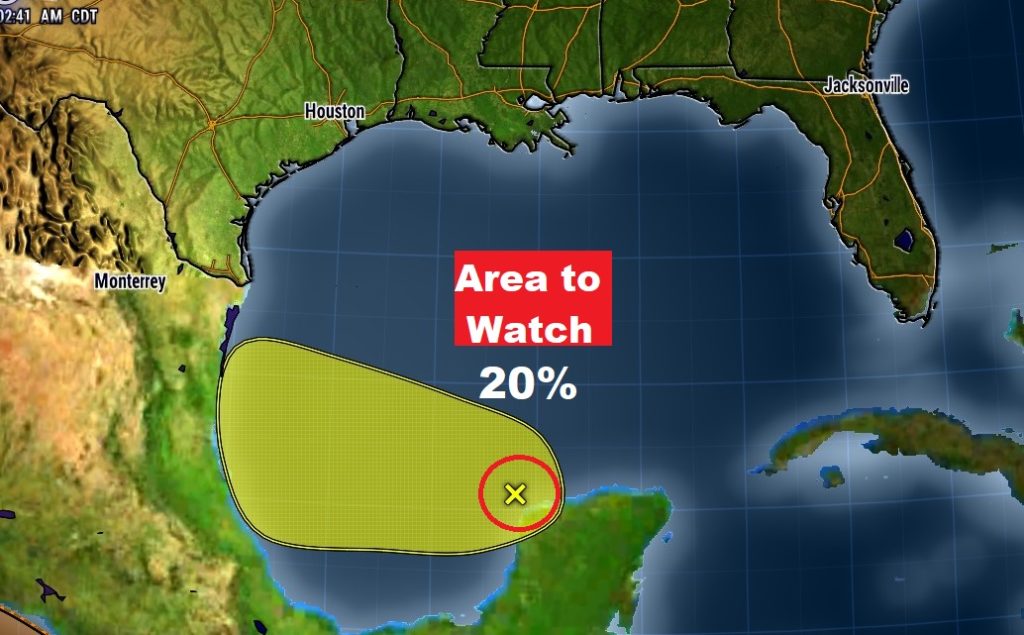 Jerry has become POost Tropical.  Lorenzo will be a major hurricane but will take a big curve into the eastern Atlantic.  Karen has potential implications for the United States down the line.

Karen moves northward, then hits an Upper High roadblock and turning west toward the Bahamas and maybe toward the United States. 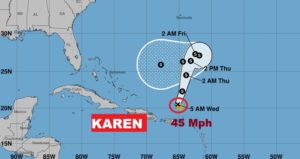 Here’s the EURO Ensemble spaghetti models.  Could Karen be in the Gulf of Mexico someday?  Karen’s future forecast is a difficult puzzle. 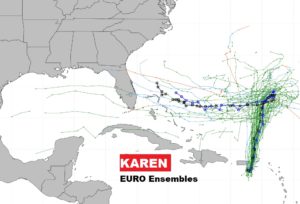