Good Morning!  Here we go.. Yesterday our record high temperature string began as we tied the 98 degree record.  Today, and for the next 5 days, at least,  New Record Highs will be established or broken.  Still we are DRY, and the rain prospects are not good.  I have the new 7 and 10 day rainfall outlooks.  Any help from the tropics?  Plus, I have a peek into the future.  Will there be some frontal relief on Fair Week?

The upper level heatwave high will stay in place for several days.  Today’s Record High of 94, from 2016 and 1984 and 1954) will EASILY be broken….following yesterday’s Record tying 98. 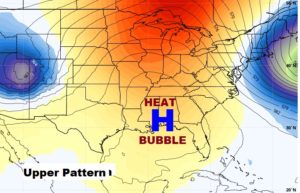 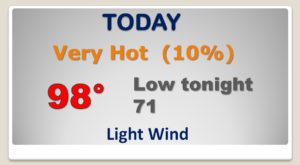 One of the Hi-res models prints out a couple of showers in East Alabama this afternoon.  Still though, I’ll keep the rain chance right at 10%. 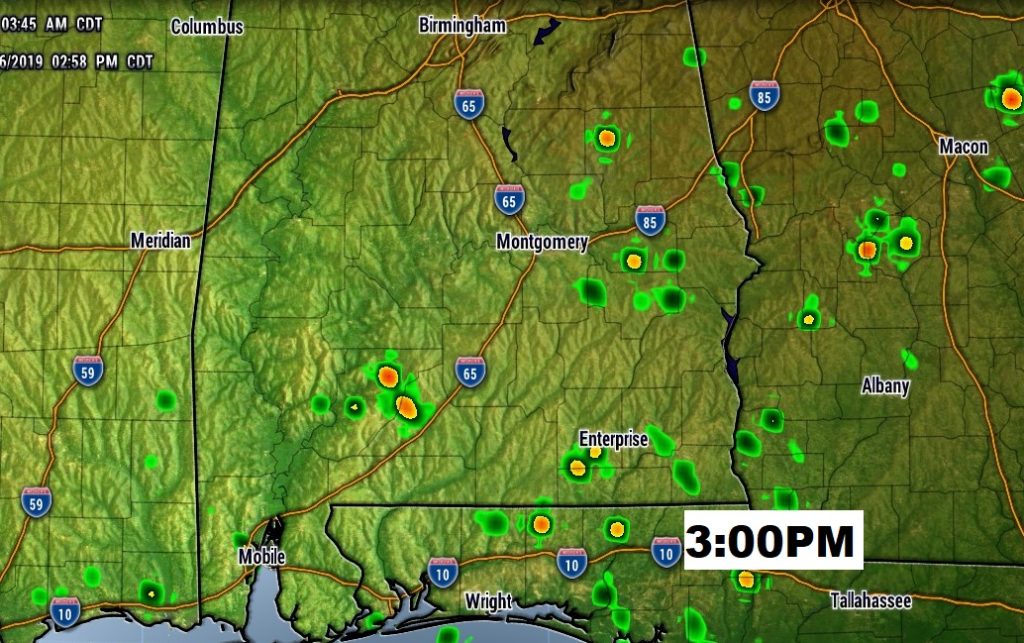 Hot and Dry next several days.  Normal high is 85.  We’ll be in the upper 90’s which will break records and I’ll keep the daily rain chances at 10%…at best. 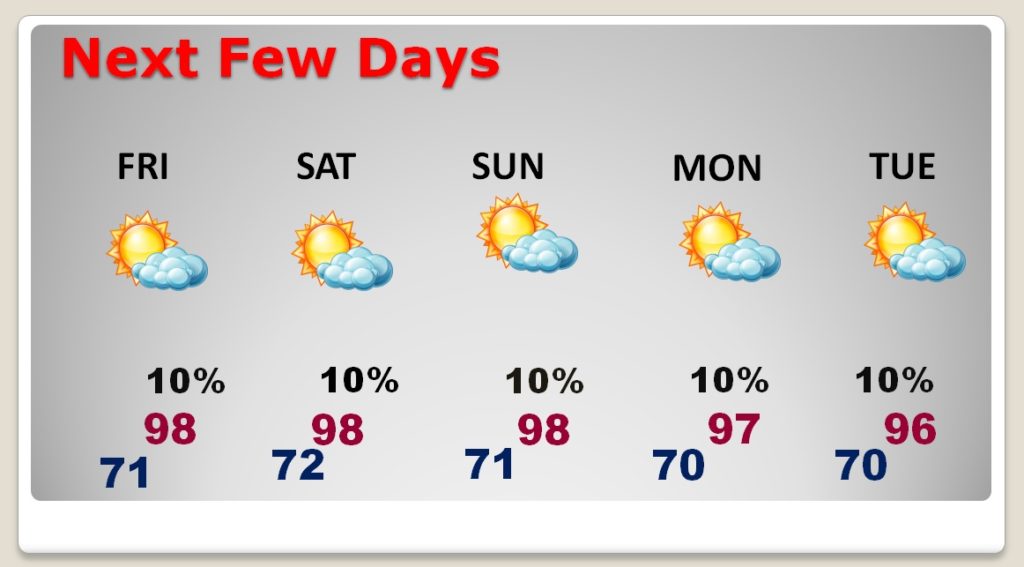 Yesterday’s Record tying 98 was just the start.  I think we will break or tie records for at least SIX days straight. 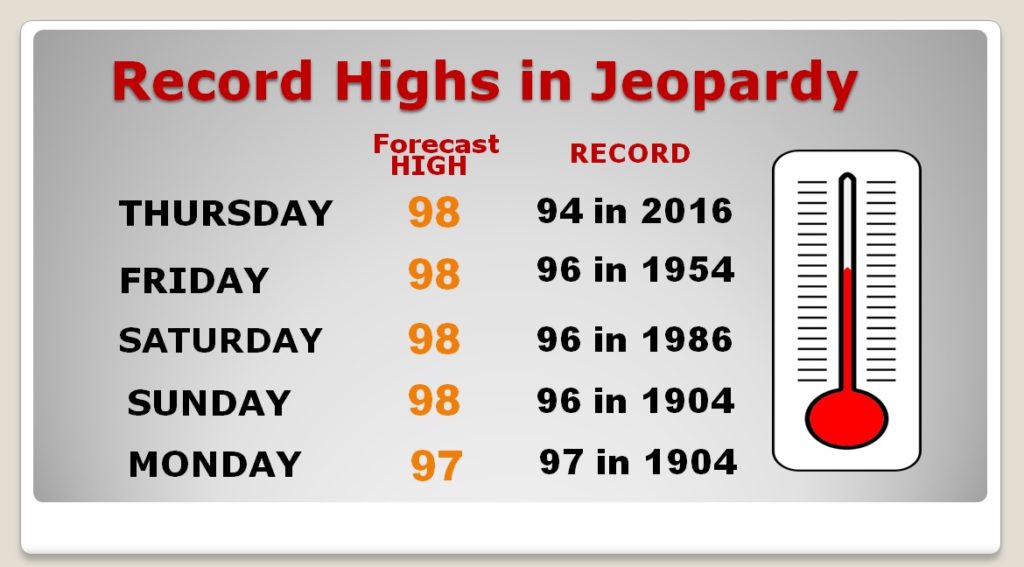 This map speaks for itself.  UGLY.  Depressing.  The 7 day rainfall potential from WPC. 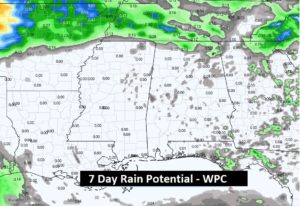 Now 25 days with NO rain at the airport.  Headed for the driest September in Montgomery Weather history.  Records began in 1872. 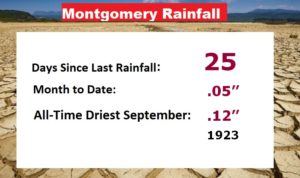 In the tropics…only 2 players left on the map.  Cat 2 Hurricane Lorenzo will become a Major Hurricane and turn northeast through the East Atlantic.   The other storm is Tropical Storm Karen…with a very odd shaped cone. 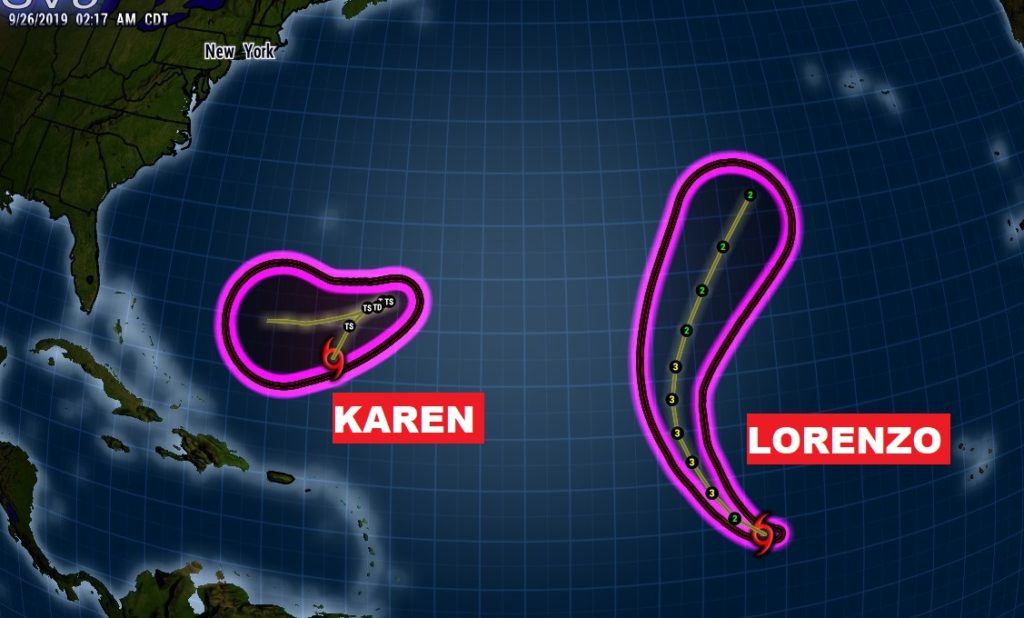 Karen is a minimal Tropical Storm with 40 mph winds.  It’s northward movement will be stopped by building upper level high pressure.  This may make the storm pause and loop before heading westward toward the Bahamas.  It’s future health is in question.  It could weaken to a depression over the weekend. 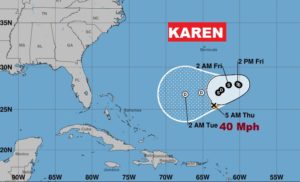