Good morning!  Wet weather is making a comeback, as a fast moving storm system crosses the Gulf States today and tonight.  Showers are likely, and even a few thunderstorms.  The timetable has been adjusted, again.  I’ll show you Future Radar, and how much rain could fall.  I made a few weekend forecast, too and we’ll take a peek at storm system around the middle of next week.  Are we done with Arctic air for now?  We’ll look ahead.

The storm system near Shreveport this morning will drag a warm front northward into Alabama later today.  Showers will become likely especially later on this afternoon and tonight.  A few thunderstorms are possible, too. 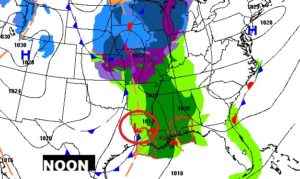 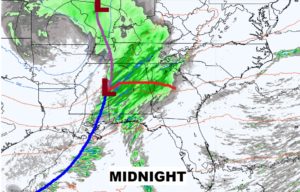 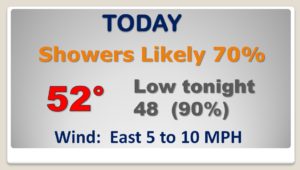 Here’s a couple of Future Radar snapshot tonight, as the line of stronger storms crosses the state. 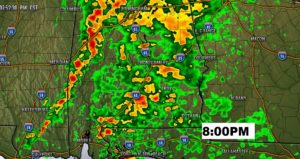 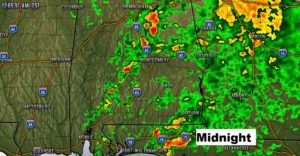 The front moves through tomorrow morning.  Friday afternoon will show some improvement. 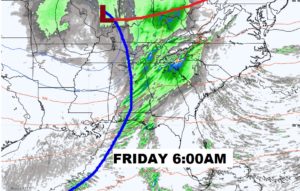 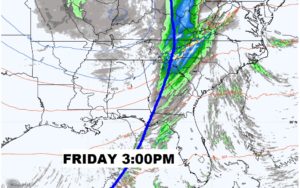 Some towns could get some locally heavy rainfall.  Some areas could see 1 to 1.5″ or more. 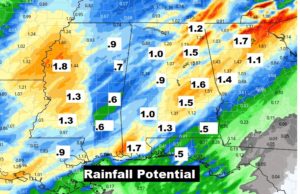 The storm system moves out of the way just in time for the weekend.  Sunshine and relatively mild temperatures Saturday.  I have very tiny rain chances in the Sunday forecast, as a Gulf disturbances brushes by the area.  Warmer Monday. 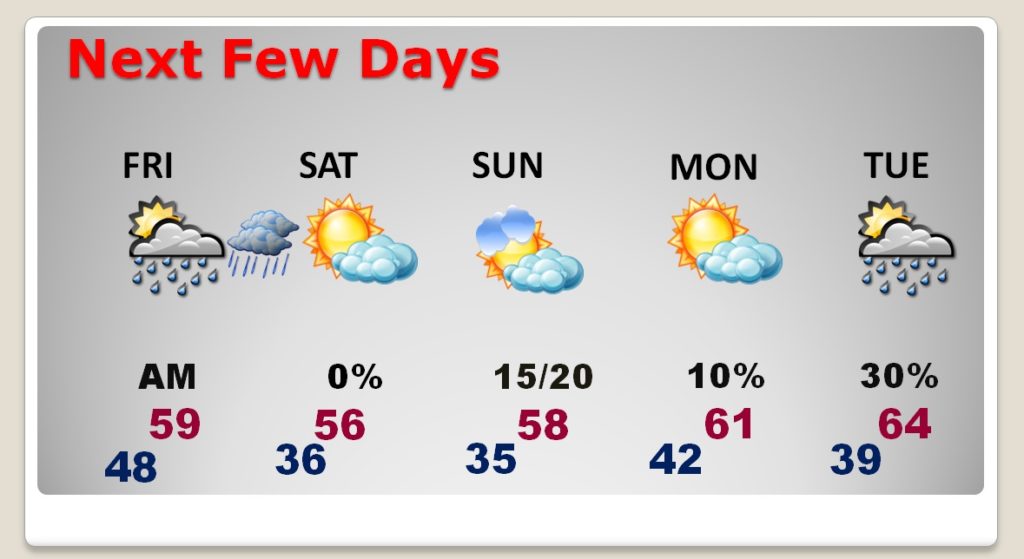