Good Morning!   The news is very good, just in time for the weekend.  That bright object in our sky today, is called The Sun.  Get used to it.  Sunshine will be in abundance through the weekend.   Alabama will be able to dry out for the better part of 4 days straight.

However…rain will return next week.   Part of our state could see drenching rain again. 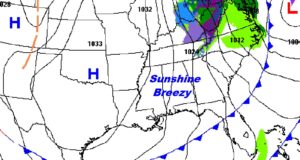 NEXT FEW DAYS:  Simply beautiful weekend.  Chilly nights and mornings in the 30’s…  BUT, abundant sunshine both Saturday and Sunday is just what the doctor ordered.  Low 60’s Saturday.  Upper 60’s to near 70 Sunday.  Low 70’s Monday.  Showers return Monday night, & Tuesday.  Periods of showers Wednesday and through the end of the week. 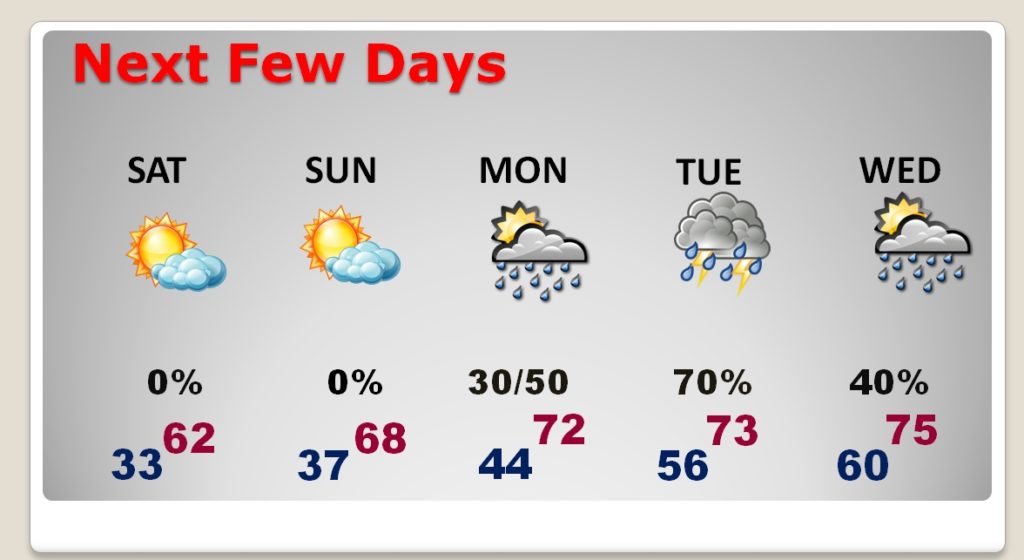 RIVER FLOODING:  Rivers in central and south Alabama are high and getting higher.  Several orange dots on this map show where rivers are above flood stage.  MODERATE flooding is indicated at Montgomery  along the Alabama River, and along the Pea river at Ariton. 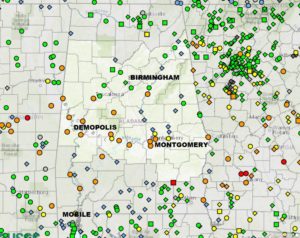 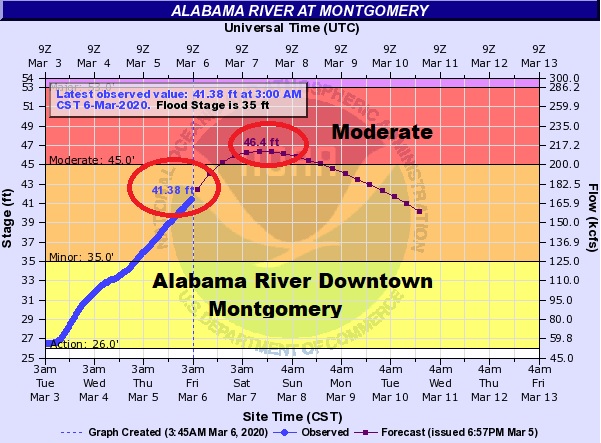 MORE RAIN NEXT WEEK:  Don’t look now, but more rain will be around, from time to time, next week.  Once again, parts of the state could see some significant rainfall totals.  Looks like some of the heaviest rain will be late in the week. 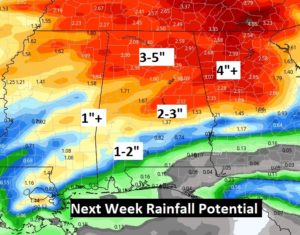 I’m on the road this morning, on the Alabama Gulf coast.  That’s why you have a blog update instead of a video.  It’s just easier. I’ll have additional blog updates over the weekend.  My travelling microphone is with me, so you’ll here my forecast across the dial on the 8 Bluewater stations, of course.  Have a great weekend!   Enjoy the sunshine!