Good Morning!  Following Easter’s Sunday’s big storm, which swept across the South, it’s nice to know that we’re in for a string of nice days.  Cooler air is on the way.  Parts of North Alabama could see some frost tonight.  Today will be nice, but Wednesday will be a much cooler day.  Get out the jackets, because we’re in for a few chilly nights.  When will rain return?  What about the weekend?  We’ll look ahead.  What’s the next big deal for Alabama?

In between storm systems, we are in for a nice day today and a chilly night tonight. 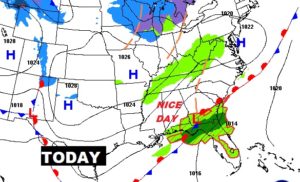 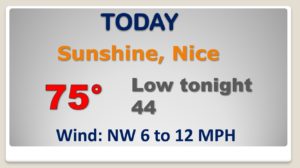 Tonight will be colder than last night.  Even some frost across the northern third of the state. 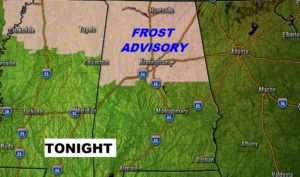 COOL and breezy Wednesday.  Chilly nights ahead.  Risk of showers over the weekend. 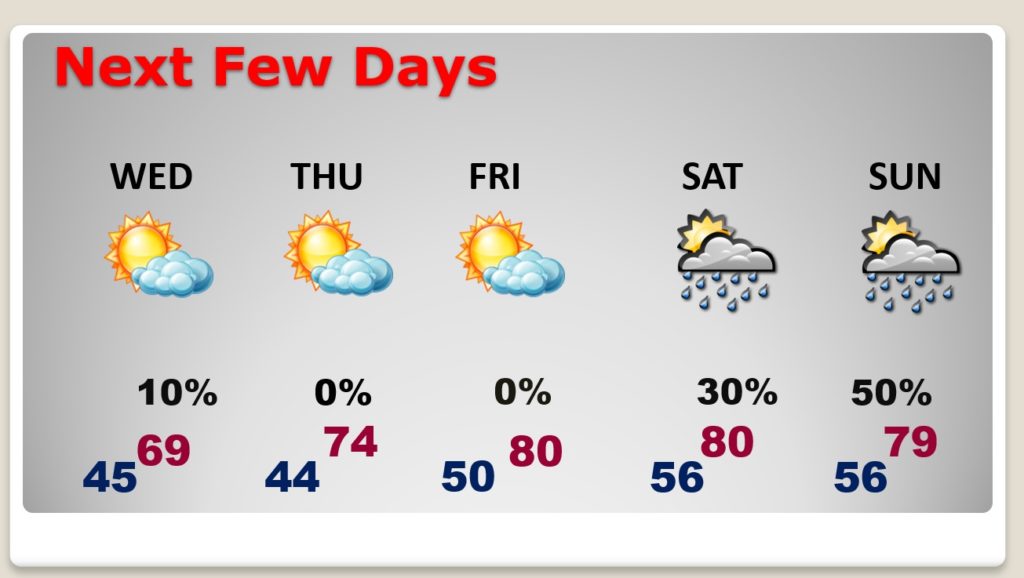 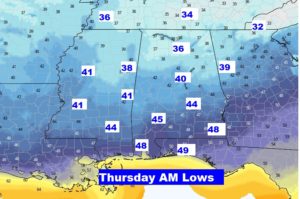 GFS temperature guidance suggests lots and downs over the next 14 days, but nothing drastic.

Could this be the next big deal storm system later in the month? 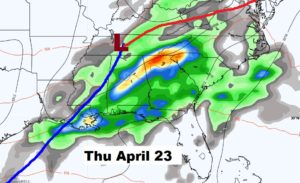