Good Morning!  Cooler air is flowing to Alabama.  Today will be about 12 degrees cooler than yesterday.  We are headed for the 40’s tonight.  But, hold the phone.  The second cold front which arrives by the weekend is pretty amazing for May.  The air has arctic origins.  In some parts of the eastern United States this airmass will be historic.  It’s a good thing we are not in January or February.  Could much of north Alabama have a late season frost by Sunday?  I’ll break down the details for you.  I have lowered the projected temperatures for the weekend. Plus, what’s going on in the Gulf of Mexico?  Could we see some tropical development in the Gulf this weekend? 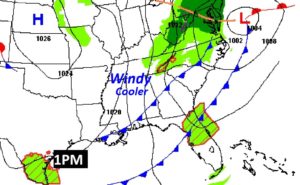 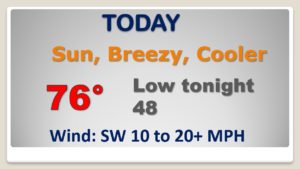 Stage one of cooler air in place.  40’s by dawn Thursday.  Showers and thunderstorm,s late Friday and Friday night in front of Cold front number two.  Then sharply cooler this weekend.  VERY cool for May. 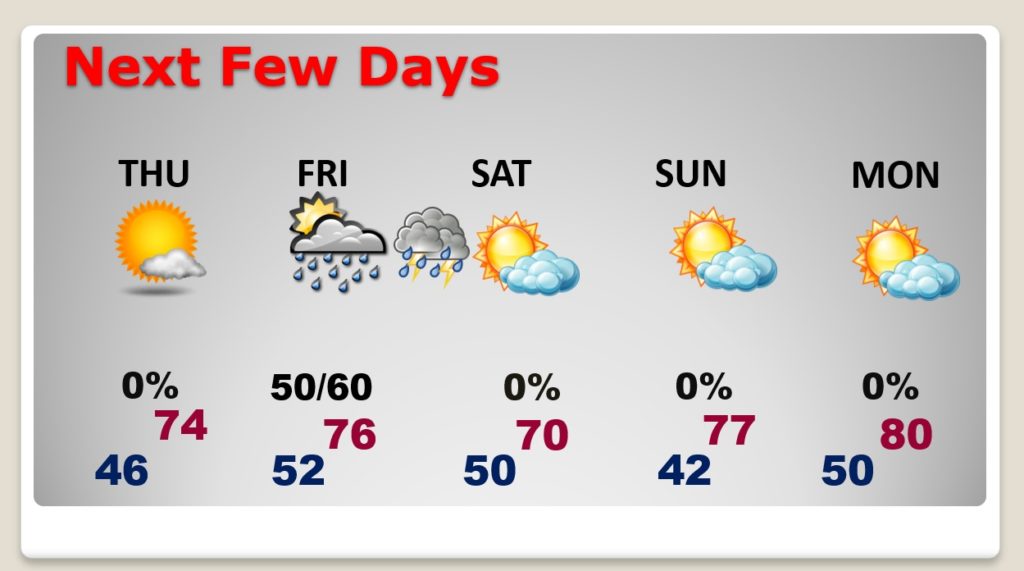 The Air Mass that will enter the United States has Arctic origins.  It’s not only a shocker.  It is historic in nature for May. 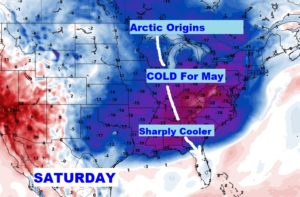 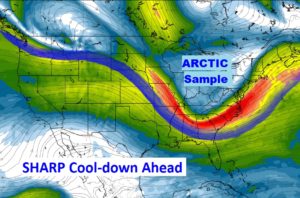 LATE SEASON shocker for May.  Here’s the lows around Dawn Sunday morning.  Wow..  This is a big deal this late in the season! 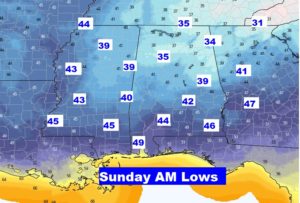 Could there possibly be some pre-season tropical system in the Gulf this weekend?  Stay tuned… 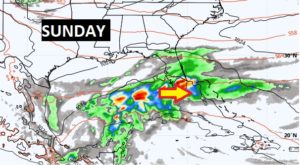 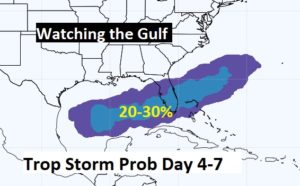